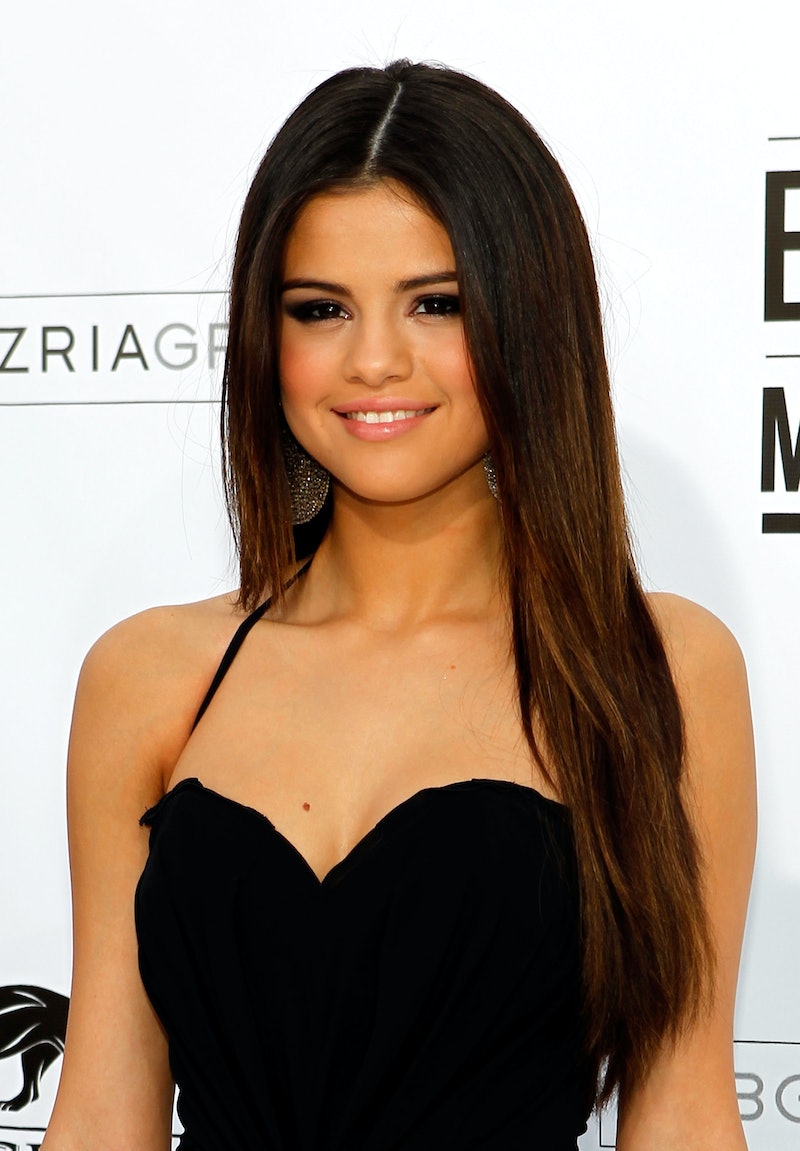 Back in 2011, Rihanna had red hair, Taylor Swift had long hair, and Selena Gomez was still dating Justin Bieber. In fact, 2011 was the first year Selena Gomez attended the Billboard Music Awards, at the ripe old age of 18 (I know this because Selena and were born only hours apart), and she had been slaying red carpets ever since. Selena Gomez attended the 2011 Billboard Music Awards in a slinky black Dolce & Gabbana dress, and frankly, it would still be a good choice today.

Her black dress featured a halter neckline, a leg slit, and cutouts low on her hips for a sexy vibe, which makes sense considering this was right around the time Gomez was distancing herself from the Disney Channel set. She accessorized her pretty black dress with a pair of decorative red heels and some giant diamonds. Gomez also rocked her signature long strands, much like she does today, with a sleek middle part and stick straight tresses.

At the 2011 show, Selena not only presented an award, but also officially went public for the first time with her relationship with Justin Bieber by giving him a kiss when he won his six awards. Hard to believe that Bieber went crazy and made a killer comeback since then.

Gomez's Billboard Music Awards outfits have been flawless ever since. In 2013, Gomez attended the Billboard Choice Awards in a bright white Versace dress with neon accents, showing off some serious leg and a little bit of cleavage.

Later in the evening, Gomez made two outfit changes to present an award and perform "Come & Get It" (Remember how good that song was!?).