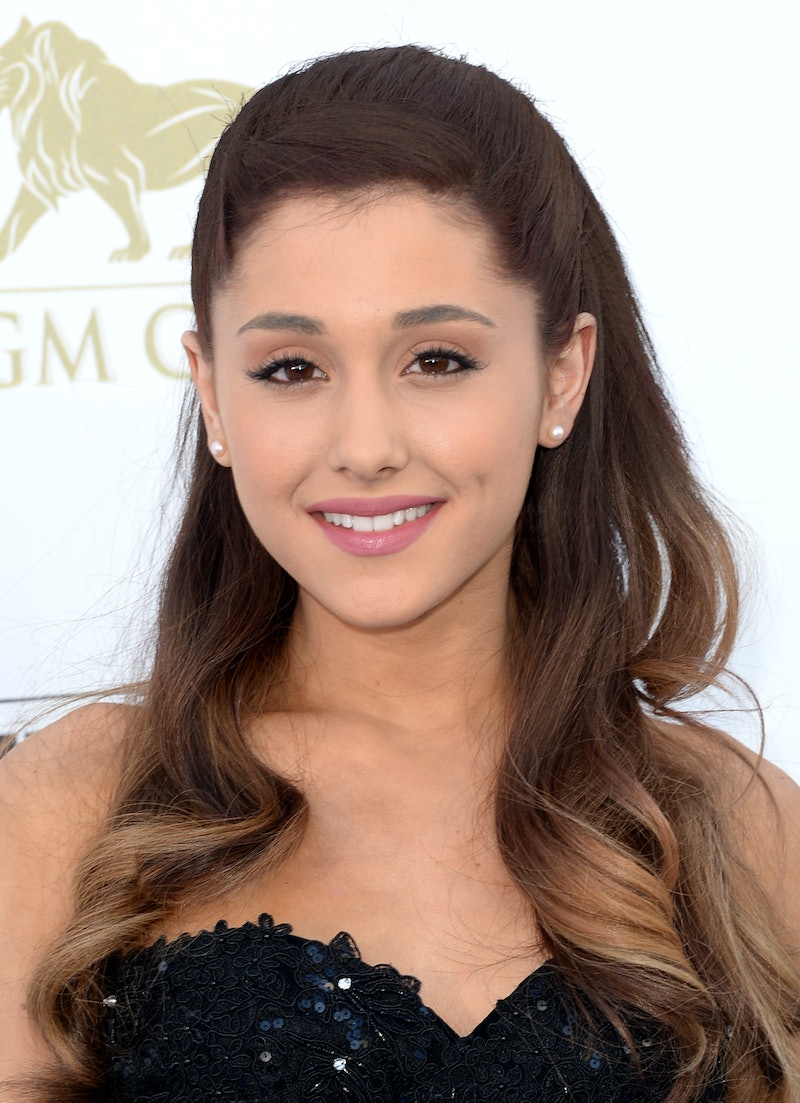 Ariana Grande's style has moved from child star on Nickelodeon to full-blown pop sensation. Whether she's rocking a patent leather bunny ear mask on her album cover or thigh high boots on the red carpet, her style is undeniably sexy. However, Ariana Grande's first Billboard Music Awards dress shows just how far her style has come. Three years ago, Grande was just starting to make the move from television star to mainstream pop star. The look was definitely reflective of that move for the star.

Currently, everyone is prepped to see Grande's signature half-up and half-down pony tail, but her actual fashion choices have been variable, but always a blend of sexy cool that's landed her on best dressed lists nearly everywhere. Just this year, Grande wore a beautiful, corset-bodice red gown on the Grammy's red carpet. The spaghetti strap stunner had head's turning, and it clearly signified that the former child star is all grown up.

Grande's 2016 Grammy red carpet dress is actually the perfect foil to her first Billboard Music Awards frock. The black, sparkly party dress was definitely a bit more girly than the curve hugging gown for 2016. While the star's style has evolved, there's little doubt that the playful, full-skirted silhouette of Grande's first Billboard Music Awards dress has continued to be reflected in her style now.

Since this moment, Grande has rocked other fit-and-flare silhouettes that looked equally as stunning. For this look, the black pumps and short frock were definitely totally in-style, but I doubt we'd see the cat-ear wearing grande wearing such a subtle frock like this one. Instead, I think she'd go with a more retro feel with a floral print.

Plus, Grande looks super young in the adorable, doll-like dress, and her image is definitely that of a more adult woman now. I mean, have you heard "Dangerous Women?"

All of this doesn't mean that Grande wasn't totally adorable, though. The sweet dress would be a hit even today, just maybe not as consistent with Grande's current style.

The truth is, though, that Grande has always had a sense of style that matched up perfectly with what was also happening in her career. It's hard not to see that Grande's style evolution mirrors her professional one, but it's also hard not to love the whole damn journey.