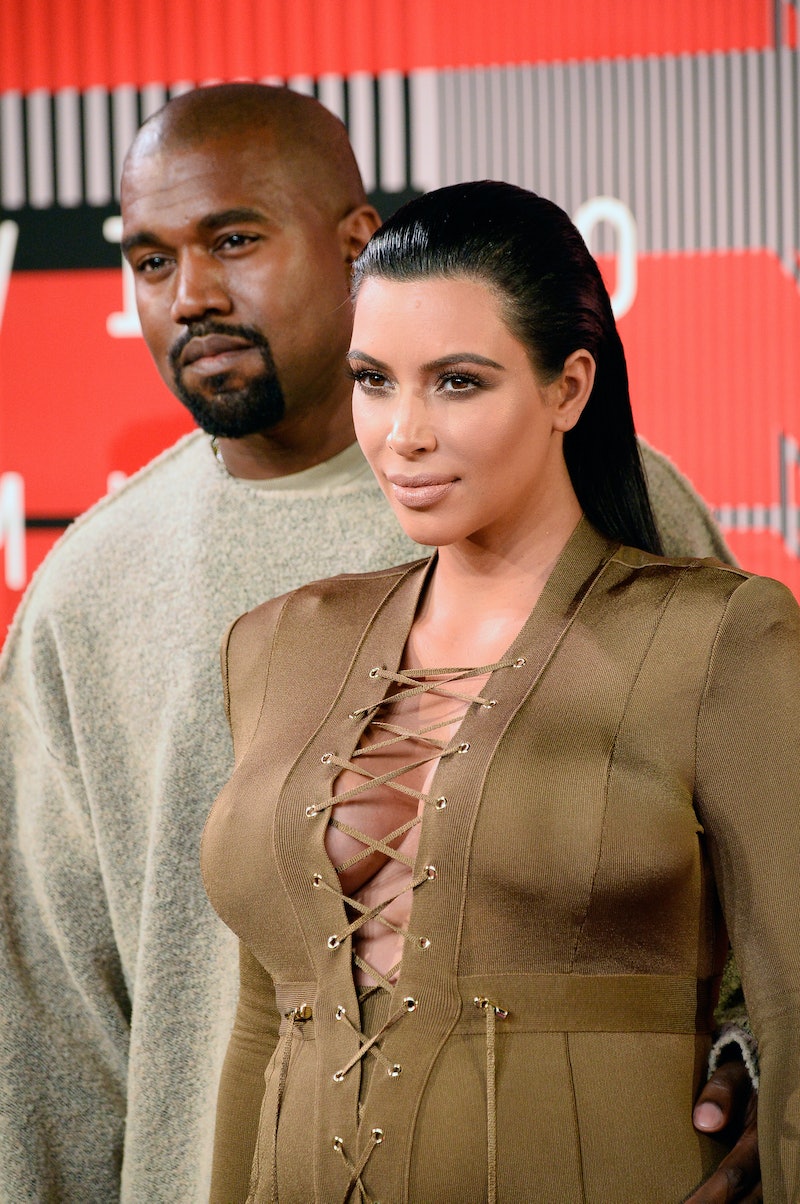 Tonight was pretty disappointing for us Kim and Kanye fans, as the famous duo opted to skip the 2016 Billboard Music Awards, depriving the world of what I'm sure would have been more of their signature creative style. This was a huge bummer for me personally, since I'm kind of (AKA very) Kim and Kanye obsessed.

I have to admit that their absence isn't exactly a big surprise considering the couple's history with this particular award's show. Last year, Kim skipped the show entirely to support her family and watch a Keeping Up With The Kardashians special episode centering on Caitlyn Jenner's journey.

Meanwhile, while Kanye attended and performed last year, he remained cloaked in smoke and thus pretty much invisible for most of the four and a half minutes he was on stage, garnering a few eye-raises from critics (I still thought it was incredibly awesome).

And where, exactly, were the music and reality moguls this evening if not at the BBMAs? Some quick Twitter detective work revealed that Kim appears to be in Rome attending the opera while rubbing elbows with the likes of Valentino and Monica Belluci. And while I wasn't able to ascertain Kanye's exact whereabouts, I think it's safe to assume he's likely doing something just as awesome in the vicinity.

So I won't hold this against the couple this year. But they'd better dazzle me next time!

Looking metallic at the 2016 Met Gala.

Adorably in love as Kim rocks a little black dress while very pregnant.

The couple looks flawless even when they're not even trying.