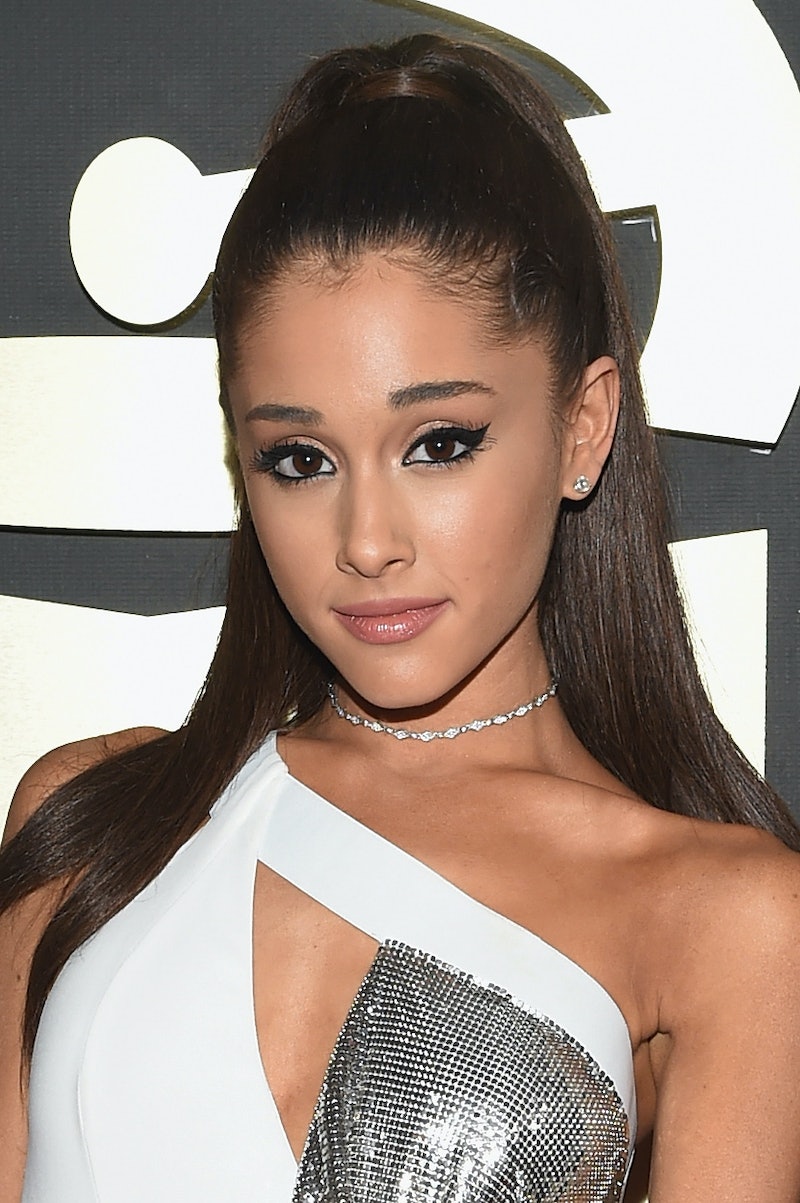 Many celebrities have a signature hairstyle, but Ariana Grande is so committed to hers, that she swears she will literally never stop rocking it — no matter how old she gets. Wondering what the one hairstyle Ariana Grande would never abandon is? According to Us Weekly, there's one 'do she will be rocking until she's 95, and you can probably guess what it is.

Whatever you feel about Ariana Grande's ponytail — you better get used to it, because it's going to be sticking around for a long time. The singer is on the latest cover of Billboard Magazine, and in the inside interview, she talked about her signature 'do. Spoiler: It seems like she's pretty darn committed to it. "I will say it until I'm an old-ass lady with my tits out at Whole Foods. I'll be in the produce aisle, naked at 95, with a sensible ponytail, one strand of hair left on my head and a Chanel bow. Mark my words. See you there with my 95 dogs," Grande said.

I mean, hey — if it ain't broke, don't fix it, right? I'm all for switching things up and keeping things fresh and exciting, but if she prefers to stay in her comfort zone, then all the more power to her. And you can't deny, she looks great with it.

But that's not to say she's never parted with her pony...

She rocked an updo at the American Music Awards, and looked totally elegant and chic.

Grande also let her hair down for her performance, and I'm totally loving the cascading curls.

The half top knot might be my favorite, though. It's so edgy and more relaxed, plus really on trend right now.

And even though it's still a ponytail, it's a half ponytail, so it totally counts as switching it up! But even though she's tried some other styles along the way, it seems like Grande always gravitates back to her classic high pony:

What can you say? She's a girl who knows what she likes.