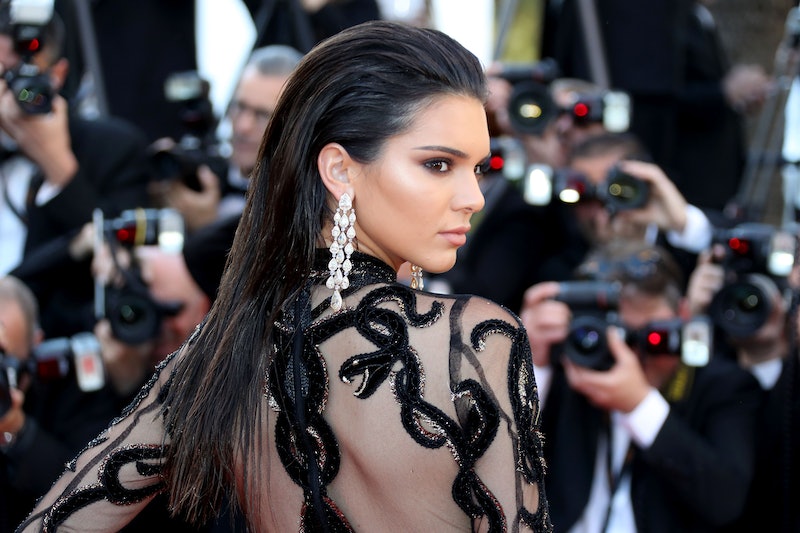 Many of Kylie Jenner's family members have been supporting her eponymous Kylie Cosmetics brand. After all, Kourt K, KoKo K, and Mary Jo K are all named after family members. But what is Kendall Jenner's favorite Lip Kit? While Kendall is obviously supportive of her younger sister's entrepreneurial efforts, she's been less vocal than others like older sister Khloe Kardashian. That, however, doesn't mean that Kendall's doesn't have a favorite Lip Kit. In fact, Kylie herself is announcing which is Kendall's favorite, and it's totally different from her own.

Kylie Jenner has made no bones about the fact that Candy K is her favorite of her own Lip Kit colors. The nude pink shade is definitely a favorite of a ton of Jenner fans, and it's easy to see why. Jenner loyalist adore the youngest sister's matte, nude look that she has been rocking for several years now. The Candy K Lip Kit definitely helps fans achieve the look, and it's with a product crafted by Jenner herself.

As for the others in the Kardashian-Jenner clan, Khloe Kardashian seems to be a fan of both Candy K and KoKo K while sister Kourtney Kardashian has rocked True Brown K in the past (and also has one named after her). Basically, the entire family has rocked a Lip Kit and seemingly chosen a favorite. But what is Kendall Jenner's favorite Lip Kit?

Kylie Jenner took to her website to spill "Lip Kit Secrets" in a video all about the name inspirations and favorites shades of her sisters. It turns out that Kendall Jenner's favorite Lip Kit shade is Mary Jo K.

In the video, Jenner explains that she named Mary Jo K after her grandmother, but that sister Kendall was most excited for the gorgeous matte blue-red shade. Kylie explains, "Kendall loves red so was very excited about it."

Kendall Jenner's favorite Lip Kit being Mary Jo K definitely make sense. After all, she does rock a gorgeous red lip on the regular. Unlike sister Kylie, Jenner's lip choices tend to be bold.

In fact, Jenner's own limited edition shade with Estee Lauder — of which she's the face — is a gorgeous coral red.

The Kardashian-Jenner family definitely do their part to support sister Kylie Jenner, and it's super cool to see their bonds translate to their brands. While Kendall Jenner would look great in any of the Lip Kits, I've got to say, she looks great in red.

More like this
Everything Kendall Jenner Wore During New York Fashion Week
By Dominique Norman
Jecca Blac’s New Brow Drop Was Inspired By Your Fave Drag Queens
By Justine Knight
How To Get Your Hands On The Pat McGrath X Supreme Nail Kit
By Justine Knight
Does Valentino’s Twin Liner Live Up To The TikTok Hype?
By Olivia Rose Ferreiro
Get Even More From Bustle — Sign Up For The Newsletter