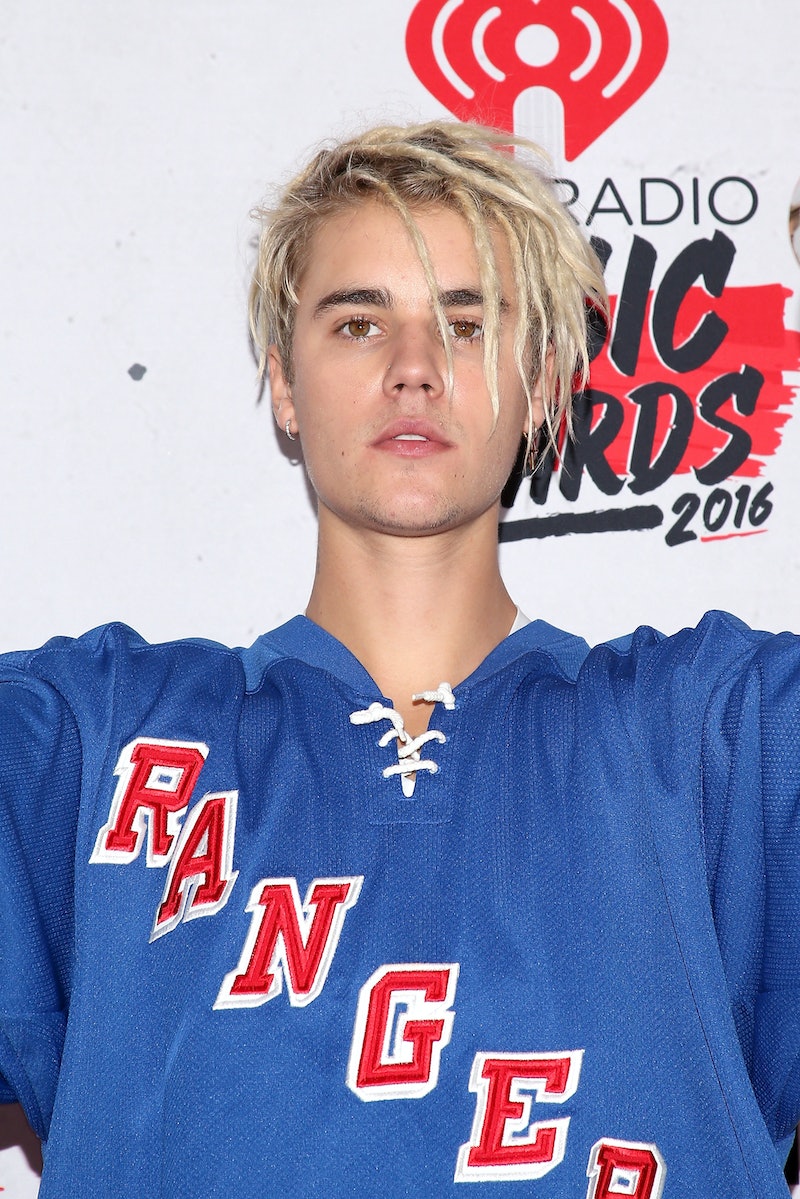 It feels like yesterday that the Biebs was attending his first Billboard Awards, but it was actually five years ago. How time flies. Since the awards are this weekend and all, we should probably take a look back at Justin Bieber's first Billboard Music Awards look and remind ourselves of where he started. Spoiler: It's going to give you so much nostalgia.

The year was 2011. It was Justin Bieber's first time at the Billboard Awards, and there were six wins, floppy hair, and plenty of Jelena kisses. Ugh, you're feeling all the feels right now. But more importantly than all of that — there was a gold jacket. And it was fifty shades of glittery amazingness.

The Biebs attended the awards with his then girlfriend, Selena Gomez, and they were literally award show royalty. The singer was definitely a little more polished and clean cut than we'd expect to see him now, but he was young, innocent, and adorable. And had a seriously strong fashion game. Bieber wore a Dolce & Gabana gold smoking jacket that was glittering, sparkling, and all around fabulous, and even though his style might be a little bit too edgy for something like this these days, I feel like the world needs another moment like this. It was just so good.

Oh, he is so smooth. I'm digging the black pants and sneakers with it, because it's still that signature Biebs edge that we love, but he just looks a little more polished than usual. And not in a basic black suit-and-tie kind of way.

When you win six awards, your jacket can be whatever color you want it to be.

His jacket matches that statute perf. Can't wait to see what he has in store for us this weekend, but it's going to be pretty hard to top this one!

More like this
Hailey Bieber Just Responded To *That* Viral Met Gala Moment
By Radhika Menon and Sam Ramsden
7 ‘Ugly’ Trends Kendall Jenner Makes Look Cool
By Allie Fasanella
Bella Hadid's Flare Jeans Under A Dress Outfit Is So Nostalgic
By Allie Fasanella
These Are Kylie Jenner's Best Paris Fashion Week Looks... So Far
By Dominique Norman
Get Even More From Bustle — Sign Up For The Newsletter