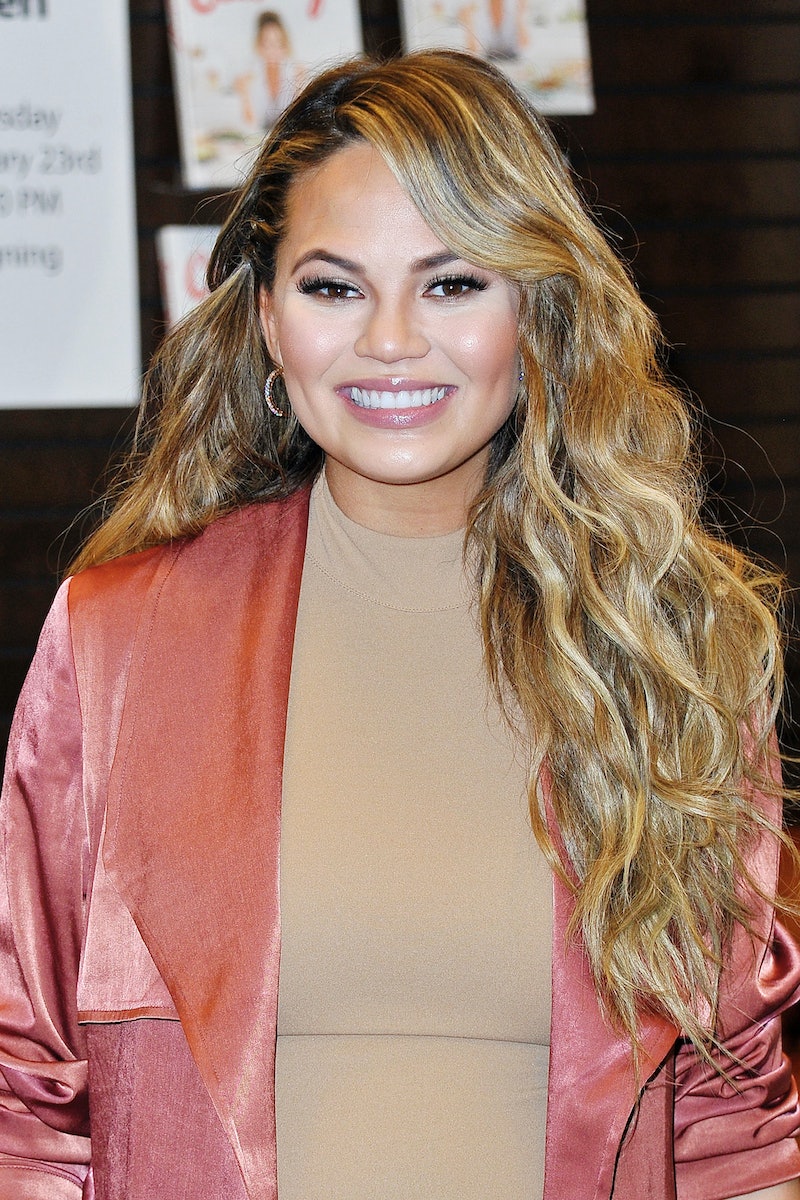 We're almost a week way from Memorial Day, and the official kick-off of summer means new season, new hair, right? Since long hair and extensions generally feels more fall/winter, Chrissy Teigen brought back her lob, according to People Magazine, and reminds us exactly why we fell in love with her shorter hair in the first place. It's so cute.

Teigen originally got a lob back in March, but she quickly replaced it with a full head of extensions, bringing back her long, cascading waves. Not that I don't love the mermaid hair on her, because let's be real, it's flawless, but we didn't get a chance to fully appreciate the lob in all it's glory. But no worries, because it's back, and just in time for the warmer weather. Let's hope it lasts a little bit longer this time, though.

The model posted a video to Snapchat on Friday, showing off her new lob and saying "Bye bye weave!" She didn't say why she got rid of her original lob so quickly, but maybe she just wanted to rock the extensions a little bit longer while she still could, because we all know long hair in the summer is the worst.

Though we haven't gotten a proper picture of it yet, what we can see looks adorable. If you forgot what she looked like with her shorter 'do, let's revisit the lob she debuted in March.

So edgy and fun.

Here's another look at her new 'do.

Can I also say how much I relate to her indecisiveness when it comes to her hair? Cut it short, want it long, want it short again. She is all of us. I can't wait to see her new lob in action.