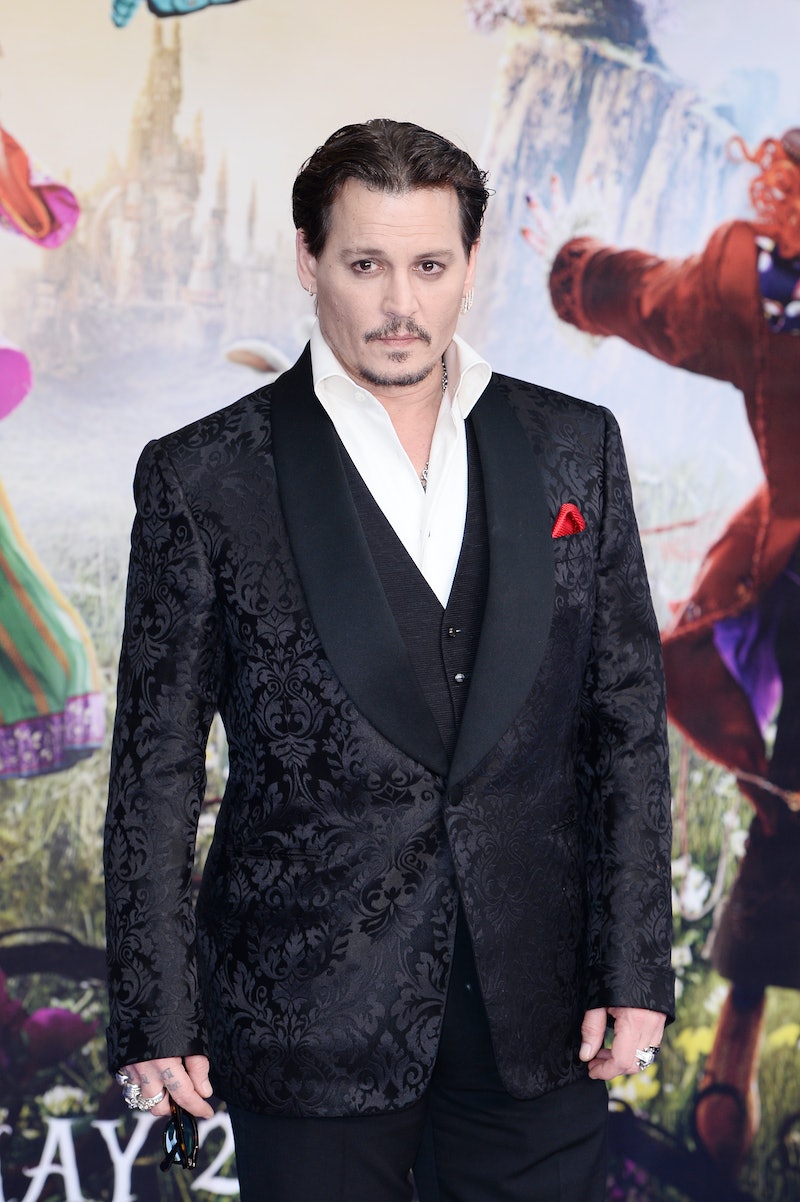 As a former teen idol who turned his career around to become one of Hollywood's most celebrated and bankable stars, Johnny Depp is a true master of transformation. Over the years, he has graced the big screen as one unforgettable character after another, whether it's Captain Jack Sparrow, Edward Scissorhands, or The Mad Hatter. Yet even for an onscreen chameleon, Johnny Depp's new haircut has the internet freaking out. I guess the Twitter reactions to Harry Styles' short hair has some serious competition now that Depp has also cut off his signature long locks.

The Alice Through The Looking Glass star debuted his short hairstyle today on The Ellen DeGeneres Show, and while Depp is no stranger to rocking wild hairstyles throughout his career, his new 'do immediately caught everyone's attention. Both fans and critics of the award-winning actor were torn about the look: short and shaved on the sides, and long on top. Ever since his early days in acting, Depp's often dressed in a punk rock style and this Sid Vicious-meets-Billy Idol haircut definitely fits his aesthetic.

However, the haircut still caught many of Depp's fans by surprise. You'd think that an actor who has disappeared into every character he's played would be incapable of surprising people after all these years, but this new look only proves that he's still got a few tricks up his sleeve.

Twitter blew up with all the feels for Johnny Depp's new haircut. This one pretty much sums up a lot of how the internet took the news:

A few were skeptical about the 'do:

While others were simply enraged by his decision:

There were plenty of comparisons:

And also lots of love for the actor:

Some questioned his life choices:

Others questioned their own:

But the best part of Johnny Depp's new hair debut on Ellen was:

I think his reaction to that side-by-side comparison says it all.