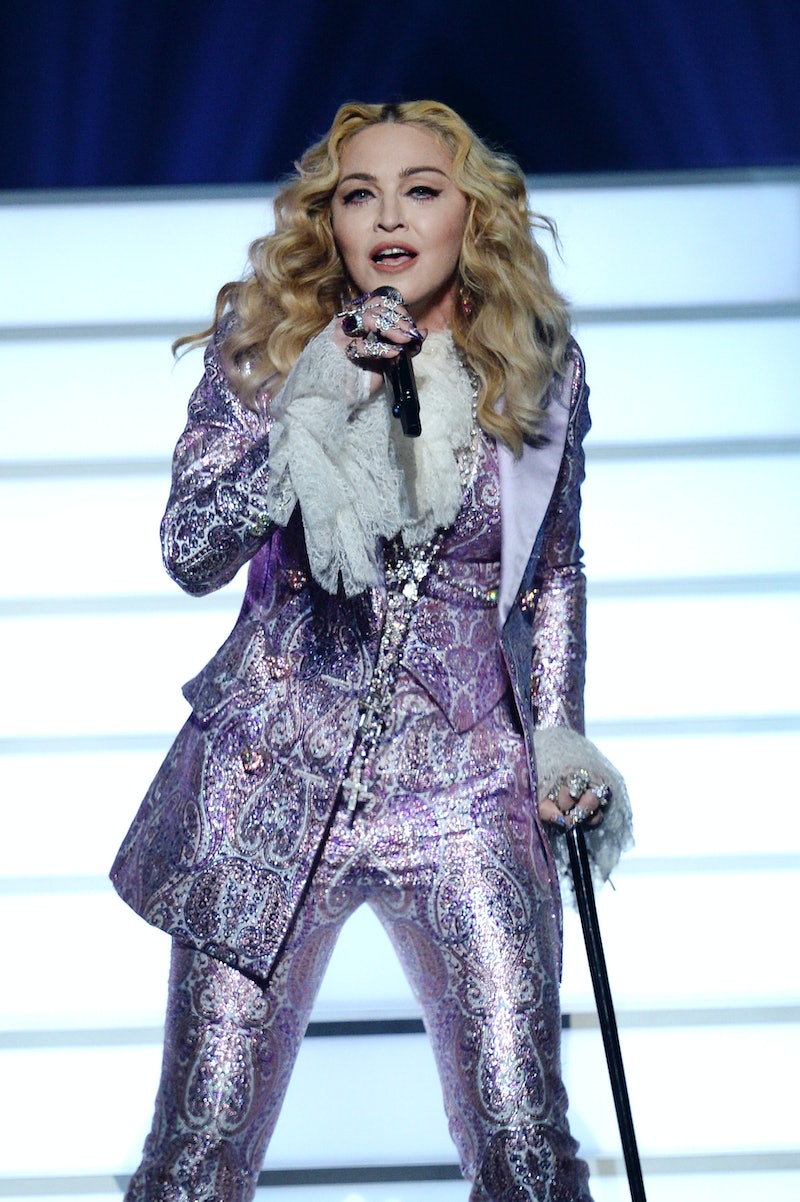 You just never know what this singer will wear next, and this music event was proof of that. Madonna wore a purple lace suit to honor Prince the 2016 Billboard Music Awards and it looked to be an attempt to combine of both of the singers' styles. With tons of personality and a touch of iconic Prince, the performance outfit was definitely something to look at. Compared to her past event looks, this one definitely the most modest yet, but for a good reason.

When it was announced that Madonna would be doing a tribute to Prince, I knew her outfit would be better than ever. She's constantly wearing the craziest looks to the music awards, but this takes iconic to a whole new level. She stepped onto the stage wearing a purple printed suit with Prince-ified bell sleeves, making it clear right away that this night was about more than just an outfit. Not completely sure where the cane came from, but hey, it was there too. According to Billboard, Prince was a friend and colleague to Madonna for many years, and she tried her best to represent that with the outfit.

Compared to her bear-butt dress that she wore to the Met Gala, her BBMAs outfit was much more subdued. She opted for simple hair and an oversized cross necklace to make the night about the late singer rather than just an outrageous look. Not only was her outfit completely on-point, but her styling made this one heck of a tribute. Just look at the ensemble in all it's glory.

You'd be able to see this suit from a mile away.

Please note the can as one of her only accessories, besides her necklace.

Up close, you can tell the pantsuit print is super intricate.