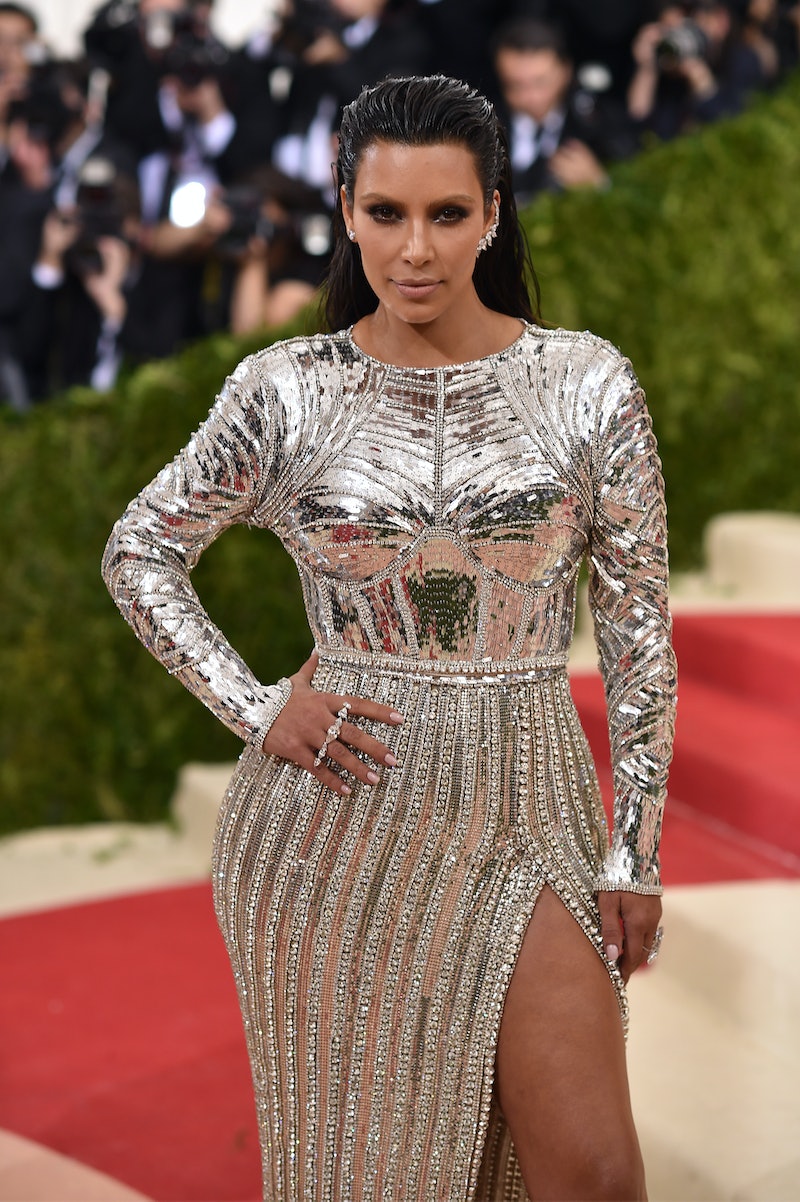 Certain celebs are known for their beauty looks: Marilyn Monroe had the red lips, Kate Moss the center-parted hair, Tilda Swinton her naked-face appeal, and the Kardashians their glamazon visages. That is why it might come as a surprise that Kim Kardashian won't contour anymore. After all, she practically started the trend, inspiring makeup lovers everywhere to highlight and shape their features with clever swipes of the brush. So why has she grown tired of that old beauty routine?

Jezebel reported that Kardashian recently participated in Vogue Festival's “in conversation” panel with Charlotte Tilbury and British Vogue’s Fiona Golfar, which is when she announced her changing attitude towards the makeup look. According to Jezebel, she told the audience, "I think right now it’s more about nontouring, like real skin with less make-up on it. I’m trying to wear less... and my husband loves me without make-up."

After years of subscribing to the same beauty regimen, Kardashian is ready to experiment with something radically different: Going from contouring to "nontouring." And isn't that what trends are all about? You dabble in something you like for a period of time until it starts feeling stale and overdone. You get used to the image and the routine, and after a while, you want to see yourself in something different.

Kardashian admitted how "over" her old image she is. Vogue reported, "Saying that watching early episodes of Keeping Up With The Kardashians makes her cringe due to the 'crazy hair and bad make-up,' Kardashian credits her own love of beauty to her mother's make-up collection."

Most people can likely empathize with that. Just think back to high school and your favorite beauty trends back then. Can you imagine still subscribing to those looks? Images of all-over bronzer and a heavy hand with eyeliner come to my mind, slowly making me want to put my head on my desk.

It's also possible that Kardashian is ready for a less demanding routine. Whereas before she enjoyed the highly glamorous but heavy appearance of the contour, she seemingly wants to see herself in a more natural, easier-to-apply look. She mentioned on the panel, "Now when I travel I just bring a small make-up case, and I’m content with that."

So what is nontouring, and how does it differ from her signature contour style?

Whether Kimmy K wants to play up or down her look, one thing's for sure: She will look fab wherever her preferences take her.