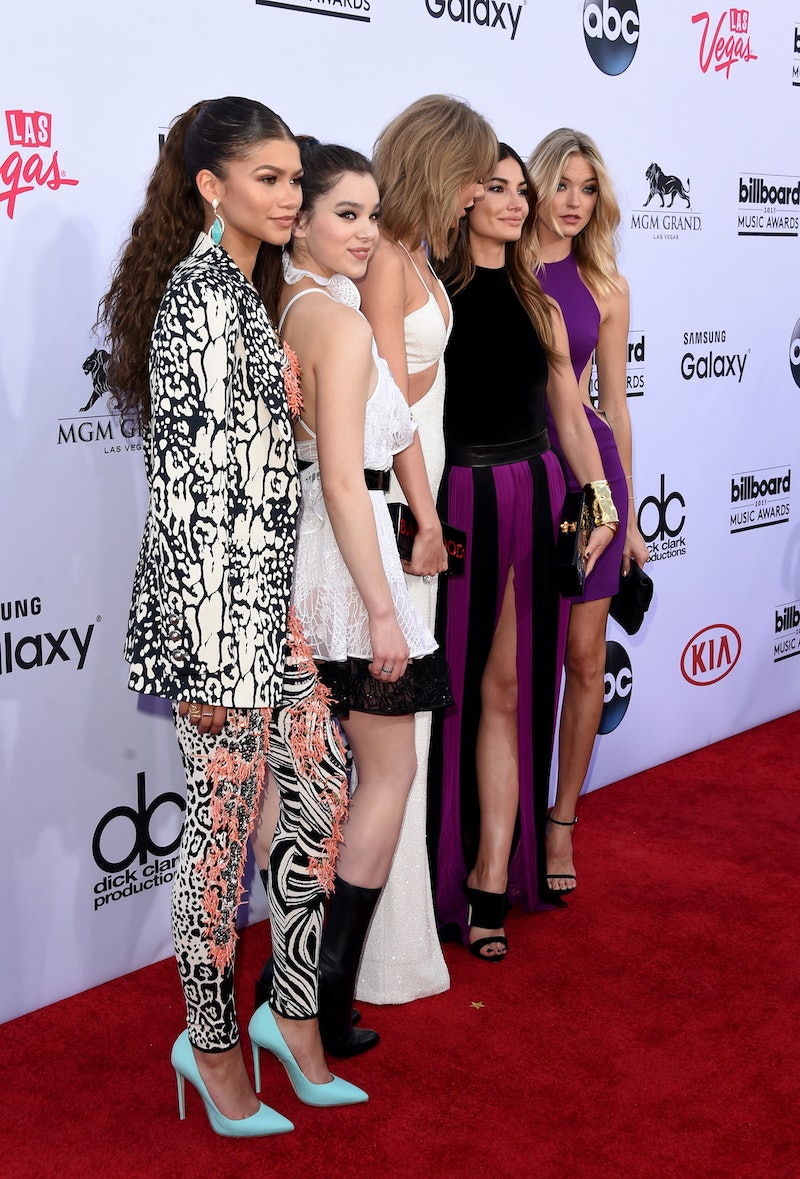 The anticipation for this year's Billboard Music Awards has been building. From awaiting performances by the likes of Rihanna, Justin Bieber, and Ariana Grande, to dreaming of who's going to wear what and by whom, figuring out how to watch the 2016 Billboard Music Awards red carpet and award ceremony is essential. After all, this particular carpet is all about the "glam meets edgy" vibes, and for that reason it cannot be missed.

To me, the red carpet is just as exciting as the actual show. Being set up hours before the ceremony with a bucket of popcorn and a bottle of red wine is the perfect way to prepare for an evening of musical and sartorial appreciation.

For those of us without a TV who cannot access E! directly, where the red carpet will be aired — like my friends, myself, and a hell of a lot of Millennials — our WiFi connections will be all we need to attend the 2016 BMAs red carpet from our living rooms. Billboard.com will be steaming the red carpet beginning at 6:30 p.m. ET, which will be available to anyone anywhere. ABC Go is also live streaming this year's BMAs, but only to certain territories. So be sure to check the ABC.Go website beforehand.

As for anybody who is privileged enough to have access to an actual television, E! will be live on the red carpet starting at 6 p.m. ET with E! News hosts Jason Kennedy and Sibley Scoles, E! Online reported. The team has even brought on web icon The Fat Jewish to host its social media for the night — something more or less guaranteed to be hilarious.

According to E!, the network will also be hosting an extra special Fashion Police episode for the Billboard red carpet on Monday May 23, 8 p.m. ET, so be sure not to miss that and relive all your loves and hates of the show.

Although ABC is hosting the event itself on its channel from 8 p.m. ET onwards, be warned that this doesn't include the red carpet portion. Rather, it'll be the actual awards ceremony itself.

If none of these methods appeal to you, or you simply want to see looks without the interviews or behind-the-scenes features, just take to Twitter and stalk the #billboardmusicawards hashtag. As the night progresses, there are sure to be hundreds of tweets featuring everyone's looks. It'll also be a smart move for any fashion-obsessed fans on the go.

More like this
Ruffles, Velvet, Puff Sleeves, And More Plus-size Trends At The 2022 Emmys
By Dominique Norman
All The Great Looks From The Bloomingdale's 150 x Bazaar Icons Party
By Allie Fasanella
Here Are The Best Red Carpet Looks From The 2022 Emmy Awards
By Dominique Norman
Harry Styles’ Red Carpet Looks Have One Thing In Common
By El Hunt
Get Even More From Bustle — Sign Up For The Newsletter