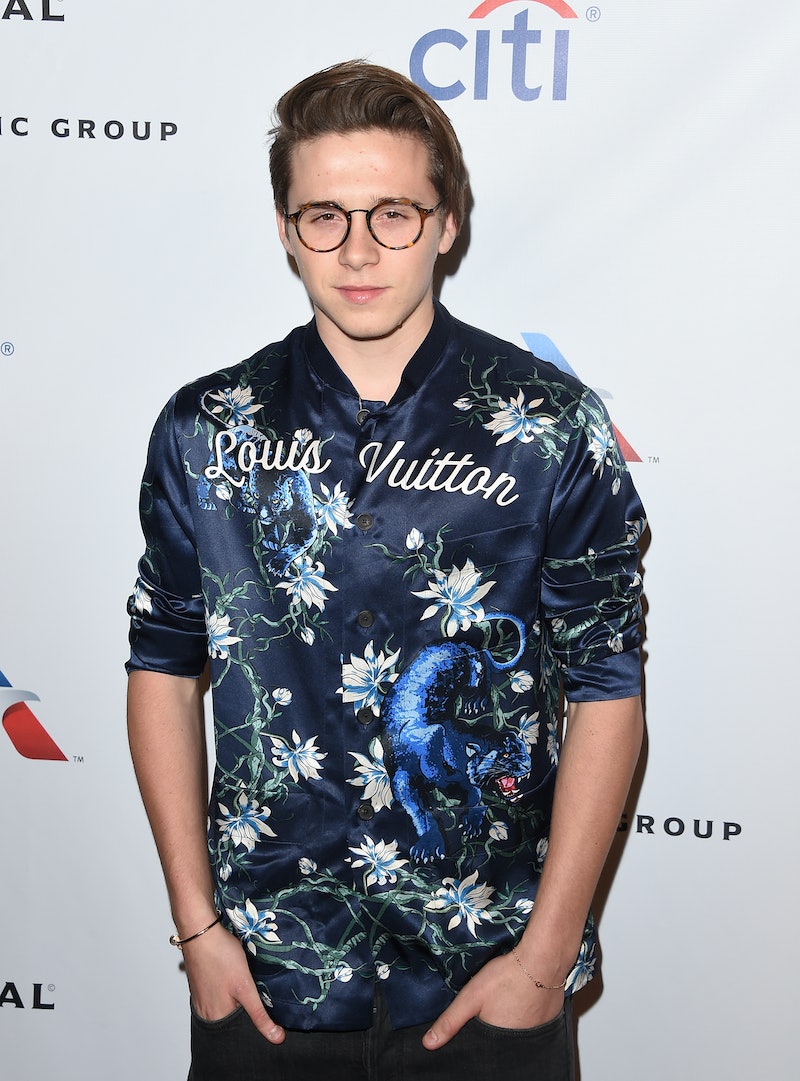 He's not exactly an A-list celebrity or model yet (unlike his superstar parents), but it's still pretty impressive that Brooklyn Beckham is on the cover of Vogue Me, a bimonthly edition of Vogue China for teens. Even more impressive is the fact that less than a year ago, Beckham was on the cover of Miss Vogue. Good looks run in the family, of course, but there's something about David and Victoria's eldest child that the fashion world absolutely adores.

Flanked by models Jing Wen and Heather Kemesky on the cover of Vogue Me's second issue, Beckham wears a Louis Vuitton silk jacket with an embroidered dragon design. He also appears inside the magazine, wearing a navy blue sweater. Beckham's star is steadily on the rise, but not just for his work in front of the camera. The 17-year-old is also honing his skills as a photographer. Last month, Beckham shot the Burberry Brit ad campaign that will be released this summer.

Most recently, Beckham made his two-year relationship with actress Chloe Grace Moretz public with a series of Instagram posts. The young couple also made their red carpet debut at the Neighbors 2: Sorority Rising premiere in Los Angeles last week.

Beckham definitely takes after his parents when it comes to getting in front of the camera.

And if one Beckham spawn isn't enough, the same issue of Vogue Me also features his younger brother Romeo, striking a pose that would make their mom and dad proud.

Let's hear it for the Beckham boys!