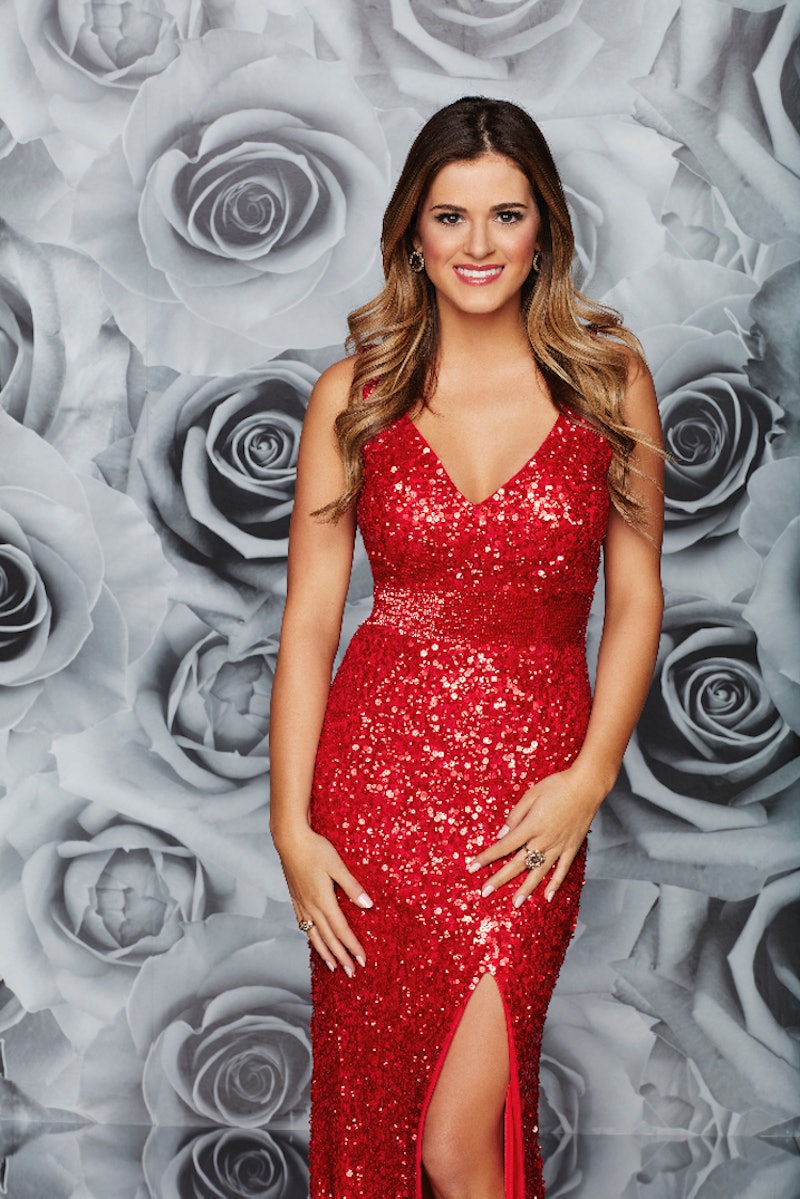 Ahh The Bachelorette Monday nights, we've definitely missed you! Even though the premiere episode of The Bachelorette featured 25 new suitors for JoJo Fletcher, the real stunner was JoJo's first gown of the season.

When JoJo was on The Bachelor, she didn't have as many opportunities to wear formal gowns, but that's all about to change this season. For the premiere, JoJo wore a tan sequin dress that of course had everyone talking on social media, whether they loved it or hated it. Her body-con gown featured beautiful sequins on the bodice with a mermaid-cut bottom and train. Fletcher paired the formal dress with natural makeup, making the entire look seem effortless.

The promo photos on ABC's website also feature JoJo in a red sequin gown — red for The Bachelorette roses of course! As cliché as it may be for a bachelorette to wear sequins on the first night, it does make for a gorgeous entrance and first impression, especially when on national television.

Even though Fletcher's Bachelorette dress looks similar to the one she wore on the season finale of The Bachelor, I still love the looks she chose — simply glam and elegant!

Here's what some fans and former contestants of the show had to say about the first gown of the season on Twitter:

Well of course we know ABC loves her look.

Michelle Money from season 11 of The Bachelor approved.

Ashley Spivey also from season 11 of The Bachelor brought up a good question. Apparently sequins are a must for first night looks:

Good thing former Bachelorette Ali Fedotowsky always blogs about what is worn on the show because I am wondering the same thing as this user.

I can't wait to see what other dresses Fletcher has in store for us!