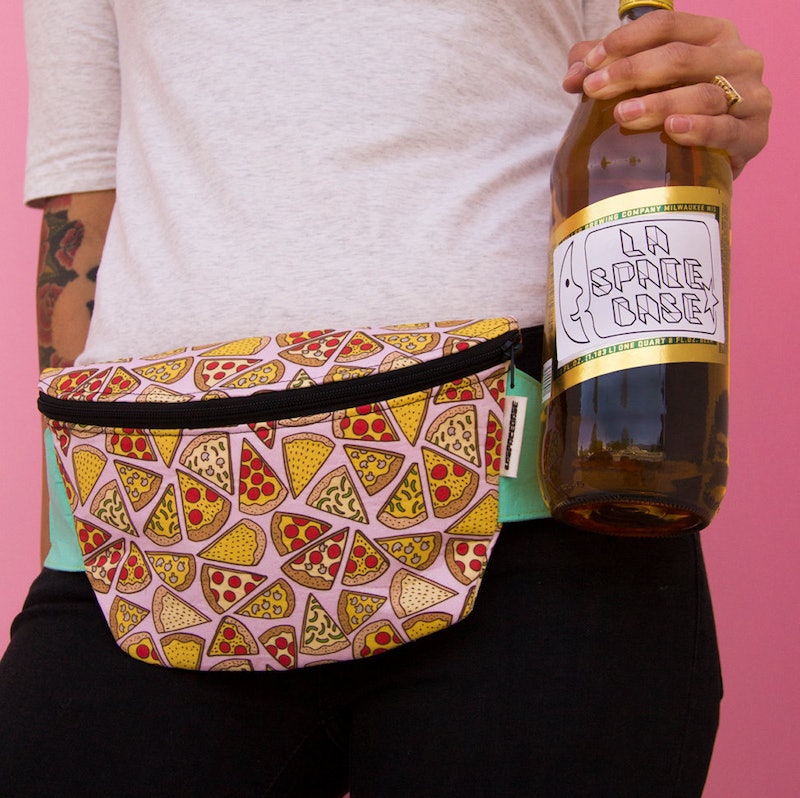 If there's anything I've learned from my few memories of the '90s as well as the popular resurgence of the decade's style, it's that certain things are better left in the past. Some items, however, have been sorely forgotten when they shouldn't have been: The most under-appreciated and forgotten fashion of the '90s being the bum bag. Or as you Americans may call them, fanny packs (FYI, "fanny" has a totally different meaning here in Britain).

As the proud proprietor of not one but two fanny packs, I may be accused of exaggerating the lack of appreciation out there for the item. But I strongly disagree. The fanny pack flits in and out of style drastically: One second, anyone wearing one is definitely a dad in Disneyland with everyone's passports and all his traveler's checks in the conveniently placed front pocket. The next, everyone at Coachella is wearing a "thrifted" or designer bum bag that set them back at least $30.

What I'm trying to say is that the humble fanny pack should not be a "thing" only once a decade. Instead, it should be a style staple in anybody's wardrobe. Why, you might be wondering? Because it's quite possibly the most convenient and important handbag you will ever own.

First of all, the fanny pack is great because of practicality. Not only will everything be safely strapped to the front of your person — making it more or less impossible for anybody to steal from you without you realizing, which is my main issue with backpacks — but these handy dandy belt bags leave the entirety of your being free to do whatever the hell you want.

Finally, you can utilize the full movement of your arms while dancing. Your shoulders shall never ache. Your bag won't accidentally hit someone and start a fight, or get put down for "literally one second" and then get lost forever. Your fanny pack is the ultimate security you need to have while partying, festival-ing, or clubbing elsewhere.

Additionally, bum bags both in the '90s and especially now can come in almost any style, color, or pattern imaginable. I have a hot pink sequined fanny pack that's saved my life at many a festival, for instance.

Ultimately, the fanny pack is a fun accessory just as much as a useful one. So please, let's give these little guys the appreciation they've deserved all along.

More like this
Netflix Reveals First Look At Wednesday In The 'Addams Family' Spinoff Series
By Bustle Editors
How To Get Your Hands On The Pat McGrath X Supreme Nail Kit
By Justine Knight
Prefer Alcohol-Free Perfumes? Water-Based Fragrances Are On The Rise
By Audrey Noble
15 Chrome Nail Polish Colors For An Easy, Mirror-Like Manicure
By Audrey Noble
Get Even More From Bustle — Sign Up For The Newsletter