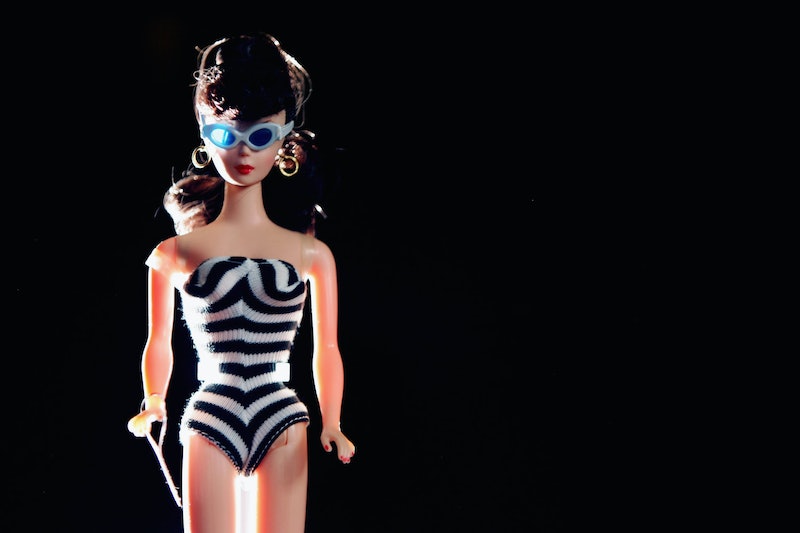 This might be the point at which I give up on humanity. A woman who has already had numerous surgeries to make her look more like Barbie is now seeing a hypnotherapist to make her...well...stupid, so that she can continue to be even more like her beloved toy idol. See what I mean about giving up.

Blondie Bennett, who had her name legally changed in 2012, says that she's already started "to feel ditzy and confused all the time." Which in her book is apparently a good thing. "I want people to see me as a plastic sex doll," she says, "and being brainless is a big part of that.” And before you ask, no this is not satire. This is real.

Also, hasn't Barbie been a surgeon and an astronaut and a presidential candidate and all sorts of other jobs that do actually require a brain?

Bennet, 38, seems not to care about any of that though. Maybe she's just only latched onto the aspects of Barbie she likes, maybe she's projecting things onto Barbie, or maybe she's just picking up on the subliminal message Barbie is sending girls underneath the presidential power suits. But regardless, her Barbie obsession goes back a long way. In her teens she was already dying her hair and modeling her wardrobe after her toy idol. At 18 she was working in a toy store as a Barbie impersonator, and over the years she had numerous surgeries to increase her cup size to JJ and make her face seem more Barbie-like.

Bennet isn't the first person to eve try to look like Barbie. Ukrainian model Valeria Lukyanova is also famous on the Internet for her surgically-achieved Barbie-like appearance, and other women have had less extensive work done to look like Barbie. But Bennet may be the only one who has actually tried to change her IQ in order to achieve her goal.

"I just want to be the ultimate Barbie" she told Barcroft TV. "I actually want to be brainless,"

And if any of you out there now feel the need to up your IQ in an effort to balance this woman out, we've got you covered there, too.