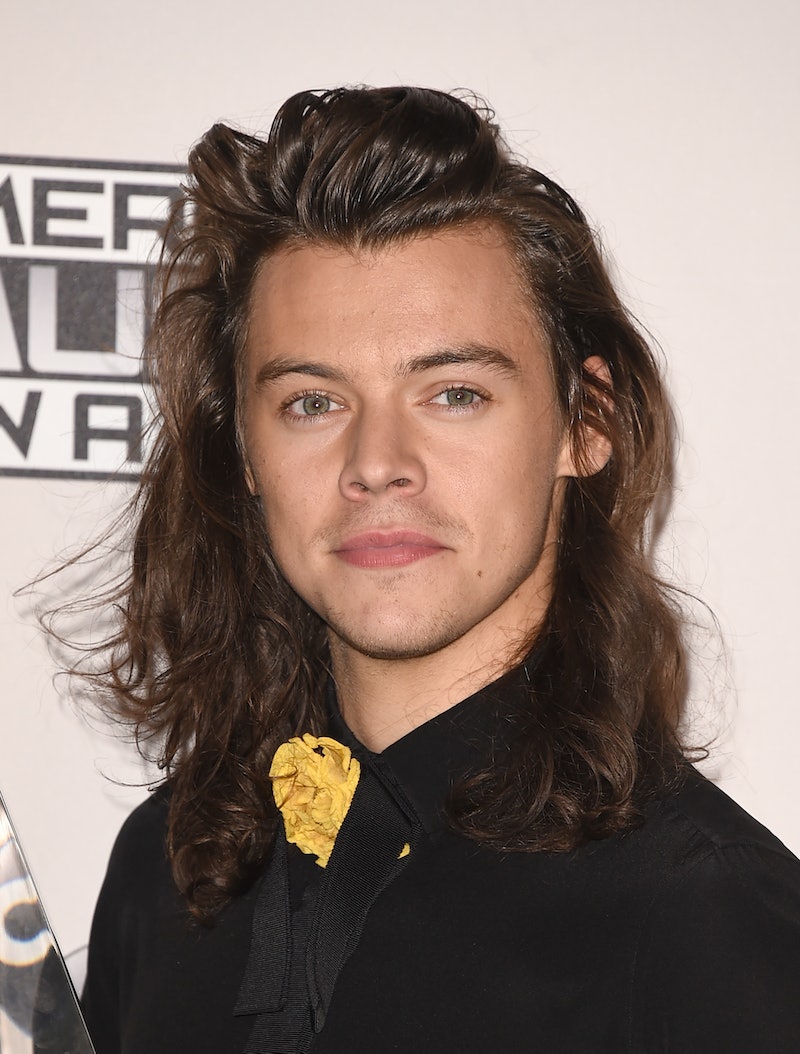 The day we all thought would never come finally did. A few weeks ago, Harry Styles cut off his long hair. *Sob.* After taking a few moments to get through the initial shock of it, you know, working through that denial and all, you might have started to wonder: Why did Harry Styles cut his hair short? The new chop could indicate a big career change.

Harry Styles and long hair have basically become synonymous, but the singer signified the end of an era (you know, the One Direction era and all), by cutting off all of his hair a couple weeks ago. Styles initially posted a photo to Instagram with him holding a cut off ponytail, that we all assumed was his own hair, captioned "Whoops. #Littleprincesstrust." We all initially assumed it was only for charity, because Little Princess Trust is an organization that makes wigs for children suffering from cancer, but that wasn't the entire reason he made the chop.

Styles is actually making his entry into Hollywood, starring in a WWII movie, Dunkirk, directed by Christopher Nolan alongside Tom Hardy and Cillian Murphy. So that's a pretty big deal. Because the movie takes place in the 1940s, there was no way that long hair was going to fly. He had to chop it off to stay authentic and in character.

The new cut totally nails it. He's got that '40s thing down pat.

So will Styles grow his hair back when the movie is done filming, or is this new short-haired, Hollywood Harry here to stay? Only time will tell, but for now, I can't get enough of it.