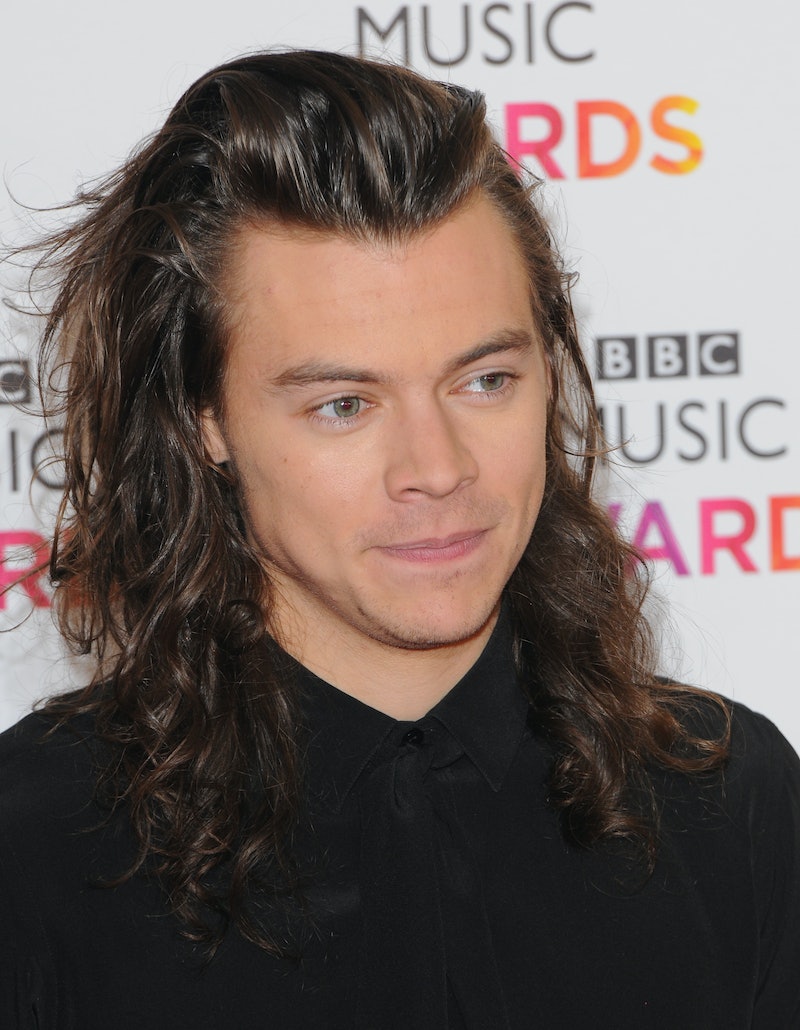 Did you totally freak out when you heard Harry Styles chopped off his hair? And did you freak out even more when you finally saw the pictures of it in all its short and cropped glory? Don't worry, you're not alone. Twitter reacted to Harry Styles' new haircut, and basically: Short hair has the Directioners' seal of approval. Phew!

While many felt like a haircut was long overdue for the singer, there are plenty of other fans out there that think Harry + long hair is a package deal, so when new photos finally surfaced today of Styles' short 'do, I wasn't entirely sure how the fandom would react. I mean, we've never really seen him with short hair before. Even when the band first started out, he had long-ish hair (though that seems short in comparison to what it's been in recent times), so it seemed like the kind of thing people would either love or totally hate. But Twitter has spoken and the verdict is in: The short hair is everything. But like, duh, he looks adorable with it. How could anyone hate on that?

Though some fans were a little bit in shock that he made such a big change, it seems the photos have changed their mind:

Other fans are just pure losing it:

So that's a pretty powerful haircut. And in case this is important:

Thumbs-up all around for the new hair!