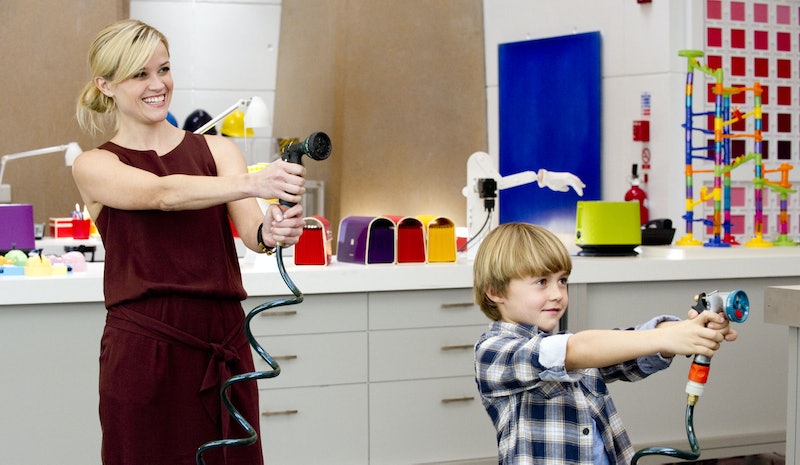 Ever watch a movie where the main character has an awesome job that you didn't know existed? There aren't a ton of accountants or tax attorneys on the silver screen — the characters often have occupations that could practically make a person skip to the office. Well, good news. Your life can be like a movie, minus the cheesy dialogue. Here are a bunch of jobs you probably thought only existed in your wildest dreams. Time to consider a career change!

You know when you're walking through a furniture store and all you want to do is jump into one of those beautiful beds they have on display and get all cozy under the covers? Well, what if that was your job? Loungers get paid to test furniture for companies, sometimes lounging around on up to 200 different pieces in a single day. After a long day on the couch, what do loungers do when they get home?

This would be Danny Tanner's dream job. Wrinkle chasers are the wonderful people that make sure your shoes are wrinkle free. Didn't know shoes could have wrinkles in them? That's because these guys are doing such a damn good job. These chasers (that sounds so bad ass) can be assigned to a whole shoe or just a small part (like the heel), and the job is in high demand at such companies like Shoemakers, England and Dr. Martens. Your inner neat freak will flip.

How did we not know about this? There is a job where YOU GET PAID TO SLEEP. Scientists and doctors figure out the mysteries behind sleep disorders and dreams by paying people to sleep so they can study them. Also, in a 2009 art show at The New Museum of Contemporary Art, women were paid to catch sleep as part of a “living art” exhibition.

Do you drink whiskey like it's water and love to extol its virtues to whoever will listen? Then this is the job for you. Whiskey companies hire brand ambassadors to go to events and evangelize about their particular booze. If you're into, say, Smirnoff Ice than it may be harder to come by an ambassadorship, but everyone needs a marketing team, right? Of course, you can also get paid to drink for a living by being a wine/beer/nightlife writer, or by being Ernest Hemingway. Or just open your own vineyard or brewery — that's easy to do, right?

Yes! This isn't a job that just exists in fantasies on Glee! Testing mattresses by jumping on them is actually a real science — this guy in a fancy handmade mattress factory jumps on the products three times a day to make sure they are optimal for sleeping. I wonder if he gets to have pillow fights too?

Nope, this isn't a job made up by Willy Wonka. You can really taste chocolate for a living. Major companies like Mars and Nestle hire people with super sophisticated palates to sample chocolates before they are released. You just may want to make sure you don't gain tons of weight like this guy did.

This is probably a job more for the outdoorsy types, but it sounds pretty awesome in a Survivor-ish way (except less competition for camera time.) Three years ago, Brit Ben Southall beat out 35,000 applicants to land "the best job in the world" as an island caretaker on the Great Barrier Reef, with a salary of $100,000. So he did get pretty badly stung by a jellyfish but as long as it isn't as bad as that island on Lost, I think you're good. (And it also wouldn't be bad if you got to bring one of those Blue Lagoon type guys.)

This could be a great job, though you do risk going on a major power trip. After all, you have the power to decide someone's entire future through a dessert cookie. You may even have the power to make an angry teenage girl switch places with her stiff mom.

More like this
64 Genius Gift Ideas For Every Single Guy In Your Life
By Teresa Newsome, Mia Mercado and Brittany Leitner
Craving The Beach? Here's Your Guide To A Solo Vacation In Turks & Caicos
By Alexis Morillo
20 Smart Devices Under $35 That’ll Change The Entire Vibe Of Your Home
By Emma Carey
How To Incorporate Goblincore Into Your Home Decor This Fall
By Alexis Morillo
Get Even More From Bustle — Sign Up For The Newsletter