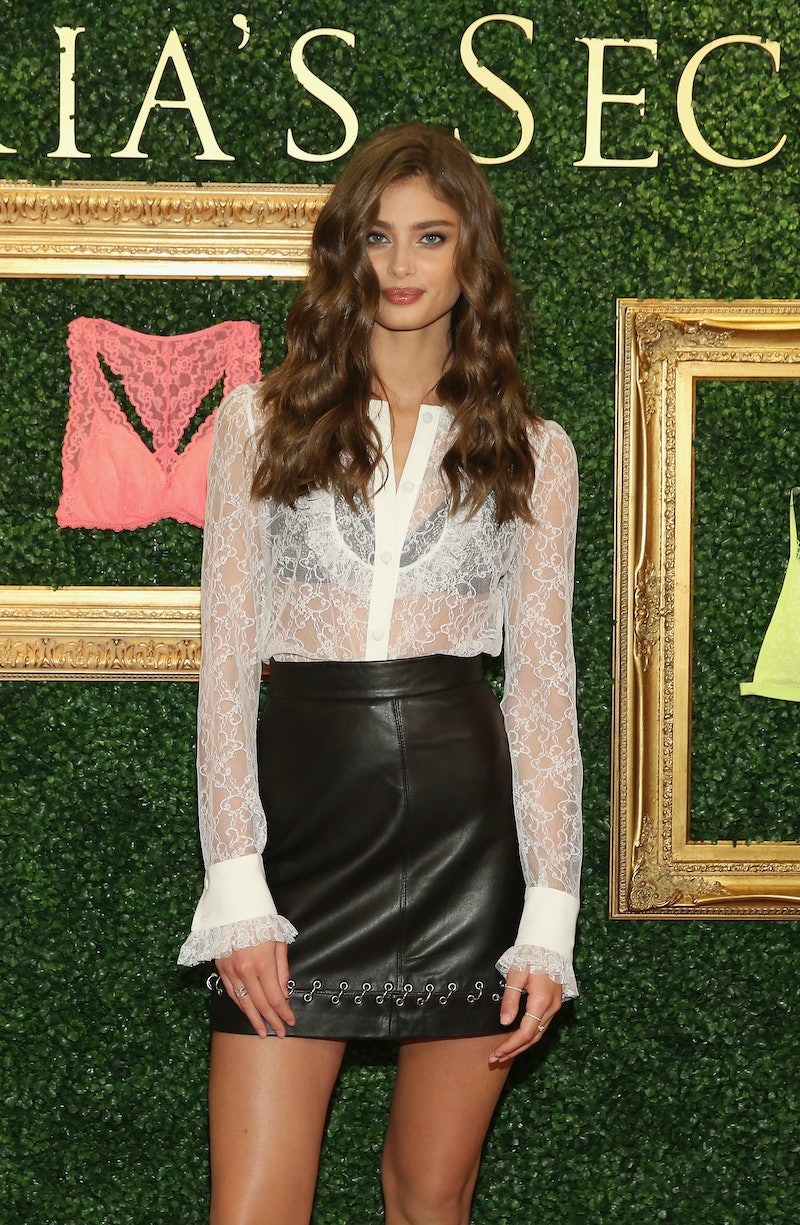 Victoria's Secret has become synonymous with long and flowing wavy hair, but that might fast be changing, because it looks like one of the models just got a pixie cut. So what's the deal? Is Taylor Hill's pixie cut real or not? Here's what we know about her edgy new 'do.

The 20-year-old model shocked everyone by showing off a super short pixie cut on Instagram on Thursday — and unexpected is an understatement. Hill, better known for her long, wavy brown hair, rocked a very textured pixie cut that also looked considerably darker than her natural color, and though it's definitely different, it looks so fierce.

But what's the deal? Is this cut for real? It could be. Though we all know the kind of hair VS is known for, that has been switched up recently. A model rocked natural hair on the runway and Alessandra Ambrosio even got a lob — so maybe a pixie cut is the next step? But while it's not a crazy thought, I'm thinking this is probably a wig.

First of all, Hill captioned her post "Experimenting," and that word has the connotation of not being permanent. If this chop was for reals, it wouldn't be an experiment, it would be there to stay.

The new hair is also much darker than her natural hair color, and though she could have dyed it, it's probably more likely a wig.

See? Her natural isn't as dark, and it's more of a medium brown.

Finally, though it could be the angle of the photo, you can't see her scalp, and that's like, the marker of being a wig. If it was her real hair, you'd see her scalp in there somewhere.

But if it's not real, she totally rocks it, so maybe an actual chop will be in the cards in the near future?