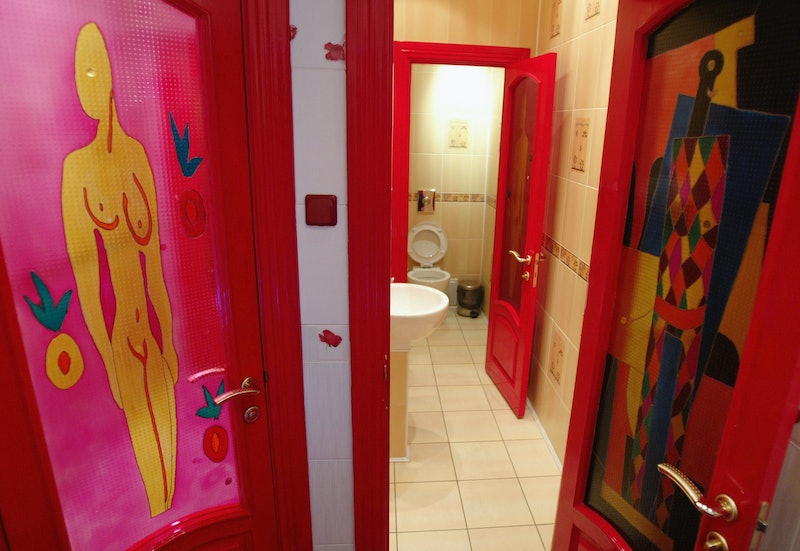 You may have heard of the novel new weight-loss treatment called "Aqualyx" thanks to a recent article in The Daily Mail. This injectable solution promises to dissolve fat cells so that they are later expelled through the patient's urine. But like many too-good-to-be-true weight loss treatments, both the benefits and the risks of Aqualyx remain unclear.

At least one person — English receptionist Sharold Donaldson — is happy with Aqualyx. The Daily Mail reports that Donaldson lost about 28 pounds and several dress sizes following an Aqualyx procedure she had performed in preparation for her recent wedding. The Aqualyx treatments applied to her face and abdomen cost Donaldson around $1,700 — in her opinion, a fair price to pay given that diet and exercise were allegedly not doing the trick.

How does Aqualyx work? According to the Daily Mail:

The injection contains plant polymers, which bind with the cell walls of the fat tissue before rupturing and releasing the fat to be dissolved. The formula liquefies the fat cell which is then eliminated when you urinate over a three-week period.

Sounds simple enough, right? But many questions remain unanswered. What exactly does the solution contain? "Plant polymers" is terribly non-specific, and you should watch out for the implicit suggestion that natural ingredients must therefore be safe. Donaldson's doctor claims that Aqualyx is for body contouring — not weight loss. But an emphasis on the way it causes patients to pee out fat is clearly intended to cause consumers to think their weight problems are just an injection and a bathroom break away.

But even if an injection seems "less drastic" than liposuction to patients like Donaldson, we can't assume that its water- and plant-based formula won't harm patients. Feedback from real consumers seems scant, and at least one unhappy consumer alleges that the injections left her neck saggy, scarred, and in need of corrective surgery. More disturbingly, an actual doctor cited in The Daily Mail cautions that the effects of artificially-induced fat breakdown can be dangerous: fat that dissolves into salt can disturb your cholesterol levels, and fat that dissolves into sugar can disturb your glucose levels.

Given the marginal benefits and potentially huge dangers, I sure hope that no one rushes to get Aqualyx, at least not on the basis of the info presented casually in that story. Taking the Huffington Post's anti-Aqualyx advice — trying hypnotherapy for weight loss instead. It might be equally as unsupported by evidence, but at least it won't give you diabetes.

More like this
This Psychological Effect Might Be Keeping You From Hitting Your Goals
By Lexi Inks
Here’s Your Daily Horoscope For September 26, 2022
By Mecca Woods
This Tarot Card Means It's Time To Reach Your Magical Potential
By Brittany Beringer
10 Ways To Be More Empathetic To Your Partner
By Raven Ishak and Lexi Inks
Get Even More From Bustle — Sign Up For The Newsletter