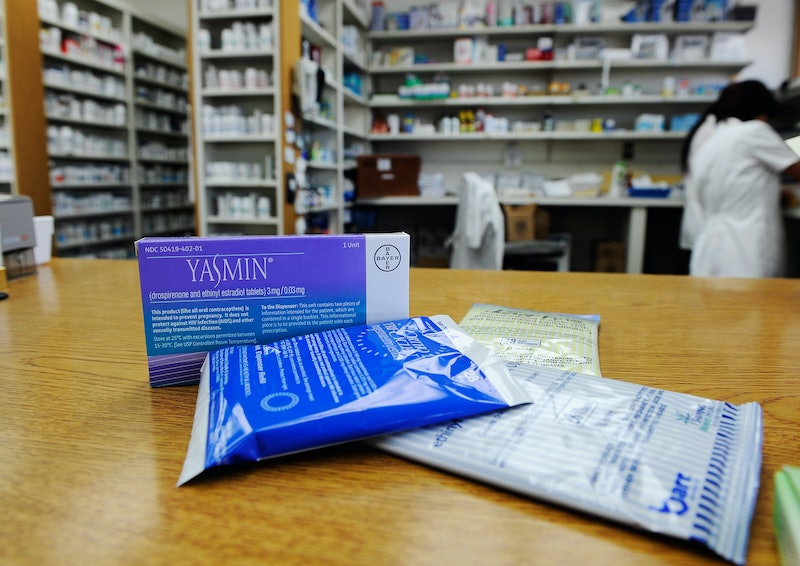 Developed by Boulder, CO husband and wife team William Sacks and Katherine Bicknell, the Kindara app helps women track their natural fertility cycles. These types of trackers aren’t new — ovulation calculators have existed for years. But Kindara also hopes to help women get off of their hormonal birth control.

In an interview with Business Insider, the couple said that they initially created the app not to help women get pregnant, but to find an alternative to hormonal birth control. “Kati had been on the pill for 10 years and she didn't like the side effects. She introduced me to the fertility awareness method and I was blown away by how little I understood about female fertility,” said William Sacks, co-founder of the app.

When you download the app, you'll be asked a series of questions, including when your last period was and how long your menstrual cycle is. Using the answers to these questions, Kindara can predict when you're the most (and the least) fertile. You can also use the app to set reminders for taking basal temperature readings (important for people trying to get pregnant) and no-sex days. Creators also say that Kindara has helped over 10,000 women get pregnant in the last year. The numbers were a lot fuzzier when it came to preventing pregnancies, but that’s a pretty difficult thing to track.

The rationale behind the app, known as “fertility awareness,” is a relatively common birth control method. For people whose religious beliefs prevent contraception or those who are unable to use hormonal birth control, it provides a mostly-reliable option for preventing pregnancy. This method hopes to prevent pregnancy by telling women when to abstain from sex. When conducted properly, fertility awareness has a pregnancy incidence rate between 1 and 9 percent. Add human error to the mix, like miscalculating or forgetting ovulation days, and that risk jumps to 25%.

That’s a little too uncomfortable of a margin for me. Sure, hormonal birth control and condoms sometimes fail to prevent pregnancy, but not a quarter of the time. According to the Centers for Disease Control and Prevention, the most effective birth control method is the levonorgestrel intrauterine device, or Mirena IUD, with a failure rate of only 0.02%.

Kindara may be able to accurately track the days when a woman is ovulating, but it won’t ever be able to account for the little “oopsies,” like getting drunk/lusty/confused about whether you're ovulating and having sex on a no-sex day.

It does, though, present an enhanced way for people who already use the fertility awareness method to track their cycles. Like the co-creator of this app, many women either can’t tolerate birth control, or don’t like the side effects that come along with it. For those of us who can use condoms and hormonal contraceptives, though, I think it's best to stick with a method that we know works instead of relying on a smartphone app.

More like this
The 19 Best Tweets & Memes About Bisexual Awareness Week
By Lexi Inks
Wanna Try Hinge's New Video Prompt Feature? Here Are 7 Tips
By Lexi Inks
6 Dating App Tips To Try If You're Looking For A Serious Relationship
By Lexi Inks
Breeding Kinks Have Been On The Rise Since Roe V. Wade Got Overturned
By Lexi Inks
Get Even More From Bustle — Sign Up For The Newsletter