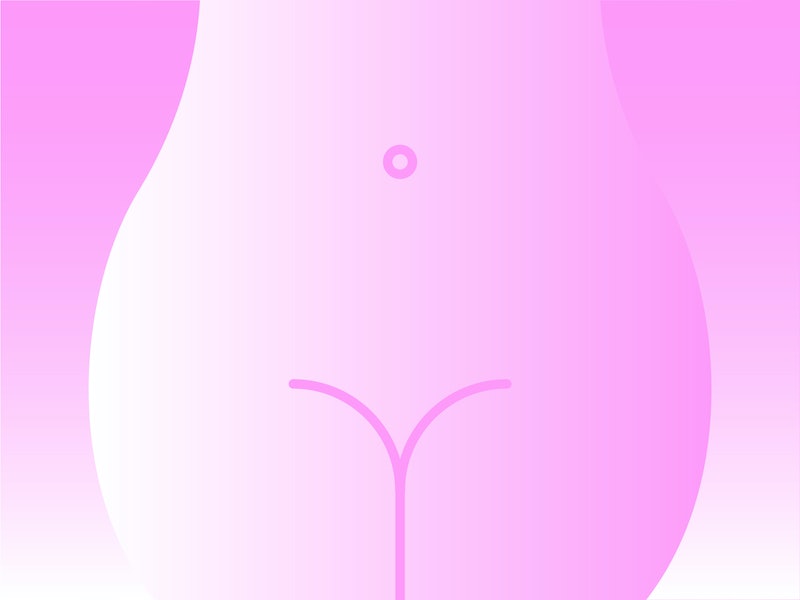 Let’s talk about how the clitoris wasn’t fully understood by science until 1998 (as in, the same year “…Baby One More Time” came out). This is pretty appalling, considering half of the world’s population has had one since the beginning of human existence. Luckily, conceptual artist and photographer Sofia Wallace is clearing up a few things about the ever-mysterious organ with her latest venture, “Cliteracy.”

Wallace’s idea behind the multi-medium project was to not only educate the public about the clitoris, but also shed light on society’s ignorance on the subject. For example: did you know that the clitoris can be up to 9 centimeters long? Or that most of it isn’t even visible? See? We need Wallace.

Insane, right? With such a broad and complex subject like the clitoris, Wallace knew it would take more than just a single art piece to really get her point across. Through a multimedia component, street art, and even a “clit rodeo,” Wallace makes becoming cliterate easy (and fun). She explains the project here:

First up: the “100 Natural Laws of Cliteracy.” This multimedia piece is 10 by 13 foot collage of posters featuring bite-sized facts about the organ —like “The clitoris is not a button, it is an iceberg” and “Freedom in society can be measured by the distribution of orgasms." The cherry on top? A six foot-wide neon “cliteracy” sign. Wallace wants viewers to feel “small” next to it, no matter who they are.

Then there’s the street art. Describing it as an “advertising campaign for the clitoris,” Wallace took slogan-driven posters to the streets of New York City. It’s nearly impossible not to do a double take at anything with the word “clit” or "orgasm" printed across it — which is saying a lot considering how immune to outdoor advertising the average New Yorker is.

And, of course, there was the "Clit Rodeo": an entire event surrounding the demystification of the clitoris. Who wouldn’t want to attend an event by that name, if only just to check in there on Facebook? It was a good night for Instagram photographers too. Wallace teamed up with sculptor Kenneth Thomas to create (wait for it) a giant golden, anatomically correct, ridable clitoris. Enough said.

Naturally, like anything involving explicit neon signs and/or giant golden genitalia, Wallace's project went viral. Seeing as the clitoris falls somewhere between the Big Bang Theory and the last season of Lost on the mysterious scale, this is a very good thing for womankind. By expanding the conversation on what used to be such a taboo subject, Wallace is doing women (and humans in general) a great service. Let's keep talking about it — and reblogging photos of this carnival-sized clitoris.

More like this
It's A Pleasure #53: Help! My Boyfriend Won't Tell Me Why He Stopped Going Down On Me
By Sophia Benoit
The Real Reason Your Instagram Story Viewers Show Up In That Order
By Emma Carey
15 Halloween Costumes Inspired By TikTok Trends
By Emma Carey
Why TikTok Is Obsessed With Caesar Salads Right Now
By Alexis Morillo
Get Even More From Bustle — Sign Up For The Newsletter