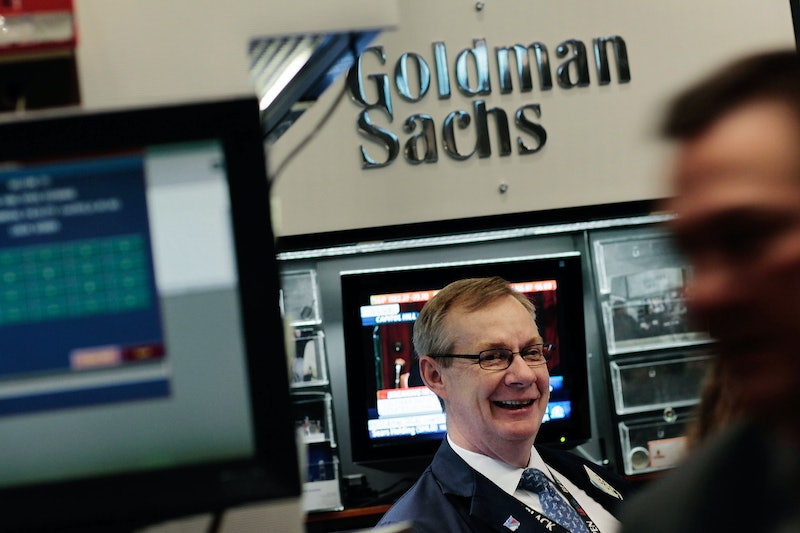 For the past three years, Goldman Sachs has been doing its damnedest to find out which of its many, many employees was responsible for the hilarious Goldman Sachs Elevator Twitter account, @GSElevator, which reported to the world the absurd things that Goldman Sachs employees said to each other when they thought no one was listening. But there’s a reason they were having such a hard time finding the culprit: He doesn’t work for Goldman Sachs. He never did. The tweets weren’t coming from inside the elevator; they were coming from Texas.

The New York Times revealed that the comedic genius behind the account is a man named John Lefevre. Although the 34-year-old Lefevre never worked for Goldman Sachs officially – he once had an offer for the head of debt syndicate in the firm’s Hong Kong office, but didn’t take the job – he is a former bond executive; as such, it wasn’t a stretch for him to make fun of the industry in which he once worked. “I went into investment banking and I saw a group of people that aren’t as impressive as I thought they were,” says Lefevre about the creation of @GSElevator. “Or as impressive as they thought they were.” Twitter has frequently proven itself to be an excellent medium for satire, so it’s perhaps unsurprising that the account took off.

If you're mourning the loss of your favorite Twitter account, though, don’t fret; there’s more coming your way soon. Lefevre sold a book to the Simon & Schuster imprint Touchstone last month, based on @GSElevator and dealing with Wall Street culture. Goldman Sachs, meanwhile, announced in a statement, “We are pleased to report that the official ban on talking in elevators will be listed effective immediately.”

Sure, Goldman Sachs. Whatever you say.