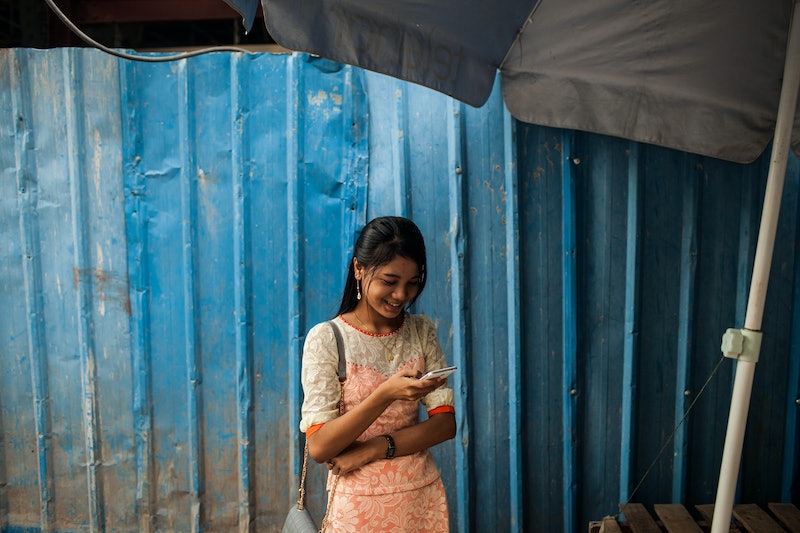 New research suggests that mom was right: peer pressure really does make you do dumb stuff. A new study featured in the "Sex and Media" issue of Routledge's Media Psychology found that, despite understanding the risks, teens are still sexting — possibly because of peer pressure.

Adolescent sexting and its repercussions have been on our minds for a while now. It should come as no surprise that teens, much like adults, will readily repurpose technologies towards sexual ends. But teens are somewhat less well-equipped to think through and deal with the potentially negative consequences of a betrayal of sexting trust or a mistakenly-sent racy message. Why do teens keep on sexting, even though they've heard the horror stories?

As psychologist Mariek Vanden Abeele explains, regarding her team's new findings reported in the :

"We were intrigued by the fact that most teens appear aware of the potential risks of sexting, but nevertheless still commit to producing and distributing nude or semi-nude pictures of themselves to their peers... We felt that a possible explanation for the fact that teenagers engage in sexting practices despite the obvious risks, could lie in the role of powerful peer group dynamics such as peer pressure and popularity."

Upon further examination, it turns out that teens do in fact use sexting to elevate their status and gain acceptance, in addition to any actual sexual gratification these activities may provide. There's an interesting gender asymmetry, though: male and female adolescents both report that sexting behaviors raise their self-perceived popularity with males only. This matches the ordinary observation that women often "slut shame" each other, while men socially reward both their sex partners and their friends for sexual behavior.

These findings have unfortunate implications for teen sexting prevention, though: if teens already know that sexting is risky, then more scare stories won't dissuade them from partaking in it. Parents might need to resort to more authoritarian measures (e.g. supervised phone time, turning off texting, demanding email passwords) in order to save their teens from pursuing short-term social benefits at a high long-term cost.

As for sexting amongst adults? I'd like to think that the 9 percent of Americans who are fully-grown sexters do it for fun and not to impress their friends, but further research is required.