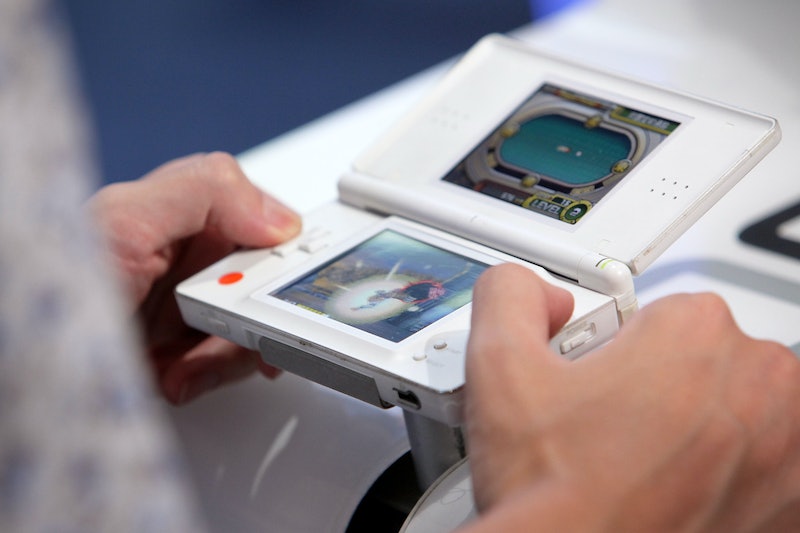 Have you struggled with food cravings? The solution might have been lurking in your smartphone or on your computer all along. A new study in the journal Appetite suggests that Tetris can curb food cravings — as if the old-school video game wasn't awesome enough already. Experimental participants who were asked to play Tetris for just three minutes reported that their cravings had become 24 percent weaker than participants who didn't play Tetris.

Intuitively, this makes sense — talking yourself out of a craving kinda just makes it worse, but distracting yourself can work pretty reliably. There's more, though: in psychology jargon, the mechanics of this effect are known as "Elaborated Intrusion Theory" (EI). Your busy little brain goes to work conjuring up vivid images of the things you begin to crave, such as food. Entertaining these mental images makes the craving escalate over time — unless you're distracted, in which case the images dissipate, or never form in the first place.

To interrupt this enticing imagery process, a potential distraction much be so cognitively demanding that your brain can't also do a bunch of simultaneous craving imagineering. Tetris requires you to spatially visualize objects, which is pretty hard as far as mental tasks go, and also the pace quickens as you play. Although this isn't the first time Tetris has been heralded as a cure for some problem (it's also been recommended for PTSD and lazy eye, of all things?), there's reason to be optimistic.

If Tetris isn't quite your jam, anything similarly cognitively demanding should also do the trick. I heard that Candy Crush is popular with the kids these days. Or, if you're craving an afternoon dessert in that post-lunch office lull you could just, you know, put your mind to doing your actual work?