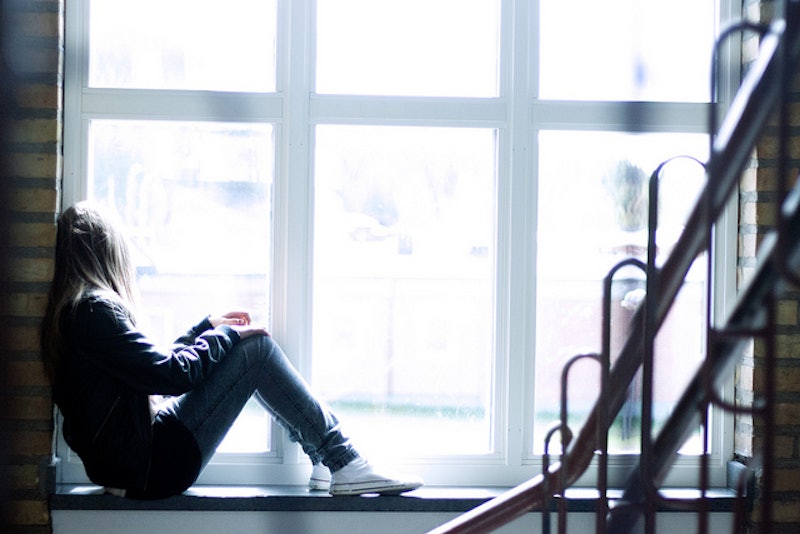 My grandfather has married four times. After the second, it was “third time’s the charm”. Then, “maybe next time”. Now, we joke that he’s not allowed to get married again. “This is it, Papa,” I tease him. “If it doesn’t work out, you’re just going to have to live in sin.”

My grandfather smiles good-naturedly at me but the circles under his eyes belie his happiness. He is tired of clinging to the notion of true love, of hoping for more but never quite getting it.

He is not alone. No one in our inner family circle has seemed to find that essence that Nicholas Sparks extols, that Hollywood peddles, and that even the Bible heralds as the greatest thing of all: Love. We joke about it being the “family curse”. We have no trouble charming our way into the hearts of romantic interests but, like sand slipping through our fingers, we always seem to lose them.

I used to think it was just our cup in life to be alone. Growing up, I was dubious that I would ever be able to sustain a serious relationship. I saw my future as a revolving door of "joke" relationships. I would be "that" friend, the chronic man-hopper who could never seem to settle down. I accepted this pitiable scenario as my reality. After all, I had never seen a healthy marriage. How could I be expected to know what to do without a successful precedent? I’ve only known disappointment and screams and slammed doors. How could I be expected to be gentle? To compromise?

My family had too much pride, too much conviction, just “too much” to allow an outsider to change us. Although the thought of being alone terrified me, letting go of what I thought made me strong, made me a Jones, unsettled me more.

Then I reconnected with an old high school friend: Sean. We began a romance over the summer that fundamentally changed the outlook I inherited from my family. For once in my life, my pride was challenged. It was no longer acceptable for me to just revert to a bulldog — or worse, a shell — when I did not get my way. I recall in one argument, Sean asked, “Do you think that’s fair to me? Have you thought about how it makes me feel when you shut down?”

It was as if my blinders had been ripped off. I never previously considered how my closing off compromised my partner's sense of security and respect in the relationship. It was just me being myself. I realized then that I was not only being pig-headed. I was being utterly selfish. There is no room for that in relationships.

Granted, Sean and I have only been together a year now. Still, that’s longer than any of my previous relationships. It represents progress for me. Although there is no certainty that we will last, I have come to appreciate what our union has taught me about love. There is no honor in holding onto your ways so much that no one can reason with you. It's not about being the strong one, either. It's about learning to be gentle.