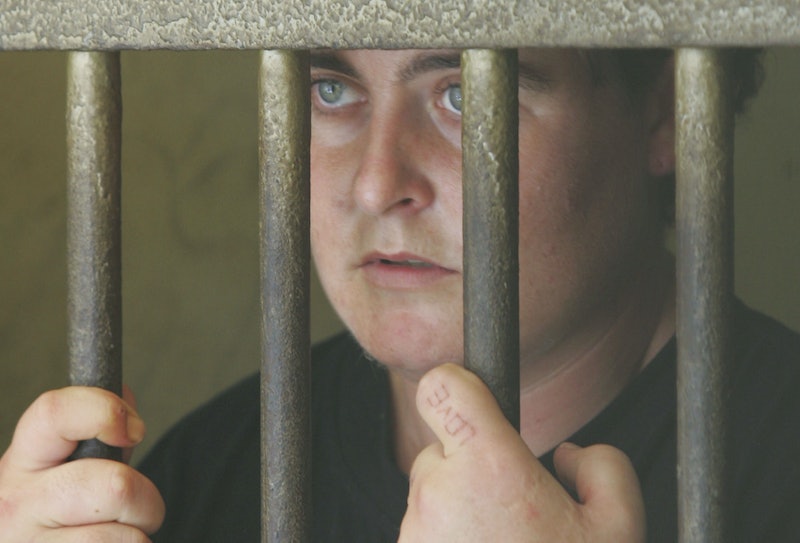 Last week, a woman in Washington state who was abducted and sexually assaulted by two men in 2012 was arrested on a material witness warrant to make sure she testified against her captor after she missed several court appearances. The contradiction in seeking justice for an abducted woman by essentially abducting her again is pretty outrageous, but even more outrageous is the fact that some people are saying that prosecutors made "the right call." Excuse me while I bang my head against the wall for a while.

In a Slate article entitled "Prosecutors Arrest Alleged Rape Victim to Make Her Cooperate in Their Case. They Made the Right Call," Amanda Marcotte argues that this was actually a stellar decision on the part of those who decided to arrest the alleged victim. She writes, "The sad, unavoidable truth is that we have to decide what's more important to us: putting abusive men in jail or letting their victims opt out of cooperating with the prosecution as they see fit." Remember that thing I mentioned about head banging?

Because you could also put this another way: We have to decide what's more important to us: the fate of rapists or the fate of the women they've raped?

To be clear, I think that men who threaten a woman with a knife, tie her to a chair, and attempt to force themselves on her deserve to be punished to the full extent of the law, both in order to pay for their actions and to prevent attacks against potential future victims. But the needs of the current victims must be prioritized. Women can have perfectly valid reasons for not wanting to testify in court or bring cases against their attackers, reasons they don't have to justify to anyone. Facing your rapist and talking about what he did to you in front of a room full of strangers can be traumatizing in and of itself. Putting an already-traumatized woman in jail overnight in order to force her into going through with this delightful experience certainly does not prioritize that woman's well being. And, in fact, the idea that this is an acceptable move is itself symptomatic of rape culture — it harms an already traumatized woman, forces her into something against her will, and gets justified because somehow she isn't as important as the trial. And the whole thing goes on with impunity.

We live in a rape culture, a culture in which rape is common, normalized, and excused by society. The end of rape in this country will not come by keeping "very bad men" off the streets but by confronting the cultural mentality that sees men attacking women in this way. Throwing victims under the bus to put a few offenders in jail is not progress, not in any sense. It's just a perpetuation of the same, tired cycle of violence and victim blaming.

More like this
Women Around The World Are Cutting Their Hair In Solidarity With Mahsa Amini
By Darshita Goyal
Black Women's Equal Pay Day Highlights An Upsetting Problem
By Brandi Neal
Chelsea Clinton On The Best Advice She Ever Got From Her Mom
By Brianna Kovan
64 Genius Gift Ideas For Every Single Guy In Your Life
By Teresa Newsome, Mia Mercado and Brittany Leitner
Get Even More From Bustle — Sign Up For The Newsletter