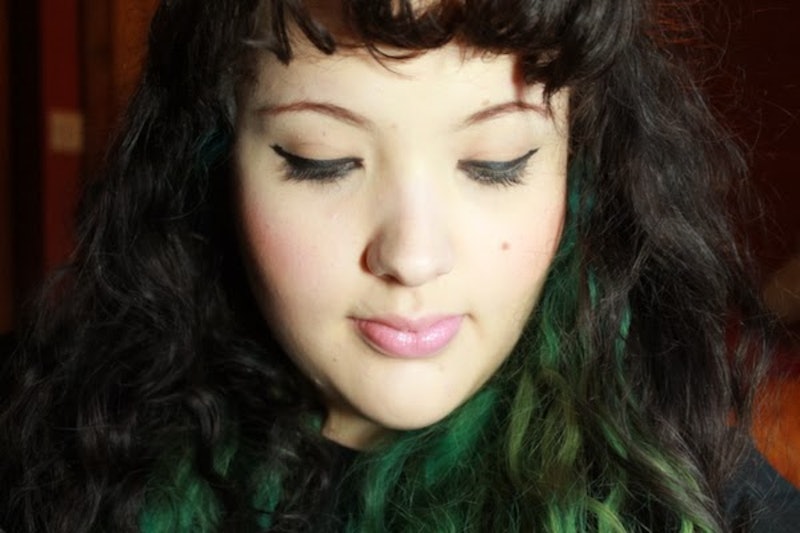 Think how pretty you’d be if you lost that belly. At least you have a pretty face. Since my body began to change at 13, I've heard those lines more times than I can count.

When it comes to my weight, no one has ever hesitated to express their opinion. Any amount of "excess" fat on my body as a preteen was met with the scold Don’t you want to grow up to be a healthy grown-up?

Mira esa barrigota, Dios mio. Look at that big belly, my god. Those were the words I heard time and time again; in English from the school nurse, in Spanish at home. Bringing home an A on a test or scoring a goal in soccer never seemed to matter as much as how big that belly was.

It was only when I was so obviously sick — eyes sunken in, experiencing daily fainting attacks, scratching compulsively at my arms until they bled and ultimately turned to scars, unable to eat practically anything without vomiting — that anyone realized there was something wrong.

At 13, I decided to do something about it. I obsessively counted calories and only allowed myself 300-500 calories a day for the next two years. I exercised compulsively until three or four-times those calories were burnt. I started routinely collapsing, fainting, dry heaving, and developed serious anemia. My hip and rib bones started protruding from my skin. I viewed them as measurements of how far I’d come, and still had left to go.

Amazingly, the people around me applauded my weight loss efforts. They told me how beautiful I looked, how healthy I looked. In 18 months, I had dropped approximately 60 pounds. Maybe it was just that everyone saw me exercising, and thought the weight was dropping naturally. Maybe they just didn't want to see that I was actually ill.

It was only when I was so obviously sick — eyes sunken in, experiencing daily fainting attacks, scratching compulsively at my arms until they bled and ultimately turned to scars, unable to eat practically anything without vomiting — that anyone realized there was something wrong.

My mother finally put me into nutritional counseling with weekly sessions, during which I was lectured on the side effects of eating disorders and weighed in to make sure I was no longer losing weight. The cafeteria staff at my school was assigned to watch me and make sure I wasn’t throwing away my lunch. Everyone began hovering.

For me, the the weigh-ins at home and at therapy made things all the worse. When the number on the scale inevitably started going up, I felt like all my hard work was being stolen from me. I refused to speak to my mother. I didn't want to look at my brother, who I'd previously thought of as by best friend. I didn't want to recover for any of them, because they were the ones who wanted me to be skinny in the first place.

If I'm honest, It was boredom and exasperation more than anything else that made me start eating healthy. I was sick of going to therapy. I was tired of hiding in my room at home. I still didn't believe that I was attractive or beautiful, but if pretending got me out of weekly sessions with the nutritionist, pretend I would.

Even though I began rising to a healthy weight years ago, I wasn't over my anorexia. The intrinsic need for change never faltered; the feeling of being trapped in a body that still wasn’t quite right.

When it was time for college, I was petrified. I was going to be around thousands of people I didn't know. I was going to have to impress them. How could I do that when I felt so profoundly unattractive inside and out?

My first two years at NYU weren't so bad, really. But I was still too shy to party or date. Everything changed when I decided to study abroad in Spain and Prague. When I went abroad, I was suddenly enveloped in positivity unlike anything I had ever known. The friends I made, the boyfriend who I am still with today, the culture, and the atmosphere of totally non-judgmental cities changed the way I saw my body.

I remember getting ready for a Flamenco show in Madrid: makeup, hair, a basic burgundy dress from H&M. It wasn't until I sat watching some incredible guitar playing that I realized I hadn't thought of my looks once that night. I had gotten ready almost absentmindedly, thinking only of the night ahead.

I returned to the states 40 or 50 pounds heavier. I was not unhealthy, but if you want to call it something, you could have called me chunky, curvy, plus-size, or even overweight. Ironically, for the first time in my life, I knew I looked good. Today, that feeling of self-acceptance has evolved into running a plus-size style blog.

I don’t count calories anymore. I don’t strive for weight loss. I don’t exercise excessively, but I do exercise. I still get bombarded with the same suggestions that I should lose weight. The difference is, I've stopped listening.

More like this
It's A Pleasure #53: Help! My Boyfriend Won't Tell Me Why He Stopped Going Down On Me
By Sophia Benoit
Bustle Daily Newsletter: October 4, 2022
By Hayley Schueneman
Help! I'm Not Getting Any Attention On Dating Apps. What Can I Do?
By Sophia Benoit
The 5 Best SLS-Free Toothpastes, According To Dentists
By Amy Biggart and Danielle Calma
Get Even More From Bustle — Sign Up For The Newsletter