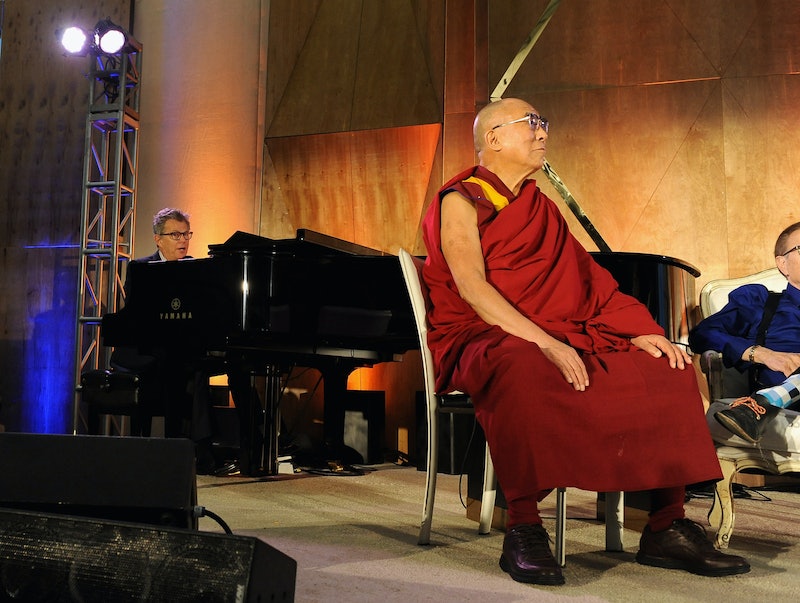 The next time someone tells you that Instagram is just something that self-absorbed teens are into, you now have the perfect comeback: The Dalai Lama is on Instagram! This is like that time the Pope joined Twitter. Revered spiritual leaders using social media, hooray!

Seriously, though, this has to be about the coolest account you can follow on Instagram. Because for one thing, it's the Dalai Lama, who is always one of the most awesome people you could be paying attention to at any given time. For another, the Dalai Lama gets to meet other awesome people, like President Obama, with whom he is already pictured on the account. And furthermore, the Dalai Lama travels all over the world, so this account already has tons of fascinating photos from San Francisco to India. Plus, it's the Dalai Lama.

The Dalai Lama is the spiritual and former political leader of Tibet. The current Dalai Lama, Tenzin Gyatso, was exiled from his home country after China invaded Tibet in 1950. He has spent his life since then working for peace and liberation for Tibet, in addition to promoting interfaith dialogue around the world. He won the Nobel Peace Prize in 1989 and at the age of 78 still speaks to audiences all over the world. Recently, he has also been active on social media, including Twitter and now Instagram.

The account, which was set up on February 1st, is described simply as "Welcome to the official Instagram Account of the Office of His Holiness the 14th Dalai Lama." He already has over 30,000 followers. And some spectacular photographs. Check 'em out!

You can find these photos and more on the official Dalai Lama Instagram.