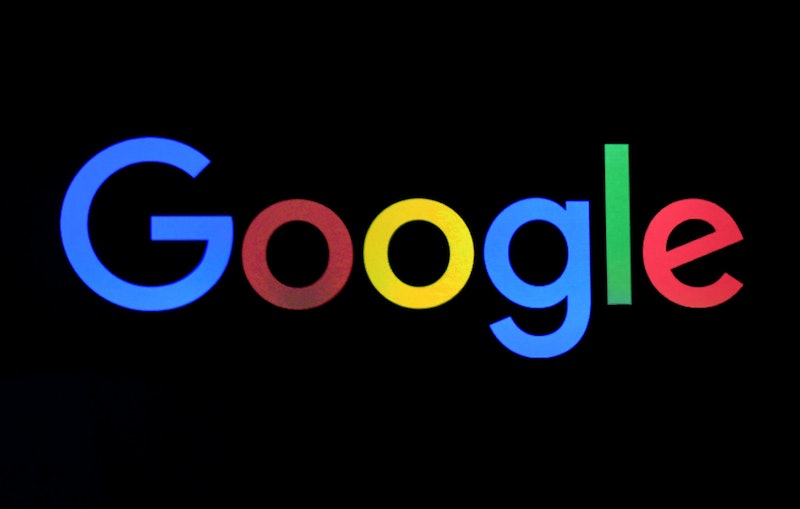 We all love Google Doodles. Whether the daily riff of the Google logo is cute or thought provoking or whatever else, they're pretty great to have around to wish us well as we go about typing whatever twisted thing we're looking for into the search engine. But it turns out that while Google Doodles are entertaining...they're also pretty darn sexist and racist.

A group called SPARK, comprised of young activists taking on issues of women's representation in media, has crunched the numbers on Google Doodles and found that of all the individuals featured on global Google Doodles from 2010 through 2013, a full 75.3 percent were white men. Yes, you heard that correctly. Only one out of every four people featured on a global Google Doodle is not a white man. So you know that however the rest of the break down goes, it's not going to look good for white women and people of color. Let's take a look.

White women make up the second largest group represented, at a whopping 15.7 percent, while men of color were represented in 6.7 percent of the Doodles. And while it was truly awesome that Google recently featured Zora Neale Hurston, she is clearly an outlier; only 2.3 percent of global Google Doodle figures were women of color. So that's all pretty awful.

Because Google features different doodles in different parts of the world, things get a bit better if you move beyond just the global doodles. But then again, they'd almost have to. Looking at all Google Doodles between 2010 and 2013, including those that were only shown in certain countries or regions, it turns out that only 62 percent featured white men. Hooray?

Google is supposed to be a global source of information, for all people everywhere. So the fact that it can't even properly represent such broad demographics as "women" or "people of color" (never mind actually giving decent representation to actual racial and ethnic groups), is a hugely troubling. Dana Edell, executive director of SPARK, says “Google is the information center of the world, and it’s presenting a skewed and imbalanced vision of who creates knowledge."

But fortunately it might be getting better? Ryan Germick, Google’s Doodle Team Lead, told the Wall Street Journal that the team hopes to represent men and women equally this year, though there's no word of upping representation among people of color. For its part, SPARK wants to make sure Google follows through with their promise. They are launching an online campaign, including a petition on change.org, and a Twitter campaign organized around the hashtag #doodleus. They also have launched a pretty awesome Tumblr account.

Hopefully it will make a difference. And at the very least, things can't get any worse than the data from 2011, right? Right?