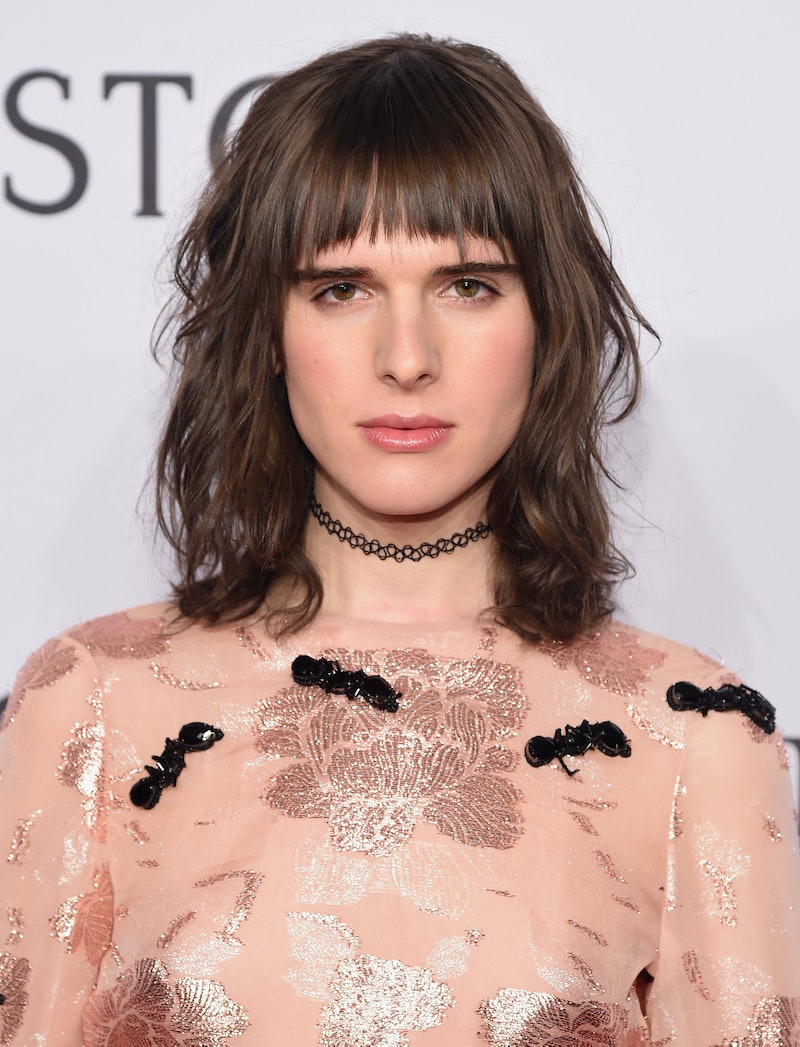 Each time another trans person graces the cover of a magazine or stars in a fashion campaign, my heart feels as though it's skipping a beat. In an age during which transgender visibility in fashion and media is finally a reality, I'm eternally grateful whenever I get the opportunity to write about or share links of the Next Big Thing in trans sartorial culture.

But while I'm grateful for this representation, very little about gorgeous models like Hari Nef or Siobhan Atwell feels relatable, what with their hauntingly good looks and exceptional abilities to pass as cisgender women. Since the existence of trans people is still a relatively new concept to much of this unforgiving and skeptical world of ours, I'd argue that the focus on these trans media darlings can lead people to believe that "trans" looks like one thing. And if you can't pass as easily as everyone's favorite trans model, then you're not beautiful enough, worthy enough, or the "right" kind of trans.

Of course, cisgender people deal with unreasonable beauty expectations in fashion, too. The majority of the modeling world consists of cisgender humans who, more often than not, embody beauty standards that just aren't realistic for most of us. But it's pretty widely known — especially thanks to body positive efforts meant to shift our perceptions of acceptability — that these looks are generally unattainable. When trans people only make up a very small part of the population, however, such consciousness is at a risk of becoming lost as supermodels like Andreja Pejić become society's idea of what trans folks really are.

Unfortunately, inadvertently setting beauty standards for trans people is especially damaging because most of the community simply can't afford to look like these individuals. Getting the "right" genitals or jawline is far more difficult and costly than tracking down the right miniskirt, after all. And so, due to this lack of diverse representation of trans-ness, my body positivity as a trans person suffers.

As a transmasculine individual, I have even less fashion mavens to look up to within the industry. Trans male models like Benjamin Melzer are not only hard to come by, but they also arguably embody standards of beauty that I will never be able to achieve. Between my multiple health concerns, my limited income, and the fluidity of my gender, I will likely never medically transition via hormones or gender affirmative surgeries.

By and large, trans people tend to make up underprivileged communities. There is a considerable wage gap involved with being trans in the workplace, whereby trans women make 32 percent less than they did before their transition (and for trans women of color, it's even less). According to news site Rewire, "90 percent of trans workers report discrimination on the job, including firing, being passed over for promotion, harassment, and workplace vandalization."

Additionally, there exists legislation in multiple states (like North Carolina's House Bill 2) that allows employers to choose whether or not they want to hire a trans person on the basis of their gender identity. And when trans youth come out to intolerant parents? Homelessness can put them at a huge disadvantage regarding emotional and financial support early on. Even tracking down the right miniskirt could then become a bit of stretch for such a marginalized community.

Besides the issue of inaccessibility when it comes to passing, most trans models don't reflect the gender nonconforming portions of the trans community who have no desire to pass. Sure, fashion is progressing by including folks who inhabit gender identities other than the ones they were assigned at birth. But where are the genderqueer people? There are plenty of cis women in men's clothes on the runways (aka fashion's working definition of "androgyny"), yes. But where are all the men in dresses? Where are the actual gender nonconforming people?

While gender neutral lines are meant to appeal to more fluid people like myself, they're almost never genuinely representing their audience, either. And so fashion fails to properly acknowledge the people it's trying to sell clothes to.

There are a couple of exceptions, however. Gender nonconforming models Tyler Ford and Rain Dove are honestly the only mainstream fashion folks who I feel I can identify with. With all trans representation in fashion being endlessly constricted by gender binaries, people like Dove are a breath of fresh air to me.

Dove has shown me that gender fluidity is beautiful and photo-worthy. She demonstrates that androgyny can be a strength in the fashion industry, and works to bring greater visibility and justice for the trans community through all the work that she does. With her vocal distaste for conventional fashion and beauty practices in her day-to-day (and her public honesty about having to hustle to make enough money to live), she helps normalize the reality of many trans folks' inability and/or lack of desire to pass or look a certain way. In a nutshell, Dove embodies everything folks like me desperately need to be seeing in fashion and media.

I inhabit a body that most would classify as feminine or belonging to a woman, but I feel masculine (and sometimes like man). I love short hair, button-ups, and bold lipstick. I adore my vagina, but fantasize about getting top surgery.

Deep down, I know that regardless of all of these contradictions, it's my never-ending fluidity that makes me who I am. So while I will still fangirl over my favorite trans models and continue to believe that they're doing a world of good by existing in the fashion world, they do not satisfy my needs fully for representation, nor do they reflect my own reality.

Trans people look like stunning women, beautiful men, and everything in between. But it's the in-between majority — regarding gender, aesthetic choices, and accessibility — that needs more representation.

More like this
Berriez Founder Emma Zack On Her Size Inclusive NYFW Show
By Dominique Norman
The 19 Best Tweets & Memes About Bisexual Awareness Week
By Lexi Inks
An Honest Review of MeUndies Boxers, According To A Non-Binary Person
By Megan Lasher
Pro Footballer Zander Murray Is "Blown Away" By Support After Coming Out
By Sam Ramsden
Get Even More From Bustle — Sign Up For The Newsletter