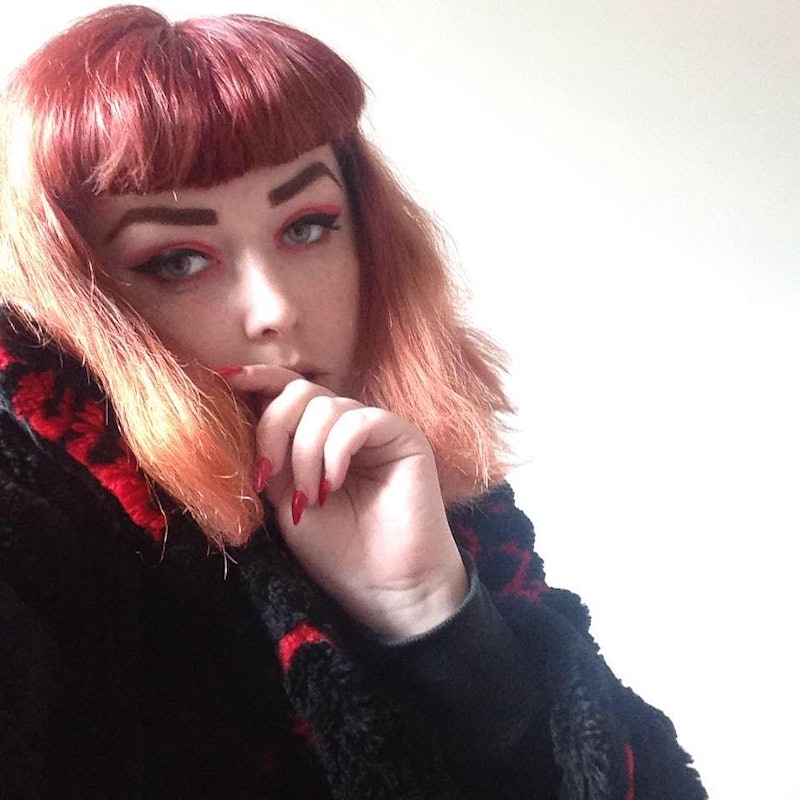 I never thought that I would cut my hair into a bob. My first 20 years of existence were spent wishing my mane would grow, then chopping it down to mid-length pining for change, then wishing it would grow again. I would dye and bleach and cut in dodgy fringes, never visiting the hairdresser, putting up with split ends, and failing to consider the damage that DIY coloring could have on my hair's health. That is, until a couple of years ago.

Left with straggly split ends that no amount of conditioner could undo and hair that wouldn’t grow beyond boob-length, I headed down to the cheapest hairdresser I could find and did the unthinkable for the first time in my living consciousness: I cut my mane into a short bob.

From my experiences, it seems that, for many women, hair is considered something of a currency. There’s nothing like a perfect blow-out to convince the world that you have your shit together. I’m not trying to say that cutting your hair above your shoulders or chin is a huge deal for everyone: It’s not. But for me, long locks were, for a long time, a symbol of femininity, whether due to social conditioning, arguably ridiculous shampoo commercials, or unattainable supermodels running their hands through their pampered strands. For myself and many other women I know, a full head of luscious, long hair is something of a comfort blanket: Easy to hide behind; offering protection from the world around us.

If anything is for sure, it's that I certainly wasn’t expecting to feel more like myself once I got rid of it all. But somehow, that’s how things went down. On a practical level, I had more time on my hands. As a long-haired lady, I loved spending hours on intricate hairstyles like milkmaid braids and littering my strands with cute clips. The way I did my hair became intrinsic to expressing myself.

With my new bob, however, the cut was enough to speak for itself. There was less maintenance involved, and less time faffing and flapping in the morning. My hair simply — and usually — just looked good.

It may seem reaching, but making the chop made me feel in some small way as though I was rejecting patriarchal notions of beauty. I was eschewing the Rapunzel-esque fantasy, ignoring the trope that men hate short hair along the way.

Whether that sentiment holds any truth to it or is simply a dated myth in 2016 is unclear. But, perhaps surprisingly, I’ve received a fair amount of nasty comments in my years sporting short hair in contrast to those before.

Multiple men have thrown abuse at me in the street and online alike. I’ve been harassed IRL (and then in the comments section) by a viral video star. I’ve been asked in quiz-like fashion by many dudes (all of them strangers) whether I’m a feminist on the basis that my hair doesn’t touch my collarbone and that, on occasion, I rock cat-eye glasses.

Perhaps it’s the Enid Coleslaw effect — the comic book and on-screen star portrayed by Thora Birch — whose pessimistic, no-effs-given attitude and apathy for the world around her have inspired my aesthetic both physically and mentally ever since I first watched Ghost World. But having less hair made it easier to shrug off small-minded comments, helped me develop thicker skin, and ultimately provided me with more confidence in tackling uncomfortable situations.

Coleslaw isn’t the only character to pave the way for women who prefer their hair short, though. Let’s be honest: Some of the best pop culture and movie icons of our time also rock a blunt bob cut.

Championed religiously by none other than ultimate boss bitch Anna Wintour, it's clear that a bob can be considered symbolic of power. It's an intimidating look, and not just for those of us risking years of growth to attain it.

Some of the baddest babes in cinema have also become iconic, in part, due to their affinity for a short fringe and blunt hairline, from Rose McGowan in Doom Generation to the ever-since emulated Uma Thurman as Mia Wallace in Pulp Fiction. There’s probably no legitimate or scientific correlation between one's ability to command the attention of a room and the length of one's hair. But these ladies certainly make a good case for the mantra, "The shorter the cut, the more powerful you can be."

I completely understand and appreciate that long hair can be just as liberating for many women as short hair is for me. I can conceptualize the history behind our obsession with long tresses, dating back to Biblical times. After all, many women have been looked down upon for their "failure" to have long locks, and even punished for their poor behavior by having their hair cut off entirely in some cultures, the Huffington Post reported.

All in all, women haven’t always felt liberated by chopping off their manes and, equally, women don’t need to cut off their hair to feel liberated. Just because a woman with long hair may not be directly subverting any beauty standards or codes does not mean she’s any lesser than those who choose to chop.

As for me, however, my sharp bob and blunt bangs are my own quiet middle finger up to prescribed femininity, to the men who stare and shout, and to societal notions of traditional beauty. And this will likely continue to be the case for the foreseeable future.