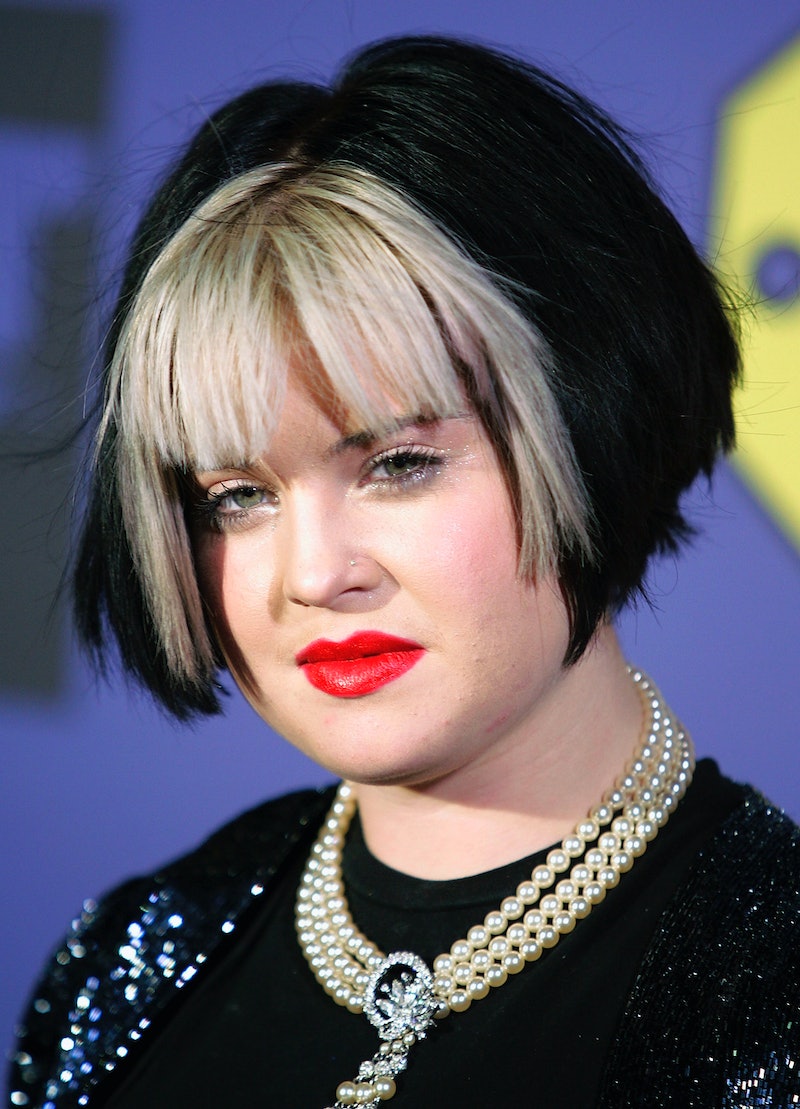 Ever since the first modern-day goths crawled out of their bat-encrusted caves and vampiric dwellings in the '70s, the goth subculture has been constantly redefining itself, evolving into many different contemporary forms. Once a beautifully rare sight, catching a glimpse of a celebrity goth phase isn't that uncommon nowadays.

Back in my own youth, my mum was horrified that I responded to a simple, "What's your favorite color?" question with "black, because I like goths." Still, my parents were fairly reasonable and would take me to all of the alternative stores in Stoke-on-Trent and even allowed me to attend Download Festival as long as I was accompanied by friends.

The first shoes I bought myself were actually a pair of New Rock leather pirate boots that I purchased using saved birthday and pocket money. They now gather dust in the back of my wardrobe. Towards the end of my goth phase, however, I owned three pairs of metal boots as well as a platform pair of creepers.

Due to living in a rural area, I would have probably had nowhere to direct my teenage angst without celebrity influences. But thanks to many a celebrity goth phase, I felt confident enough to dabble in the lifestyle myself. These 13 celebs who went through an era of goth aren't necessarily the ones who directly affected my own choices, but they are my current absolute favorites.

Although this picture manages to find its way onto so many awful "worst ever red carpet looks" lists, the very gothic Angelina Jolie outfit from the year 2000 is hands-down my favorite Oscars look of all time.

The young singer and style icon looked absolutely amazing in this black outfit with a contrast collar and cuffs. She was definitely feeling those Wednesday Addams vibes, and I'm loving the blunt bangs, too.

Lorde arguably reached her peak goth phase back in 2014. Since then, her gothic vibes seemed to have ebbed slightly, as she's been seen on Twitter wearing roll-necks and snapbacks just like any other teenager.

It's no wonder that Kelly Osbourne went through some major goth phases in her youth considering her father is literally the Prince Of Darkness. Some of her looks when The Osbournes series first aired were unforgettable and inspired me to make my own moody sartorial choices.

Androgynous model Agyness Deyn has gone through many style evolutions in her time, but the gothic bowl-cut stage was by far one of the best. Ever the style chameleon, the iconic tomboy has since completely grown out her hair and undergone a major wardrobe update.

This is less of a goth phase and more of a subculture theft, but Rihanna looked so good in all-black and a choker that I couldn't allow myself to leave her out.

The Stranger Things star has been one of the more prominent teen goth figures ever since she starred as the adorably peculiar Lydia Deetz in her Beetlejuice days. Since then, the talented actor's gothic style has matured a little, but still teeters towards the darker side.

When binge watching the first season of Gossip Girl, it's easy to forget that Taylor Momsen has grown into a total rockstar. For those who have somehow missed the memo, the ex-actor now soaks up the limelight while playing shows with her band The Pretty Reckless.

Although goths tend to be more interested in demonic happenings, Beth Ditto looked practically angelic singing into the microphone while surrounded by beams of light. I'm really digging her tiny fringe and shiny black hair. BRB, going to book a salon appointment.

Bad girl Rose McGowan has always leant towards the edgier side of fashion, but she went through a full goth moment at the time she was dating the pale emperor, Marilyn Manson. The pair eventually split due to lifestyle differences.

Although this is more than likely a one-off gothic look rather than a lifestyle choice for Mary-Kate and Ashley Olsen, they still looked fabulous and the oversized round sunglasses made the perfect vampiric accessory.

Although so many people absolutely despise this braless Alexander McQueen look, including Paltrow herself, I think it serves as a nice reminder that nipples should be allowed to wander wild and free. As for me, I'm really digging the eye makeup, too.

Although the goth phase is, in fact, just a phase for a lot of celebrities, Christina Hendricks is an original goth chick through and through. A quick Google Image search and you'll be knee-deep in old pictures of the Mad Men actor rocking cropped black hair and biker jackets.

Well, I think it's about time I revisited some gloomier looks myself. All this goth talk is making my eyeliner thicken.