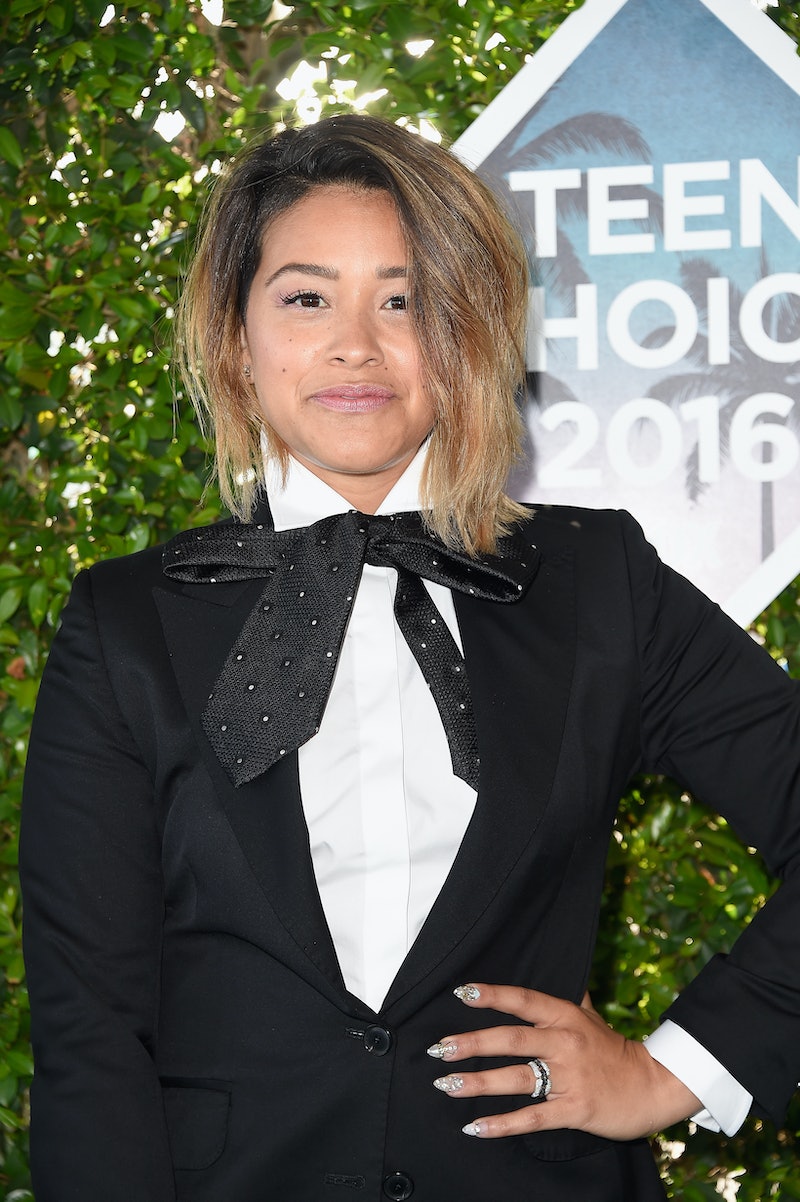 Everyone knows that Gina Rodriguez is baller. The Jane The Virgin star and Golden Globe winner has been stealing many a heart since the television show's premiere in 2014. But Gina Rodriguez at the 2016 Teen Choice Awards? Things just got even hotter, if you ask me.

When it comes to award ceremonies, it's traditional for dudes to wear suits and tuxes and for women to rock classically feminine dresses. I'm still hoping for the day when seeing a self-identified gal walk up to one of these shindigs in an outfit "designated for the guys" isn't news. But until we crush gender roles at large and redefine what it means to be a "woman" or a "man," well, I'm going to call Rodriguez's suit this evening a total gem.

Rodriguez showed up to the festivities on Jul. 31 — no doubt to celebrate her nomination for Choice TV Actress In A Comedy — wearing a black and white suit that'd be perfect for a glorious old-school murder mystery. The tie/bow hybrid decorating her collar steals the show for me, though, as it looks to be embellished with something just a little bit sparkly. She also topped the look off with a simple set of black heels for an added touch of subtle glam.

One thing's for sure: Rodriguez isn't here for cliches, stereotypes, or labels, and her ensemble tonight feels like the perfect embodiment of that.

Moral of the story? There is no one way to be (or look like) a woman, y'all.