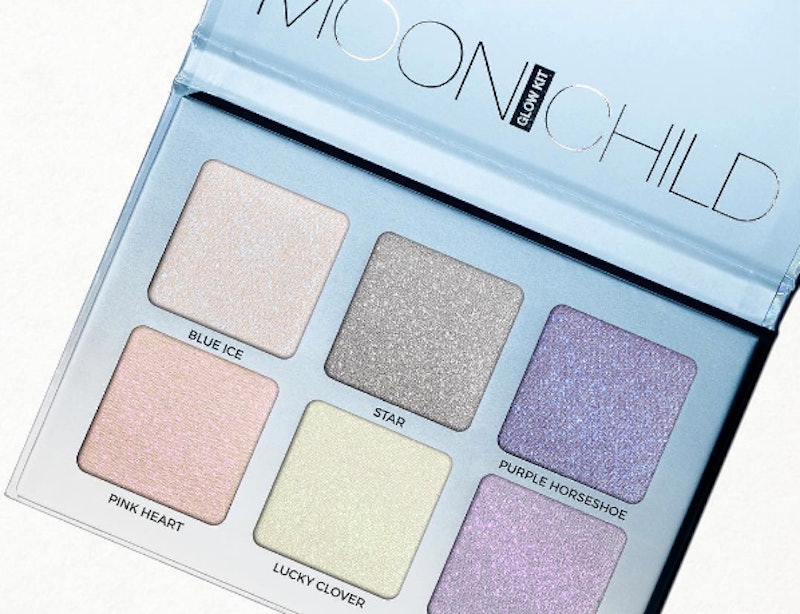 Beauty companies are constantly creating new and exciting products, but every once in awhile one comes along that makeup fans can't seem to live without. The Anastasia Beverly Hills Moonchild Glow Palette is proving to be one of those products, and a lot of fans are wondering if the unconventional colored glow set will become permanent. Although nothing's officially confirmed, but it's still an idea to be excited about. UPDATE: After reaching out to Claudia Soare, the ABH rep has confirmed that the Moonchild Glow Palette will be permanent.

When the quirky hued highlighters first launched in July, it was clear that this would be another standout ABH product. The new Moonchild Kit is the same price as the other Glow Kits, but contains six colors instead of four. Basically, it was guaranteed to be a hit from the very first release.

If you're a fan of ABH's Moonchild Glow Palette, then I have some good and bad news for you. The good news is that the set of six highlights are finally back in stock. The bad news is that there are some conflicting reports on whether this will become a permanent product. Although ABH President Claudia Soare, also know as Norvina, responded to a tweet saying that the Moonchild Glow Palette would become permanent, the company cannot confirm that it will join the virtual shelves once and for all.

A rep for Anastasia Beverly Hills tells me that the palette was back in stock, but was unable to confirm that it will be adopted as a permanent palette. Bottom line: You should probably get over there and pick up the cheek glow while you still can.

Unlike the other Glow Kits, this one hasn't hit the stores just yet. The beauty brand has made it clear that this will only be sold on the ABH website. Not a good sign to becoming permanent, if you ask me.

Keep those fingers crossed, people! Anything is possible with the power of makeup.