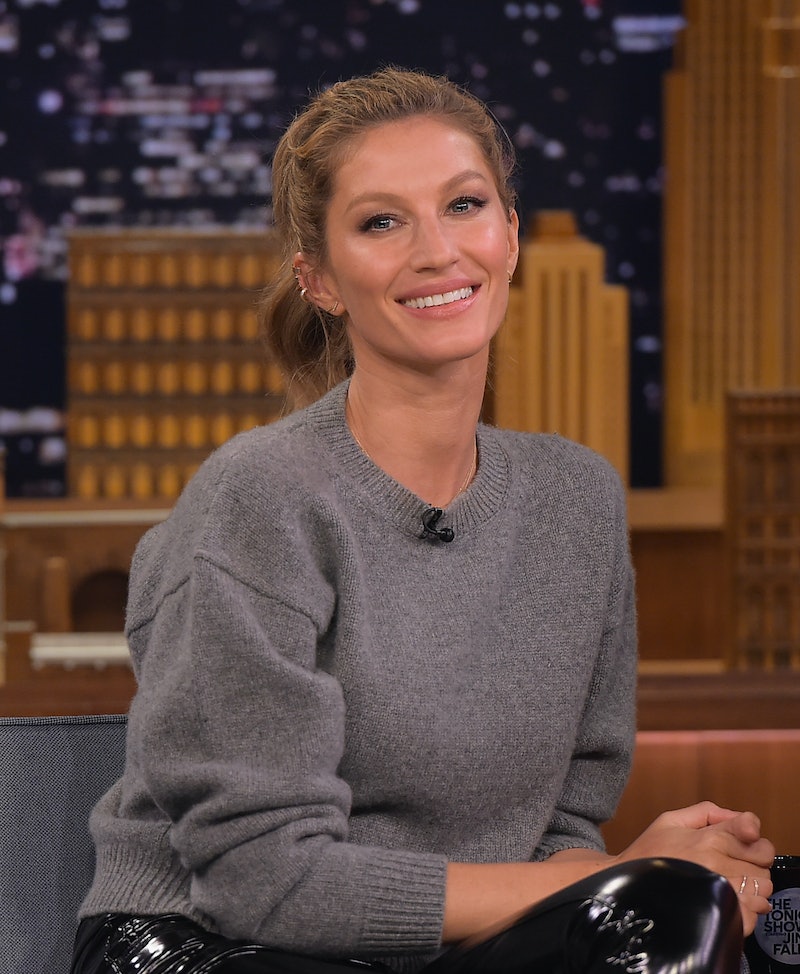 The Olympics is full of talented athletes, high-end athleisure, gold medals — and, apparently, models. According to the New York Post, Gisele Bundchen will be at the opening ceremony in Rio de Janeiro for the 2016 Games. What does a model have to do with the event, you ask? Well, the Olympics are taking place in her home country. Although she isn't from the same Brazilian state as the big event, she wasn't born far away.

While modeling isn't exactly a sport, it does make sense that Bundchen is the star of opening ceremony. Let me break it down for you. According to Biography.com, Bundchen was born in Três de Maio, which is in the Brazilian state of Rio Grande do Sul. That's about three states away from Rio de Janeiro, where the 2016 Summer Olympics are taking place. See the connection?

Every Olympic opening ceremony incorporates a different celebrity into the opening day, so it makes sense that the Brazilian-born is the star of the show. According to The Daily Mail, there will be tons of surprises at the event this year too. Apparently it involves Bundchen strutting her stuff to "Girl From Ipanema" and the theme of the evolution of people in Brazil.

Business Insider reports that she started her modeling career in Brazil in 1995, but moved to the states in 1999. Since then she's become one of the world's highest paid models and even has her own book. That's a heck of career, if you ask me.

The model has come out of retirement for the event, so I'm excited to see what part she plays in the big night.

I can't wait to see how she rocks it at the Rio Olympics!