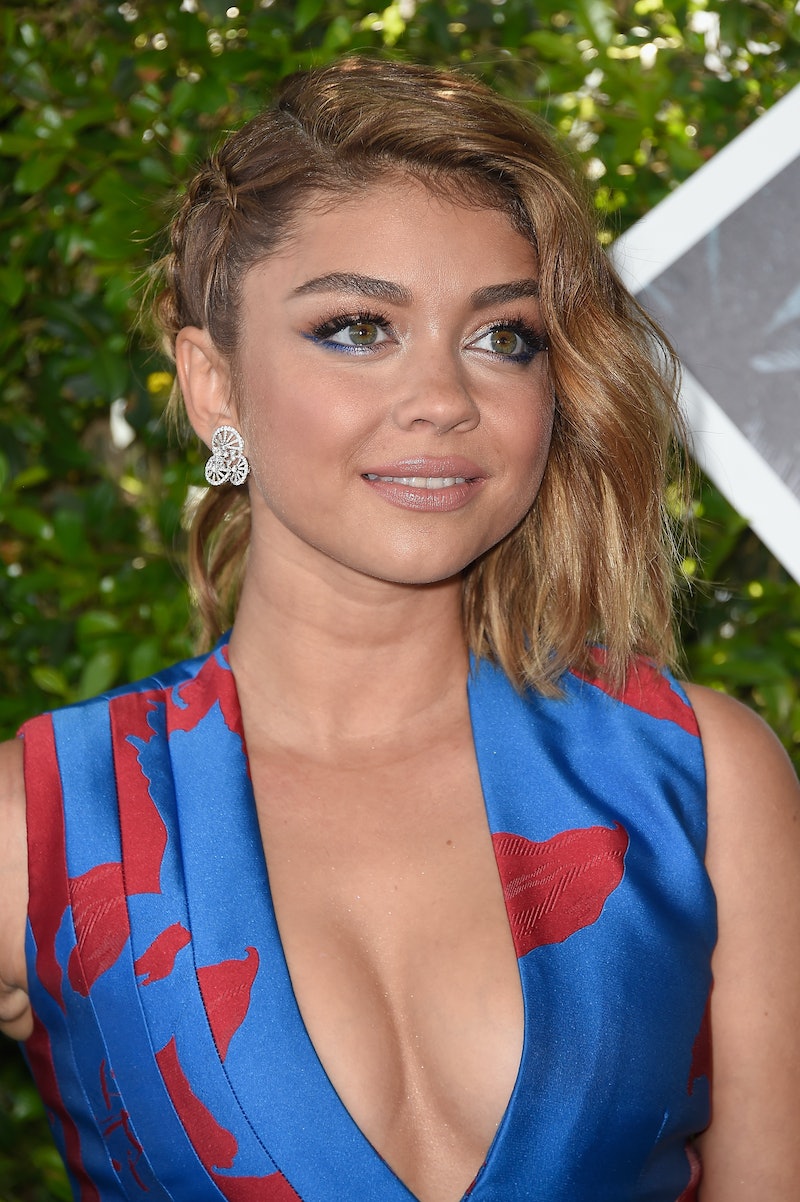 This actress is no stranger to body modifications, and each of her inkings seem to hold a special place in her heart. She recently took to Instagram to reveal a tattoo that she’s had for over a year. What does Sarah Hyland’s tattoo mean? There’s an important message behind this one, too.

According to Daily Mail, she has a hummingbird tatoo behind her ear to represent a combination of playfulness and endurance. She also has an arrow tattoo on her back, and three of her best friends got similar markings at the same time. Clearly, if Hyland puts something on her body, it's because it means something to her.

The latest tattoo she revealed reads, “follow my heartbeat” in script font. It’s quite a beautiful phrase, but it has a deep meaning, too. According to what Hyland captioned the photo, the line is part of a lyric from the song “Where Do I Go” in the musical Hair. Hyland was apart of the musical two years ago at the Hollywood Bowl, and the ink was gotten as a reminder of what the experience taught her. She finally decided to share it with the world to mark the two year anniversary since performing on stage with the rest of the “#hairtribe,” a.k.a. Kristen Bell, Amber Riley, along with others.

This ink serves as a powerful reminder to stay true to yourself.

It's definitely not the first tattoo that holds a special meaning, either.

Not only is the humming bird beautiful, it comes baring an important message for Hyland, as well.

Because some experiences are worth honoring, in a forever kind of way, you know?