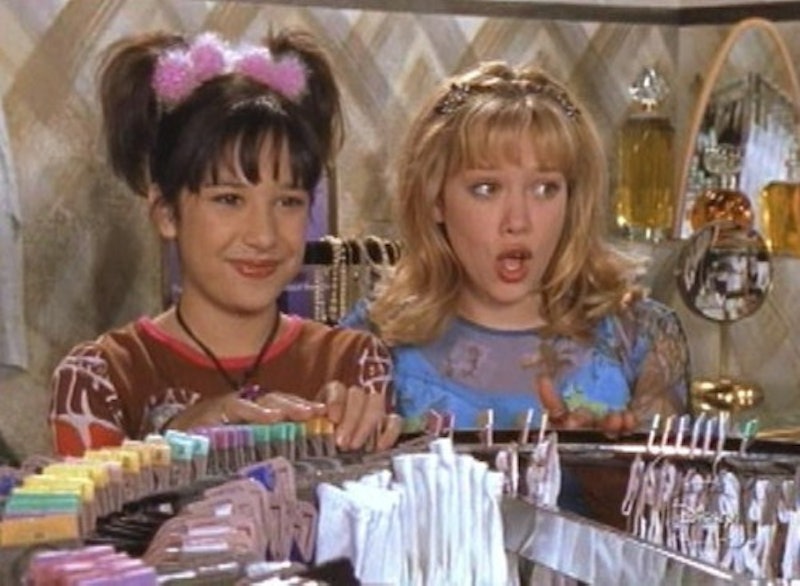 Do you remember when you first started wearing a bra? Although your relationship to brassieres may have changed over the years, chances are there are still some weird things you remember about buying your first bra. Things that you will never, ever forget.

There was something so bizarre about going bra shopping for the first time. If you were anything like me, it probably felt like there was a whole mountain of pressure crushing you, not to mention the sheer embarrassment of going on this outing with your mom or other older relative.

As you transitioned into adulthood, however, you likely found the bra shopping process easier each time — kind of like when you first bought tampons or sanitary towels. You almost died of embarrassment initially, but now you think nothing of throwing them in your shopping basket with your bread and OJ.

As an only child, buying my first bra with my mom was up there amongst all those other landmark events like prom and getting married. My mom didn’t plan on having any more children, so she knew this was going to be the only time she’d ever get to help her daughter buy her first bra.

Whether you were an only child or not, though, buying your first bra was a big deal that was equal parts exciting and embarrassing. So here are some weird things you probably remember about that experience, so we can all cringe together.

After catching your parents speaking in hushed tones, then making many references in conversation to the subject of "growing up," your mom finally sat you down and told you that you'd be going bra shopping. You felt like you'd just received a key to another realm, been knighted, or granted magical powers. It was your time to shine and you were going to enjoy every second... or so you thought.

2. You Were Secretly Relieved That You Could Finally Fit Into A Bra

If you were one of the late bloomers in your class, you were probably dying to buy your first boob-house. Considering that many of your peers had started their periods and had been wearing bras for what seemed like years, you desperately wanted your tiny ta-tas to be deemed big enough to warrant one. At the time, buying your first bra was literally all you wanted out of life.

3. Your Mom's Excitement Was Through The Roof

Your mom had the event marked on her calendar for weeks. She hadn't been that excited about anything since she discovered that you were all eating out for Thanksgiving that year, so she could drink as much wine as she pleased.

Your mom probably rang her girlfriends and discussed the upcoming event at length, raising her eyebrows and smiling whenever she caught your eye. You had no idea that buying your first bra would mean so much to her crazy self.

4. People Wanted To Tag Along

Your mom was probably trying to reassure you that everything was going to be OK, so she invited along your BFF and her own mom (or your cousin or your aunt) for a fun day out. You felt how you imagined a dog feels when its owners take it to the vet. Everyone coos around it, but the dog just knows that something's not quite right.

Although the intention of inviting your older or more well-endowed BFF/sister/cousin along was to make you feel more at ease, it actually made you feel totally babyish. You kind of wished you didn't have an audience.

You felt nauseated by the lingerie assistant's Cheshire Cat-sized beaming smiles and the vomit-inducing, throwaway comments she made to your mom — including gems like, "You must be so proud!"

She spoke to you like you'd never seen a bra before and treated you like a member of the British monarchy, when all you wanted was to get a bra that fit and be out of there as quickly as possible.

6. The Adults Brought Up Reasons For Bra Shopping That You Didn't Even Understand

There was talk of gym class, covering up nipples, and teenage boys' hormones, but you didn't care about any of that. You just wanted a bra so you didn't have to be the last girl in your friendship group without one.

7. You Had To Get Semi-Naked In Front Of Your Mom & The Lingerie Assistant

If you were body-conscious in those strange, adolescent days — weren't we all? — you likely felt mortified when you, your mom, and the lingerie assistant squeezed into a fitting room to get your breasts measured for the first time.

You likely hadn't been naked in front of your mom since elementary school and now she and a woman you had never met before were going to be sizing up your bod. You'd barely gotten used to life with boobs and your cleavage was already being judged.

This was a baptism of fire into the cruel reality of being a woman of the world, whereby your appearance is constantly commented on, whether judgement is requested or not.

8. Most Of The Bras You Tried On Were Underwired & Padded

Before this outing, you believed that you needed a bra to support your new chest lumps. However, the majority of bras you tried on either had underwire, padding, or both. This confused you, because you couldn't understand why these bras were trying to change the shape of your boobs already, even before they'd had a chance to reach their full, mature size.

9. When You Eventually Found A Bra You Liked, You Wondered If You Even Needed It

If you had a small cleavage when you went bra shopping for the first time, you probably caught sight of yourself in the dressing room mirror and felt a little silly upon seeing that there was more bra than boob.

You looked nothing like the pop stars you'd seen sporting bikinis in music videos and you wondered if you'd somehow cheated the system. There was barely anything there to fit into a bra, so what was the point of wearing one?

10. Many Of The Bras Featured Childish Patterns That You Despised

Shopping for your first bra felt like the first step into womanhood, so there was no way in hell you wanted to try on a Winnie-The-Pooh one, thank you very much mom.

11. You Couldn't Wait To Show All Your Other Friends

As you left the lingerie store with your first ever bra, you swung your shopping bag in delight, imagining the looks on your friends' faces as you showed them your new find.

Whether you loved or hated the experience, shopping for your first brassiere was definitely a moment to remember.