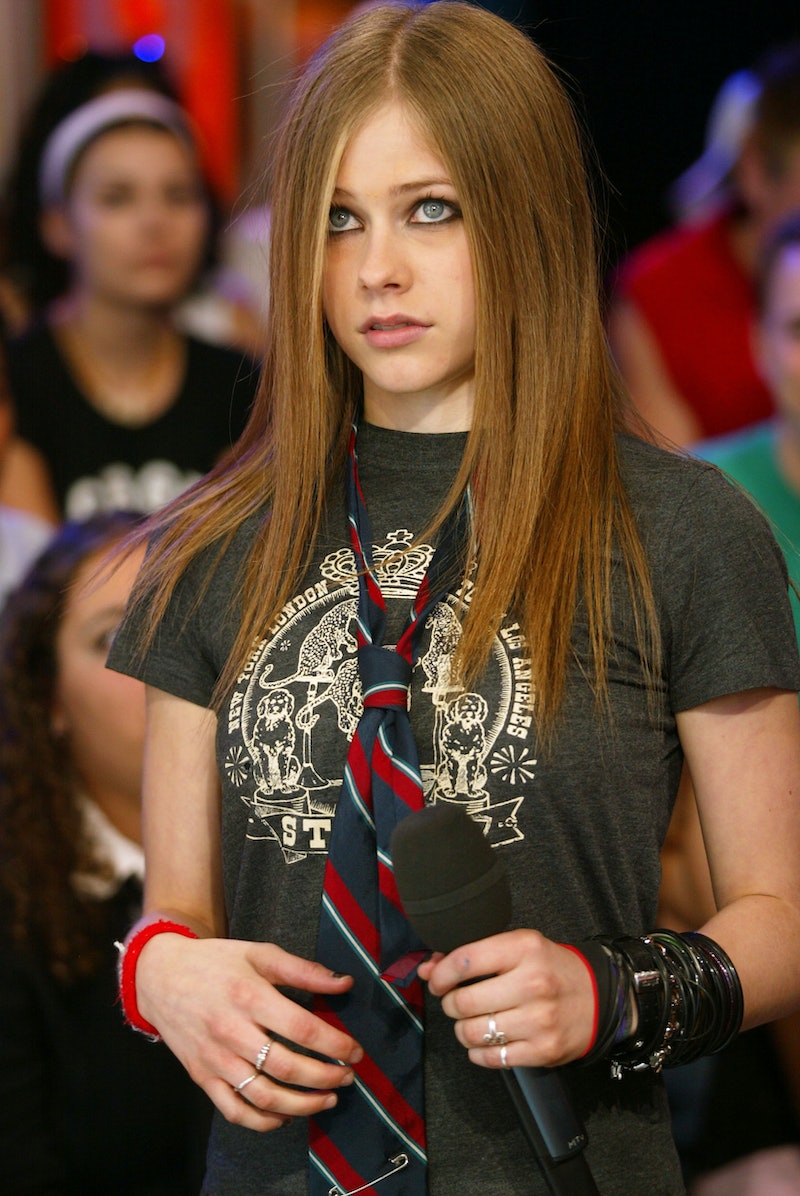 When you're a kid, rules can seem ridiculously unfair. But when you look back at a scenario with adult eyes, you can sometimes see the reason that certain mantras were put into place. However, there were a few weird rules about wearing makeup your parents had that probably still don't make much sense to this day.

If you were a goody-two shoes, it's funny to think that you blindly followed any guidelines your parents, teachers, or any authoritative establishment laid out. Ultimately, you believed that following the rules would get you far in life. For the most part, this turned out to be true. Like, it's not good to break the law, guys. But other times, it's super fun to break the rules — especially when it comes to personal style.

Little did you know that your parents may have had some ulterior motives when it came to their do's and don'ts. Sure, they gave you a strict bedtime because kids need a lot of sleep. But now, you know they likely did this so they could spend some quality, child-free time together as well.

If you asked them about it now, they may divulge the real motives behind their bizarre codes. Although you might have an inkling about their true motives today, here are some weird rules about wearing makeup you did not understand while growing up.

1. No Wearing Makeup To School

Your parents constantly reminded you that school was not a beauty pageant — although sadly, it basically was. They probably didn't want you to wear makeup to class because they were worried you'd attract attention from boys — which was something they definitely did not want, especially if you were still in middle school. Little did they know you'd been talking to your crush on MSN's messenger for months.

After Moulin Rouge! was released in the early 2000s, your parents did not want to encourage you to look anything remotely like the can-can dancers or the songstresses who performed "Lady Marmalade," so they banned bright lipstick altogether.

It made absolutely no sense that your parents wouldn't let you wear bright lipstick, but they'd let you wear tinted lip balm. It was more or less the same thing, right? Either way, you weren't complaining.

4. Black Eyeliner Was A No-No

Whether they admitted it or not, your parents may have been scare-mongered by news of the cult of emo. Seeing as heavy, black eyeliner was a telltale sign of an emo kid, they likely banned you from wearing it.

Any makeup that made you look like a Barbie-obsessed little girl who'd been in her mom's makeup bag was A-OK with your parents. They didn't wanted you to grow up. Ever.

According to your parents, too many lashings of Lancôme Juicy Tubes created a slippery slope that apparently led to you becoming a 12-year-old Paris Hilton. Little did your parents know that Ms. Hilton had a lot more to offer than she was often given credit for.

7. A "Natural" Makeup Look Was Alright

If your parents were having a good day, they may have turned a blind eye to a "natural" makeup look, even if your mom knew exactly how many products you'd applied to your face.

Nail polish made you look polished and put-together and you'd basically been wearing it since you were six, so your parents couldn't exactly stop you from doing so when you reached middle school.

However, chipped nail polish had to be removed as soon as your parents laid eyes on your phalanges. After all, it "made you look like you didn't bathe," or something ridiculous like that.

Upon leaving the house to visit your grandparents, your mom may have streaked a little blush or bronzer on the apples of your cheeks, because otherwise your granny would tell her you looked sickly and worry about what your mom was feeding you and whether you'd been getting enough time outdoors.

Brown mascara was less noticeable and more natural (unless you had jet black hair) so you could either wear it without anyone realizing, or your mom would give in to your whining and allow you to wear it.

11. When It Came To Dance Shows, You Got In Trouble For Not Wearing A Full Face Of Makeup

If you ever went to dance classes as a kid, you'll likely remember that during performances and competitions, you had to wear a full face of makeup. It completely baffled you that you were allowed to rock a ton of lipstick, blue eyeshadow, and more while performing, but IRL you weren't given permission to sport a fraction of that.

We may never know the real reasons behind our parents' weird rules regarding wearing makeup, but that's OK. At least now we can wear as much fuchsia lipstick and black eyeliner as we please.