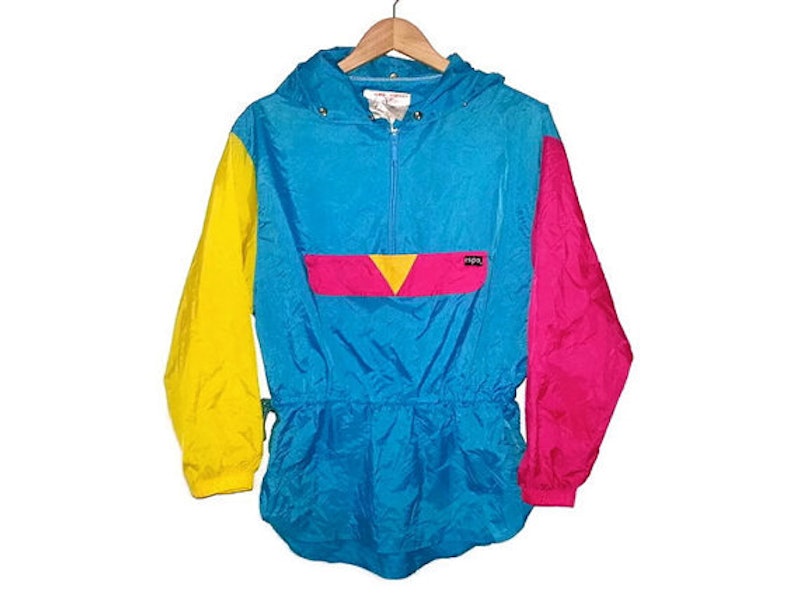 The ‘90s brought us the Spice Girls, butterfly clips, and Clarissa Explains It All. There were too many awesome things to count in this decade, including the explosion of things we wore in the ‘90s that had velcro, because it was the most fashionable fastening of the era. Of course, I must acknowledge poppers and zippers, too, as these also rose to glory back then, likely due to the athleisure trend. However, velcro was the one I really wanted to be seen in.

Like me, you too might have been one of those ‘90s kids who seriously struggled with tying shoelaces — and IMO, velcro was to blame. Why would you need to learn how to fasten laces when you could rip and stick velcro across your shoes in a flash?

The modern-day equivalent would probably be kids learning how to write with impeccably neat handwriting. Personally, I predict handwriting will become obsolete in the next century or so, due to the advances in technology.

In the ‘90s, however, velcro was everywhere. It seemed that designers sewed it onto anything and everything, in an attempt to make their products look cool and cutting-edge. Looking back, it’s kind of crazy how much stuff we wore in the ‘90s that featured velcro on it. So here’s a little peek at the kinds of velcro garments you may have worn in your childhood.

If your favorite member of the Spice Girls was Baby Spice, chances are you had a pair of these rad sandals in your shoe collection.

You had to have a pair of tear-away shorts for summer in the '90s if you were serious about having fun. How else could you whip off your shorts at lightening speed in order to belly flop down the slip 'n' slide?

Just in case it wasn't clear to the world, you had to spell it out: You were a total beach babe in your velcro-fastening sun visor.

The fanny pack — or bum bag as we Brits affectionately call it — was the staple purse of every '90s kid. Fanny packs left your hands free to catch Pokémon on your Gameboy Color, practice hairstyles on your giant decapitated Barbie head, or eat Lucky Charms straight from the box.

MC Hammer-inspired pants were basically the leggings of today: They made for the comfiest loungewear, could be used for working out, and may have been frowned upon by judgmental people if you didn't look like you were on the way to a street dance class.

If you rocked up to school wearing a velcro-wrap skirt with a pattern that looked to be influenced by Saved By The Bell, you'd automatically become the coolest girl in your class.

Girly girls of the '90s would have given up their right to wear body glitter forever in exchange for these sneakers.

A design genius spotted the niche need of kids who needed somewhere safe to store their Tamagotchi while they swung upside down from the monkey bars.

The only way your parents could coax you into wearing a full set of protective gear while you were roller skating was by getting you a set made by Lisa Frank. These were the only ones you'd be seen wearing out of the house.

If you were a fashion-loving teen in the '90s, you likely begged your parents for a garment like this insane Moschino velcro vest. Given the risk of topless-ness, you might not have been able to fully relax if you had a vest like this one, though.

The more you looked like an extra from The Fresh Prince Of Bel-Air, the cooler you were. You'd store candy in your front pouch and rest safe in the knowledge that it would still be there when you fancied a snack. Thanks to the good ol' velcro.

So if you want to bring back this fab '90s fastening and annoy everyone around you, start scouring your local thrift or vintage stores for some nostalgic velcro-embellished threads.

More like this
Netflix Reveals First Look At Wednesday In The 'Addams Family' Spinoff Series
By Bustle Editors
17 Cozy-Smelling Fall Candles For 2022
By Olivia Rose Ferreiro
How To Get Your Hands On The Pat McGrath X Supreme Nail Kit
By Justine Knight
Prefer Alcohol-Free Perfumes? Water-Based Fragrances Are On The Rise
By Audrey Noble
Get Even More From Bustle — Sign Up For The Newsletter