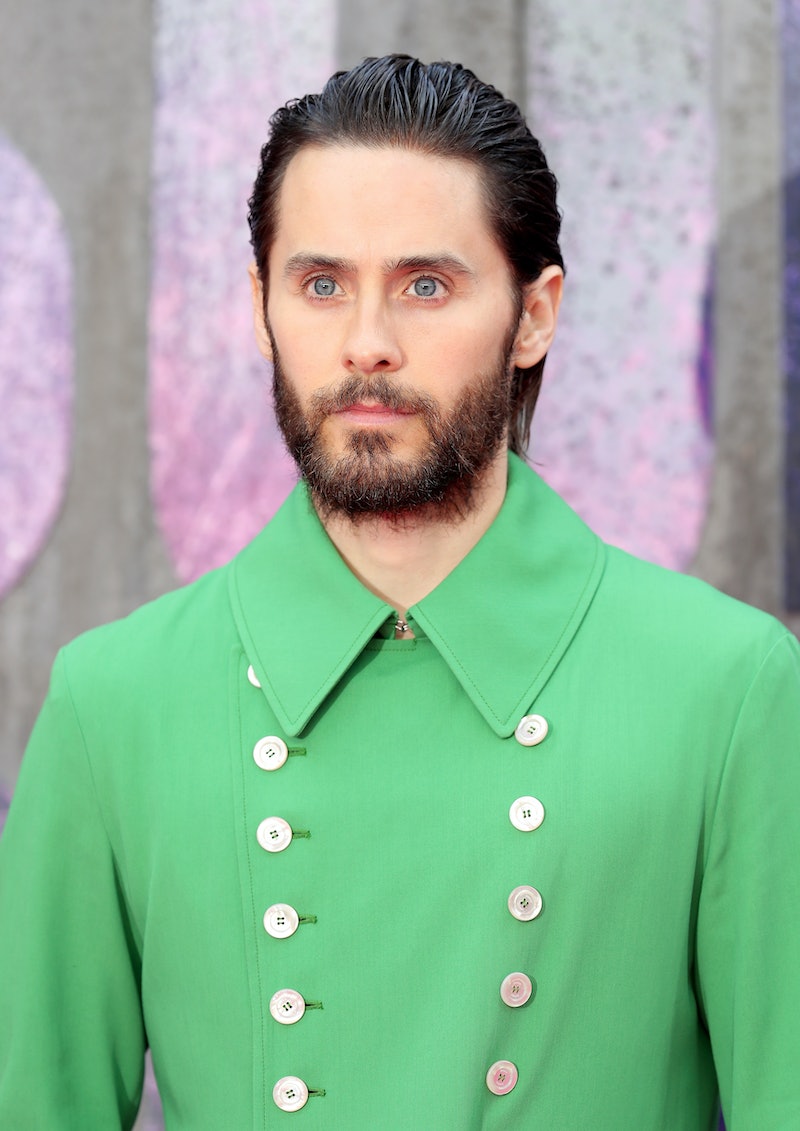 On Wednesday, the Internet freaked out about Jared Leto's green Gucci jacket that circulated around. The story was this: Jared Leto wore a green Gucci jacket to the premiere of Suicide Squad in London. But it wasn't just the bold fashion choice that got people talking. The Internet, being the weirdly wonderful, creepy place that it is, found one very interesting photo of the very first time Leto laid eyes on the jacket.

Last month, during Men's Fashion Week in July, Leto attended a Gucci show, as fashionistas do. In the photo, Leto is making a shocked, open-mouthed face sitting front row at the show, where a model is walking down the runway wearing the same Gucci jacket Leto wore at the premiere. A result? The Internet totally freaking out about the first time Leto saw the jacket and fell in love.

It was legendary. Leto, who we usually see on the red carpet and events with a pretty neutral, expressionless face, was making a face we all make when we see something exciting or we love. And for a moment, we all felt like we were Leto.

But just as quickly as the Internet made the hilarious connection, it was proven faulty. Jared Leto told Vanity Fair on Thursday that he was actually making that face to someone across the runway. Major bummer!

We can still revel in the photo, though. Regardless of context, it's pretty amazing. And, Leto at the premiere looked pretty damn fine.

I mean, check out those pink pants and Gucci loafers!

But this isn't the first time that Leto has turned heads on the red carpet (and IRL) with his style. He sure isn't afraid to to take risks, and though his fits don't always land with me, I can appreciate hims out-there looks. Let's take a drip down memory lane.

He is really loving this long outerwear thing.

I'm 100 percent into this walking cane, though.

Look at that piping!

Have we talked about this hair yet?

This all-white outfit is definitely lewk.

It's hard to say which one of Leto's looks is my favorite — they're all wacky in their own way. But I must say, this is my favorite urban legend of his. I'm going to frame that photo of him and write "goals" under it. Find you a partner that looks at that jacket (or, person on the runway) the way Jared Leto does.