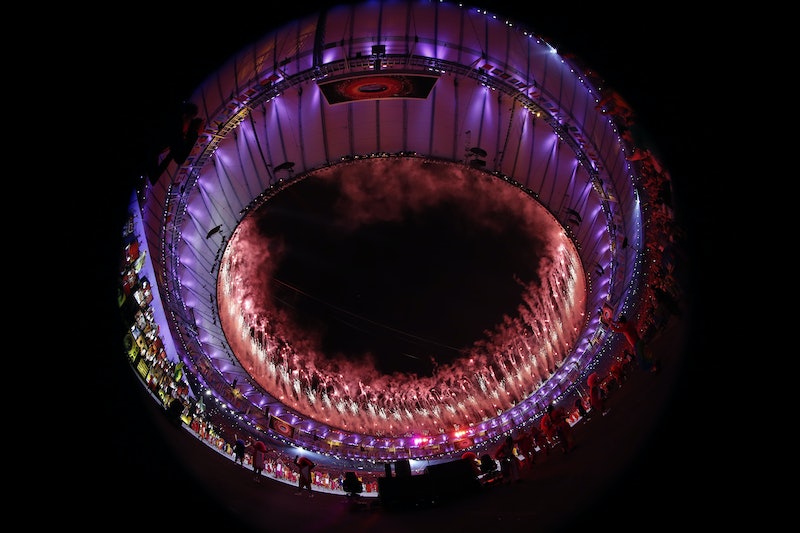 The 2016 Summer Olympic Opening Ceremony is underway, and the memes coming out of social media are killing it. These memes about the Olympics opening ceremony uniforms are too hilarious to miss. From comparisons to other outfit to wildly inappropriate jokes, Twitter is having a serious field day with the Olympian's attire.

Sure, some of the uniforms are more run of the mill. Team USA and Team Great Britain both have very preppy, patriotic, and chic looks while others countries have more colorful, unique Olympic uniforms. However, no matter what your uniform looked like, it didn't seem to stop people from making memes about them, and let's just say people got creative not only with specific countries' uniforms but also with the idea of a uniform in general.

Rio has been covered in a bit of controversy since the announcement that the 2016 Summer Olympics would be held there. the controversy has definitely contributed to some savage memes out there, and the pop culture references to the Olympics uniforms are equally as bad — or good, depending on how you want to view things.

So what has Twitter been up to since the start of the Parade of Nations? The social media site has been busy.

1. The Savagery At Its Finest

We laugh, and we're all embarrassed about how terrible we all are.

Pizza or sushi, it's all accurate.

Gold medalist for sure.

I mean, Molly Ringwald is my inspo.

More like this
Jack Grealish’s Reaction To England’s New Kit Is The Most British Thing You’ll See Today
By Darshita Goyal
Why TikTok Is Flooded With Controversial Videos About "Pick Me Girls"
By Courtney Young
This TikTok Song About An Unrequited Romance Has FYPs In Shambles
By Emma Carey
On TikTok, "Cbat" Has Been Named The Worst Sex Song Ever
By Lexi Inks
Get Even More From Bustle — Sign Up For The Newsletter