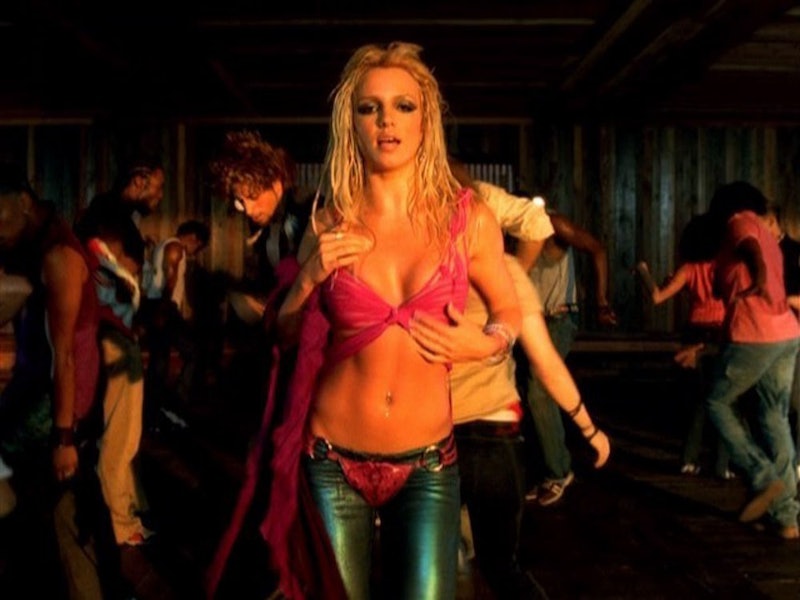 The '90s were the Golden Age of fashion and pop culture, but there's something about the early 2000s that I just can't seem to let go of. Thinking back, I cringe, but also crave a time when Razr cellphones, velour sweatsuits, and underwear we wanted in the early 2000s were our biggest concerns. Gone were the days of landlines, and here to stay were cellphones where we could text all day long and bask in the life of an angsty teen.

In the early 2000s, I had my style icons. It was the peak of Laguna Beach and eventually The Hills. Summer and Marissa Cooper gave me all the style inspo I needed on The O.C. Watching One Tree Hill, Brooke was the best dressed on my list. Let's not even get into Paris Hilton, whose trucker hats, white tank tops, big belts, and sky-high heels I envied.

But what was cooler than all the tube tops, mini skirts, and matching sweatsuits? Underwear. As soon as I saw Manny on Degrassi walking around school wearing a thong showing from her low rise jeans, I wanted to copy her. I mean, what was cooler and more provocative than lingerie? From then on, I tried so hard to get away with trends my mom deemed too inappropriate for a young teenager. With older sisters doing the same, I thought it was beyond unfair that I wasn't allowed to dress like them.

Whether it was thongs, bras, or sleep dresses, these are the weirdest types of underwear we all wanted in the 2000s.

Seriously, this was a major moment.

Nicole Richie's shirt was everything. The more lingerie-esque, the better.

These jeweled bras were all the rage.

G-strings were so cool back in the day, and when I got my very first baby pink one, I hid it in the bottom of my drawer where my mom wouldn't find it.

Literally, why was this so cool? Add a belt, and you've got the best look ever. I may have been a young teen, but this was one weird 2000s underwear thing I wanted so bad.

In the '90s and early 2000s, Gwen was the queen of styling a bikini as a bra slash shirt. I needed all of her bikini tops and mesh crops.

As shorts, as a top, or under a skirt, fishnets were so, so cool. I definitely wasn't allowed to wear them, but I always wanted to.

So much yes to Beyonce's top in this. This was a "top," but according to my parents? Yeah, that's underwear.

This scene was iconic. Even more iconic? Those hilarious bries I spent months looking for.

This was maybe even cooler than Manny and her exposed thong.

The early 2000s were such a confusing time in fashion for all of us. We were wearing underwear over our outerwear, corsets as tops, and pairing huge belts with nearly everything. But hey—we had fun doing it! I'll never forget how cool I felt wearing these trends, even when I had to hide them from my parents. Early 2000s, I'll always think of you with a half smile and half cringe on my face.