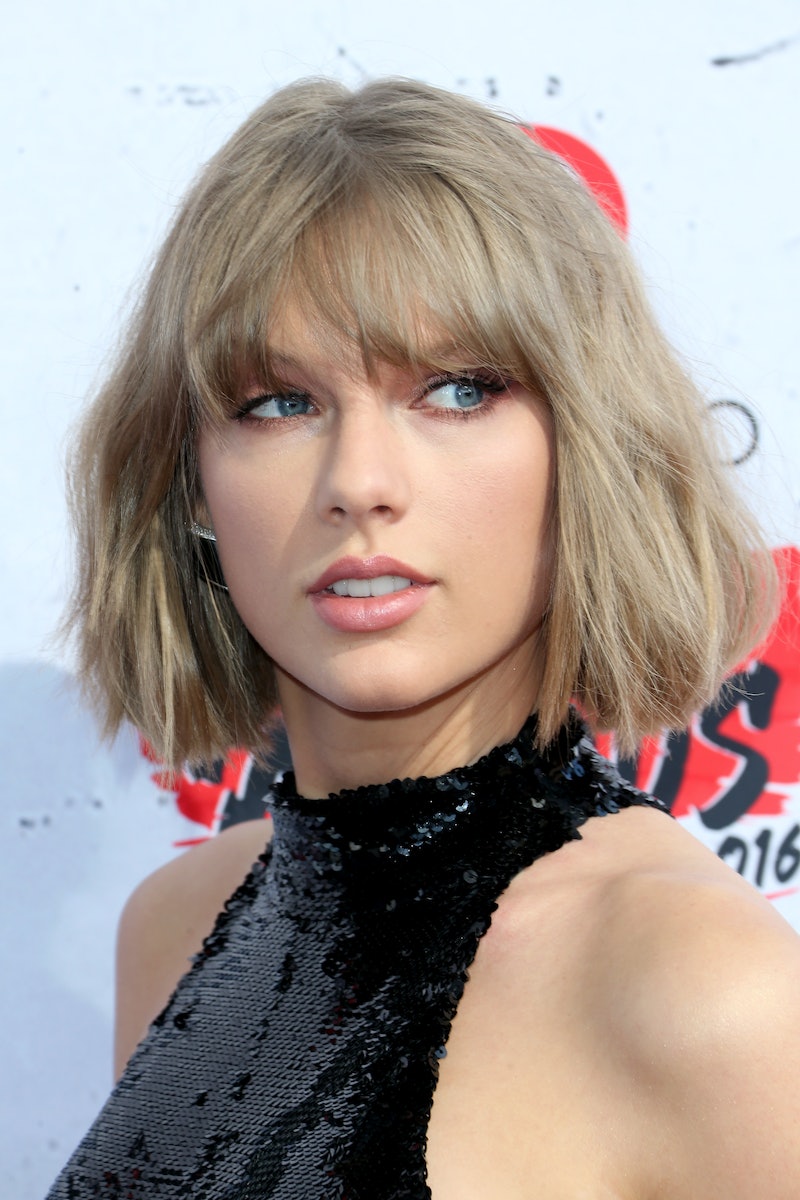 I don’t know about you, but I’m feeling this gal’s throwback ‘do. It may have been a while since her curls were in the spotlight, but this look could never go out of style, if you know what I mean. And of course you do! Taylor Swift wore her hair curly again for the first time in a long time, and it definitely has me missing the good old days in terms of T. Swift’s ringlets.

After she first burst onto the music scene back in 2006 with her hit song "Tim McGraw," she quickly became known for wearing her hair long and curly. But, since then, she’s been bleach blonde, has gotten bangs and honestly, kept her hair mostly straight. She never did anything too drastic with her locks, especially in terms of color. Why would she ever move too far away from her classic style when it works so well for her, you know? But, this is definitely the closest she’s been to her roots, especially in 2016.

She was seen sporting her short hair, but rather than having it sleek and straight, she must have decided to let it air dry. Because those curls were definitely on display. See how Swift’s gone back to her original hairdo along with the different looks she’s had along the way.

Just look at those tresses. Don't they just make you all sorts of nostalgic?

She's worn them on more than one occasion, too. So, these curls could be here to stay for a while. I sure hope they are, at least.

Everyone remembers these curls. How could we forget them?

She was notorious for a side part and long curled strands.

Whether her hair was pulled up or left down, they were always there.

Sometimes the corkscrews were super tight.

Other times they were a little more loose.

But, regardless, those ringlets were always there.

Then, at the AMAs in 2010 Swift showcased a slightly different 'do.

Her locks even got a little shorter.

She'd sometimes mix in loose curls with her straight across bangs.

But she also started to get really good at the sleek ponytail.

Once her hair got much shorter, we still saw those curls from time to time.

There were even some loose waves in there.

As much as I missed the curls, it was hard to deny that this whole blunt cut thing worked really well for her.

And I still loved her as a bleach blonde.

No matter what type of hairstyle she decides to wear, I could never stay mad about it for too long. And as long as the curls are out, I'm just as happy being a T. Swift fan as I ever was.