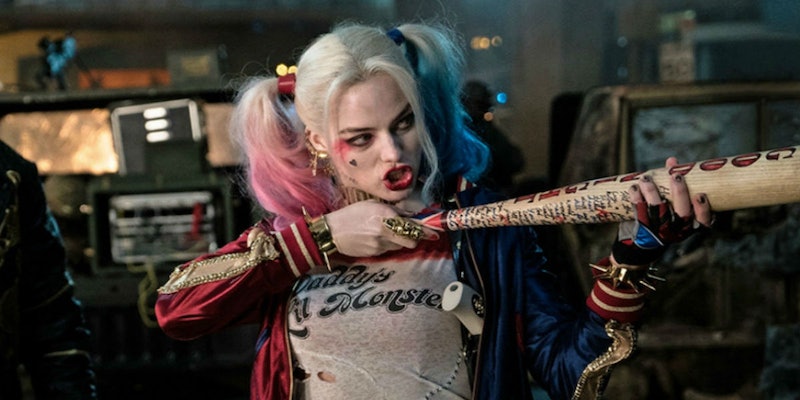 Female superheroes often get a bad rep. They can come across as over-sexualized, reduced to just their looks by scriptwriters and directors, or given less minutes of screen time compared to their male co-stars. But, despite all of this, many onscreen female superheroes have badass style and matching attitudes that many of us can seek inspiration from.

There’s no denying that, at the worst of times, female superheroes can seem like a ticked diversity-quota-box and some cinematic eye candy. Equally, there’s no denying that we need more from our onscreen heroines than a socially "perfect" body and a couple of one liners. But regardless, many superhero heroines make up some of cinema’s most memorable — and inspiring — characters (sartorially and otherwise).

From women-scorned such as Jessica Jones to Wonder Woman and her ability to fight evil in heeled gladiator sandals, many women (myself included) find characters that they can relate to amongst the sea of male-oriented flicks despite all the flaws within arguably patriarchal cinema. Yes, they may be harder to find than in-your-face Batman or three-quarters of The Avengers (especially when Scarlett Johansson is still repeatedly only asked sexist questions when interviewed), but they exist. Below are 11 of the most inspiring and stylish among them.

The recent release of Suicide Squad may have been panned by many critics, but Margot Robbie's Harley Quinn has a killer wardrobe. From slogan tees to sequin booty shorts and ombré pastel hair, Quinn's look is surprisingly wearable for us un-super humans, unlike many aesthetics from her contemporaries.

Breaking the mold of skintight catsuits and sexualized costumes, Jessica Jones (portrayed by Krysten Ritter) chooses not to suit up when saving the world. Instead, she matches her enviable resting bitch face with a badass all-black uniform.

Now that fetish-wear is having an increasing influence on the fashion industry, Michelle Pfeiffer's take on Catwoman doesn't seem too far flung in terms of wearability (minus the cat mask, of course).

Where can I buy a red wig ASAP?

While Mystique's true blue form can teach us a lot about self-acceptance and confidence, this '70s shaggy coat completely slayed when Jennifer Lawrence's character posed as human in the most recent X-Men film.

Another inspiring X-Men babe, Rogue (portrayed by Anna Paquin) may have to cover up with gloves for fear of killing anyone she touches, but have you ever seen a hair dye job more reminiscent of the early '00s?

Alicia Silverstone is arguably best-known for her iconic role as Cher in Clueless, but the once-Batgirl certainly knows how to rock a bullet bra, too.

Bleached hair has never looked as natural as it did on X-Men's Storm, played by Halle Berry.

Currently, we've only been blessed with a trailer and couple of teasers for the upcoming (female directed) 2017 cinematic outing for Wonder Woman, but they haven't disappointed. Rocking metallic headwear and gladiator wedges (I can only applaud Wonder Woman for being able to save the world in three-inch heels). I personally can't wait for her full wardrobe to be revealed.

Jessica Alba being cast as The Invisible Woman in the 2005 version of The Fantastic Four was far from well received — many believe she was only cast in the movie as eye candy. But over 10 years since its release, why should we choose between beauty and badassery? The Invisible Woman certainly had both.

While superhero films continue to boom in popularity and at the box office, I hope the diversity and depth of the genre's female protagonists continue to expand and improve. But for now, I'll keep drawing inspo from the fearless women — and their wicked styles — we do have to celebrate.

More like this
How To Shop Your Favourite Celebrities’ Closets On Depop
By Darshita Goyal
The 50 Most Powerful Characters In The Marvel Universe, Ranked
By Johnny Brayson and Nola Pfau
Lin-Manuel Miranda & Tituss Burgess React To 'Little Mermaid' Casting Backlash
By Radhika Menon
Lego Just Announced Its 'Black Panther' Set Release Date
By Maxine Harrison
Get Even More From Bustle — Sign Up For The Newsletter