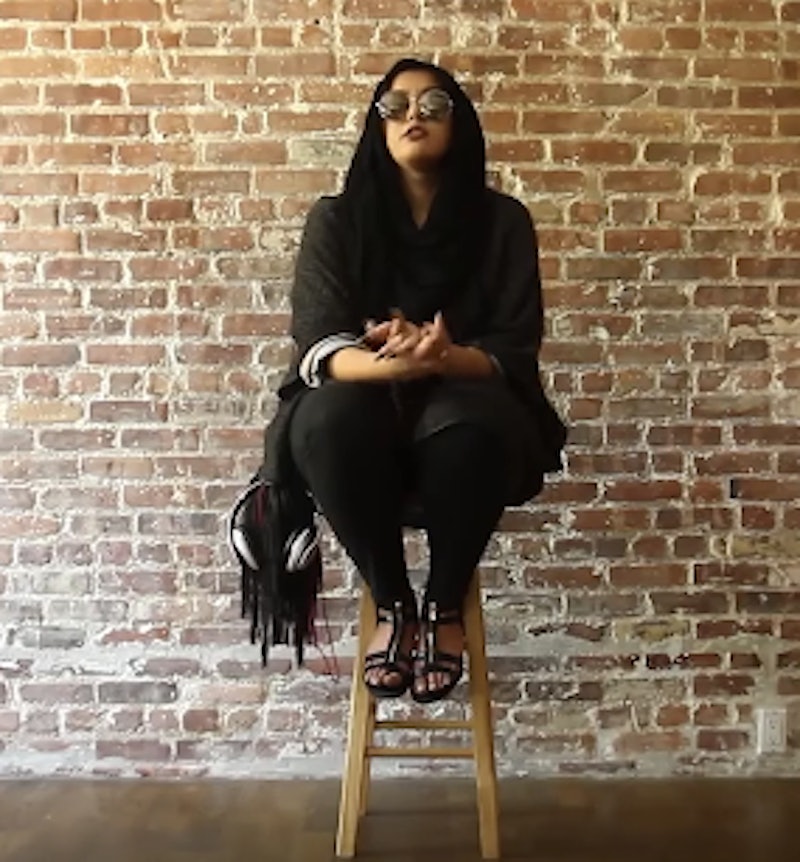 Muslim Girl founder Amani Al-Khatahtbeh is a powerhouse. The millennial media superstar joined StyleLikeU for their video series What's Underneath, giving a compelling account of what it means to be a Muslim woman in America. StyleLikeU's What's Underneath features Amani Al-Khatahtbeh who is fighting stereotypes about Muslim women. What's Underneath aims to reveal style as not an outward expression of self but as inner truths shown through the body and on the body. In the video, Muslim Girl founder Al-Khatahtbeh discusses the ways her identity as a Muslim woman has allowed her greater self-expression and how she continues to fight stereotypes of Muslim women, counter the rampant Islamophobia in our society, and be open about her personal experiences of being Muslim in American.

In the What's Underneath series, participants slowly remove pieces of their clothing as they discuss the way their respective styles are integral to who they are and act as representation of themselves. During the video, Al-Khatahtbeh begins the video by removing her headphones and speaking about one of the most misunderstood and misrepresented articles of clothing: the headscarf. For many outside the culture and religion of Islam, the headscarf is seen as oppressive, but for Al-Khatahtbeh, it's an emotional, meaningful portion of her style, a portion that allows her to embrace counter Islamophobia. She says:

I think that my headscarf absolutely contributes to my self expression and I think that it not only contributes to my outward expression but also my internal my spiritual expression as well and I think it's been an extension of that ongoing internal dialogue that I've had about what modesty needs and how that relates to the way that I choose to dress myself or the way that I choose to express myself to the outside world.

Explaining the significance of her headscarf, however, is only the very beginning of the powerful statements the Muslim Girl founder beautifully gives viewers. Al-Khatahtbeh's unique perspective speaks to a myriad of issues facing Muslim women today and educates audiences on the difficulties of being Muslim in America during a time in which Islamophobia runs rampant. When asked what assumptions are made about her due to her headscarf, Al-Khatahtbeh says, "That I'm voiceless, that someone in my family must have forced me to put this on. There's no way I could have wanted to on my own...I think people are shocked when they see that defiance."

Amani Al-Khatahtbeh's What's Underneath video offers a perspective that should be showcased more often, an opportunity for Muslim's women's voices to be heard loudly and unapologetically. With stereotypes of silence, docility, and meekness, seeing voices like Al-Khatahtbeh is not just inspiring but necessary to counter the unfounded, unjust, and incorrect assumptions made about Muslim women each day.

More like this
The 12 Best Strapless Bras That Won’t Slip & Fall Down
By Audrey Williams and BDG Commerce
Androgynous Formal Wear That Will Make You Feel *So* Fancy
By Megan Lasher
15% Pledge Director LaToya Williams-Belfort On The Impact Of Supporting Black Business
By Dominique Norman
Help! I'm Not Getting Any Attention On Dating Apps. What Can I Do?
By Sophia Benoit
Get Even More From Bustle — Sign Up For The Newsletter