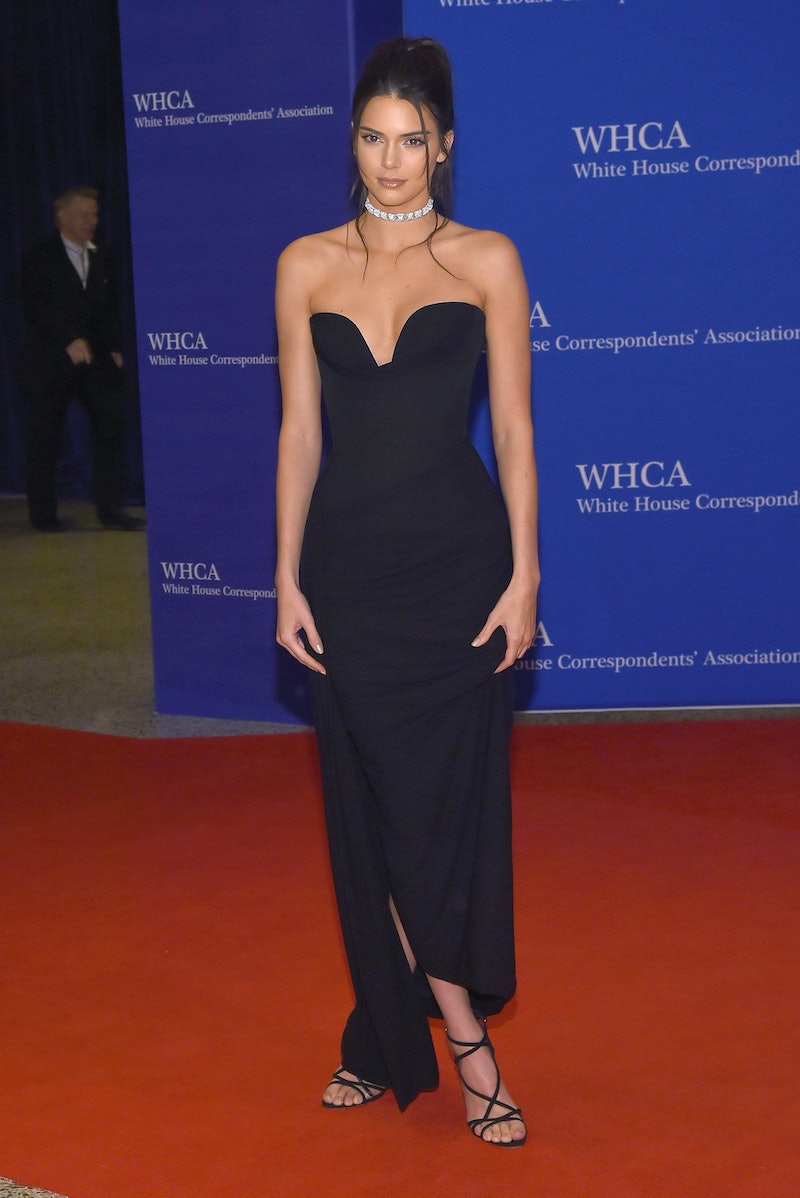 As of late, '90s fashion and beauty are experiencing a serious resurgence. With all of the flannel, berry lips, and mom jeans receiving fanfare, we're left to wonder whether it's really 2016 or whether we somehow traveled back to 1996. It's '90s hairstyles, however, that are bigger and better than ever.

If you were hoping that messy beehives full of butterfly clips and crimps were making their way into the contemporary limelight, I hate to break the following news: We're just not there yet. That said, I totally support full-on '90s hair covered in embellishments and spiked with all of the hair gel money can buy.

We have to remember that all '90s hair wasn't created equally, though. As great as some styles were, there were a few '90s hair trends that most of us regret, without a doubt.

Since every 'do couldn't make the cut, let's take a moment of silence for all of the '90s beauty trends that aren't a thing anymore. As for the all-too-familiar hairstyles we're seeing down runways and red carpets today, it's only right that we enjoy every little strand. Here are a few of the looks that are making every Millennial super nostalgic.

What I love about '90s hair the most is how fun and creative we got with our tresses. It's not really surprising that accent braids are back in style. TBH, I don't think they ever truly went away.

Accent braids are the perfect addition to any 'do when you need to spice up a plain pony, loose waves, or bone-straight locks.

Anyone who remembers the cult classic My So-Called Life can likely recall that accent braids were Rayanne Graff's jam. She had every angsty '90s teen weaving dozens of tiny braids all throughout their hair.

Today's celebs might just be turning to the rebellious Rayanne for hair-spiration. Accent braids have been spotted on the likes of Emma Roberts and Mary-Kate Olsen in recent months.

"Big hair, don't care" was basically the motto of the '90s. Whether you had the highest srunchied ponytail or spikes galore, it was all about big hair that stood out.

No look was as voluminous and stunning as the blown-out hair made popular by Cindy Crawford, though. Anything the model did back then was pure gold. Along with '90s it-girls like Tiffani Amber Thiessen and Danielle Fishel, Crawford made blown-out hair sexier than ever before.

A blow-out is just as classic today as it was 20 years ago. Compared to the '90s, celebs are keeping their strands a little sleeker when rocking blown-out styles. Nevertheless, all voluminous blow-outs are sizzling hot.

Although she wasn't the only one to do it, let's hail Gwen Stefani, the undisputed champ of pink hair during the '90s. The pop star did it all: Highlighter pink, pastel pink, and even mixes of pink and blonde. But we can't give her all of the credit. Even Drew Barrymore had a stint with a pastel 'do.

Pink hair is back and bigger than ever. These days, Katy Perry, Rita Ora, and a host of other celebs have been taking the hue out for a spin. And for those who aren't as dedicated to the movement as Gwen Stefani was, pink wigs are the way to go. Just look at Nicki Minaj and Kylie Jenner.

Real or faux, pink hair has made a comeback, and I don't see it going away anytime soon.

If you never gave yourself tendrils in the '90s, did you ever truly live? I have to admit that I went through a phase in middle school during which I thought my hair was "totally unacceptable" without them.

Tendrils never discriminated. We saw them framing the faces of top models like Kate Moss, pop princesses like Baby Spice, and television icons like Jennifer Aniston. If they were good enough for the greatest celebs of the decade, they were certainly worthy of our precious locks.

A year or two ago, I may have been embarrassed to say I still rock a pair of tendrils every now and again. But when you have the Kendall Jenner's of the world reintroducing them to the public, you tend to feel less ashamed. The model's love of tendrils has been going strong since 2015, becoming something of a signature for her.

Leave it to Gwen Stefani and Sabrina Spellman to be responsible for yet another major '90s hair trend. They singlehandedly made mini buns a thing back in the day. It wasn't unusual to spot a Millennial following in their footsteps by rocking a dozen of them through their own hair. Actors like Reese Witherspoon and Sarah Michelle Gellar could also be caught keeping the trend alive.

Mini buns have had a revival, although the look has been toned down some. Many celebs have't been daring enough to try several buns at a time, á la Gwen Stefani, but the double mini buns trend is in full effect.

Miley Cyrus arguably brought them back, putting a spin on the '90s trend Stefani and Spellman themselves made so big.

We were always thinking of ways to take our manes to the next level 20 years ago. Whether it was hair mascara or butterfly clips, most of us were obsessed with loading our locks with embellishments and color.

Hair flowers were a thing, and for good reason. They were such a beautiful addition to any hairstyle. A younger Barrymore was never one to shy away from a mane bursting with flowers.

The trend has returned in the form of flower crowns and headbands. Can you even imagine a summer festival without these? Floral accessories have gotten so big that one of the most popular Snapchat filters instantly jazzes up your locks with a crown full of daises and carnations.

Ahh, the famous flipped-over tresses of the '90s. IMO, you could never go wrong with glamorous, Old Hollywood waves and a deep side part. We can thank Drew Barrymore, Cindy Crawford, and Cher Horowitz for showing us how to flip our locks to perfection. There was always something so effortless and seductive about this 'do.

With a style as classic as this, it's no wonder that flip-over hair is still popular amongst A-listers. The number of flipped waves at the 2014 Movie Awards alone was astounding. But like so many great hairstyles, we can thank the '90s.

With all of the '90s trends that are long gone, it's nice to see that we're still holding onto a few of them. Next, I vote that we bring the side-swooping bangs that covered our eyes and the Lauren Conrad middle humps of the early 2000s back for a spin.