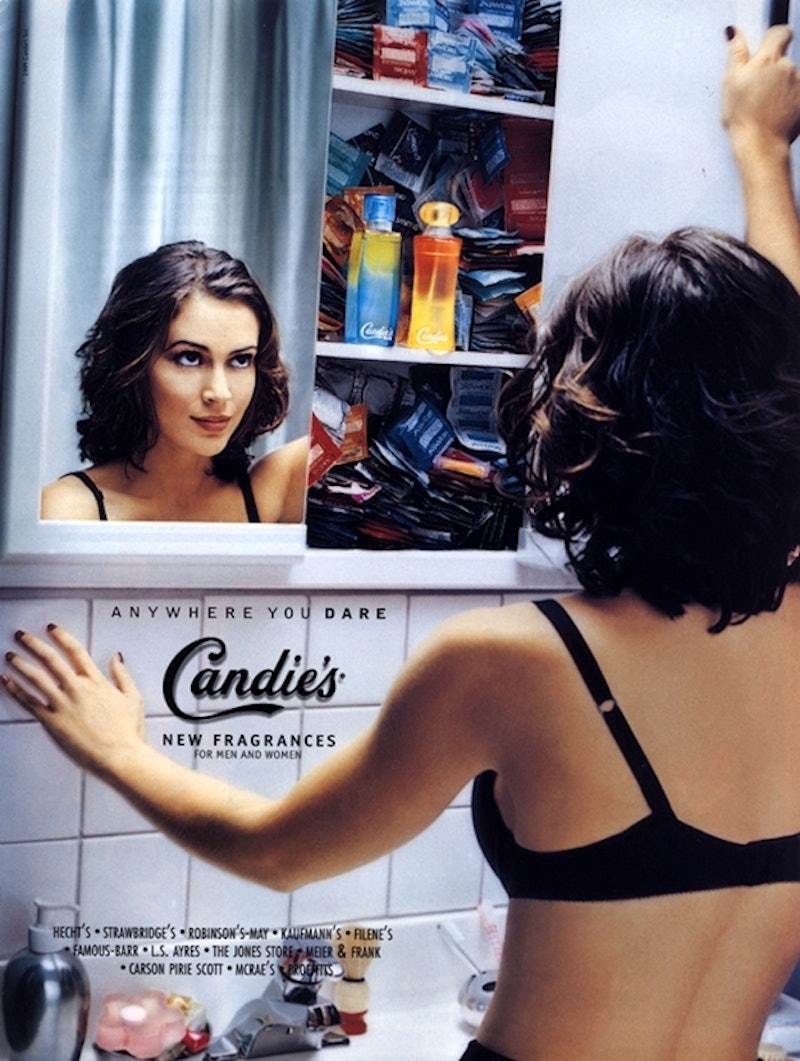 When you catch a whiff of a popular 1990s fragrance, it probably takes you right back to the days of secretly dousing yourself in your older sister’s favorite perfume. However, there were some honestly weird scents we wore in the ‘90s that you might not recall with such fondness.

Depending on your age in the ‘90s, you likely felt super mature when you spritzed yourself with a scent, even though you might not have known the difference between a body spray and a perfume. I hold my hands up unashamedly to admit that I wore body spray on my underarms for ages before an older girl at dance class told me I was doing it wrong and that, in fact, deodorant was for your pits. I was mortified.

If you were anything like me, you may have raided your mom’s vanity to get your mitts on the “grown up” stuff: Perfume you thought made you really cool. In reality, your peers could smell your horrifically musky bod from across the classroom.

After experimenting with scents, you likely stumbled across all of the ‘90s fragrances that were aimed at teen girls as well. Once you discovered this olfactory goldmine, you probably spent the rest of the decade walking around in a scented cloud that, in retrospect, wasn’t concocted from sugar, spice, and everything nice.

So here are some honestly weird scents we wore in the ‘90s that you may still have a soft spot for after all these years.

I wonder what the creators of this fragrance were thinking when they dreamed up Demeter Dirt? Smelling like soil wasn't really high on my adolescent to-do list, but perhaps it was the aim for some '90s grunge girls.

Although the adverts for Candie's fragrances were certainly promoting safe sex — I doubt they could have fit more condoms into that bathroom cupboard if they had tried — the "For Her" scent didn't really make us smell like the sultry sex kittens we were aiming for. Instead, we kind of just gave off sickly sweet baby vibes.

Who would have thought that a scent smelling of a fruit salad would have been such a hit with the hip young things of the '90s?

This entire scent baffled me. It was a designer fragrance housed in what appeared to be a drugstore bottle and the scent was way too overpowering for my nostrils.

In the '90s, you may have been a little confused as to why you didn't immediately transform into your favorite Spice Girl after using this special-edition Impulse body spray.

Although you may have been addicted to the vanilla and floral notes of Love's Baby Soft, you might have been oblivious to the seriously weird messages that the perfume's controversial adverts contained. They were likely released before your time.

A fragrance named "Fragile" that features a tiny woman trapped inside a snow globe-style bottle is totally normal, right?

Although Malibu Musk was released in 1989, it likely held its popularity due to the packaging that made a huge nod to Saved By The Bell's graphics in the credits. I imagine many young women felt like Kelly Kapowski while wearing this stuff.

You can tell that this deodorant was from the era of My Little Pony, Polly Pocket, and Barbie, what with its "Cute & Girlie" pink packaging. However, with the name "Pink Crush" and a label covered in hearts and kisses, it kind of alluded to the notion that its target audience (young women) should all be feminine-presenting individuals whose sole point of existence was to chase their crush.

If society keeps progressing, we can only hope that in 20 years time, we'll look back at the most popular scents of today and raise a slightly concerned eyebrow, too.