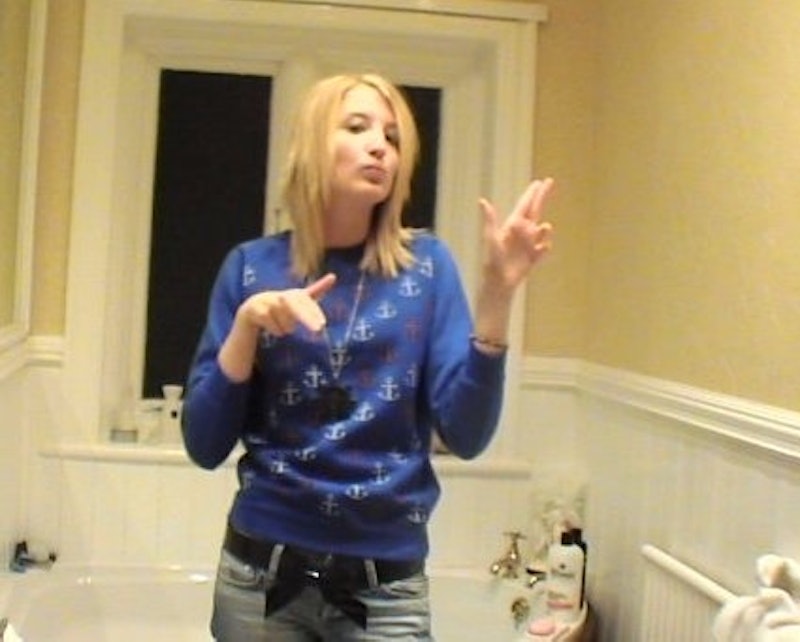 Chances are you did some wacky things in your youth that you’d rather forget about. Many of my most cringe-worthy memories surround the crazy things I used to do to make my hair straight, among countless other bizarre fashion and beauty experiments I attempted. Adolescence is supposed to be about the struggle to make good decisions and control impulsive behavior, right? It would follow that it was also the best time to try out potentially risky fads. At least it was for me.

Depending on your age, you may have been coming up to puberty during the late ‘90s and early ‘00s, or perhaps you were a fully-fledged teen. Back then, from my experiences, straight hair was the style of choice that transcended most subcultures. Wannabe pop stars were inspired by the likes of Posh Spice, while emo kids of the early millennium wore their hair so straight that it looked like it might snap in half.

Of course, you might've had a totally different experience growing up. But as for me, straightening irons were a staple in my life — garnering use multiple times a day. Occasionally, however, I took things to the next level in order to keep my locks poker straight.

So here are some of the crazy things I used to do to make my mane sleek. Whether the methods worked or not is an entirely different story.

Heat protection was for wimps whose hair was never quite poker straight. If you wanted the straightest mane in the land, you didn't bother with it at all. If only I knew the harsh, damaging reality.

2. Crank Up The Temperature To The Highest Setting

In addition to not using heat protection for every sitting, I'd always have the temperature of my hair irons cranked up to the highest possible setting. It's a wonder I had any hair left. That said, I don't believe they reached the temperatures that they do today, thank goodness.

3. Use A Literal Clothing Iron

The process was simple: You turned on your household clothing iron, waited for it to heat up, laid your head on the ironing board, and used the clothing iron to flatten your hair. The safest — I use the term very loosely — way to do this was to get a friend to help you. But the entire event was just an accident waiting to happen.

4. Clamp Straighteners For Way Too Long

My adolescent mind believed that the longer I clamped my straighteners down on my hair, the straighter it would be. I thankfully chickened out when it started to steam — otherwise I may have burned my locks off.

5. Brush My Hair A Ton When Wet

Growing up, there seemed to be a beauty myth that brushing your hair 100 strokes every day made it grow longer. However, in the early '00s, I was old enough to know that this wasn't true. Regardless, I thought that if I made sure my hair was absolutely tangle-free when it was wet, it'd become silky straight.

If you ever had head lice as a kid, you'll likely be familiar with the nightmarish nit comb. This comb had super fine teeth that were packed in close together in the hopes of catching lice. However, it made sense to me to brush my hair with my old nit comb occasionally, in the hopes that it might somehow straighten it. I was desperate, OK?

During my friendship group's emo phase, at least one of us had a pair of straighteners in our bag at all times. You could never be sure when a frizzy-haired emergency might occur.

8. Use Straightening Irons In The School Bathroom

Whenever my friends and I felt like our manes were in jeopardy of becoming frizzy, we'd rush to the school bathroom and make touch-ups. This was usually during recess or before a big event like an after-school gig or in preparation for a concert. Nowadays, health and safety officers would likely have a heart attack at the thought of teens using electrical hair tools in a place with so much water.

9. Never Allow My Hair To Get Wet At Any Cost

If there was any hint of moisture in the air, I knew my freshly-straightened hair would be screwed. Moisture made it go all big and voluminous, so I'd need to avoid it at all costs. This usually involved wearing a hoodie.

10. Go For Days & Days Without Washing My Hair

Freshly-washed locks meant I'd be rocking puffball hair all day long, so as much as I hate to admit it, I'd put off washing my hair for as long as hygienically possible. Of course, I'd shower and bathe daily, but I'd wear a cap to protect my sleek mane.

Although this meant I didn't need to go through the hassle of washing and straightening my locks as often, it did mean I'd end up rocking super slick, greasy roots at times.

11. Use Way Too Much Smoothing Oil

As a teen, I was confused as to why my hair would get so greasy so quickly. I wasn't aware of the fact that the copious amounts of smoothing oil I was lathering onto my locks after straightening were actually the main culprit.

Aside from a hairdryer, I rarely use heated hair tools nowadays. But if I could turn back time, I'd make my younger self read this list. Straight hair was definitely not the be all and end all of adolescence, even if it seemed to be.

More like this
The Chicest ’90s Updo Hairstyles To Try
By Paris Giles
15 Must-Have September Beauty Launches, According To Our Editors
By Rachel Lapidos
This Week’s New Makeup Releases & More Beauty Headlines
By Audrey Noble
Your No-B.S. Guide To Female Pattern Hair Loss Treatments
By Parizaad Khan Sethi
Get Even More From Bustle — Sign Up For The Newsletter