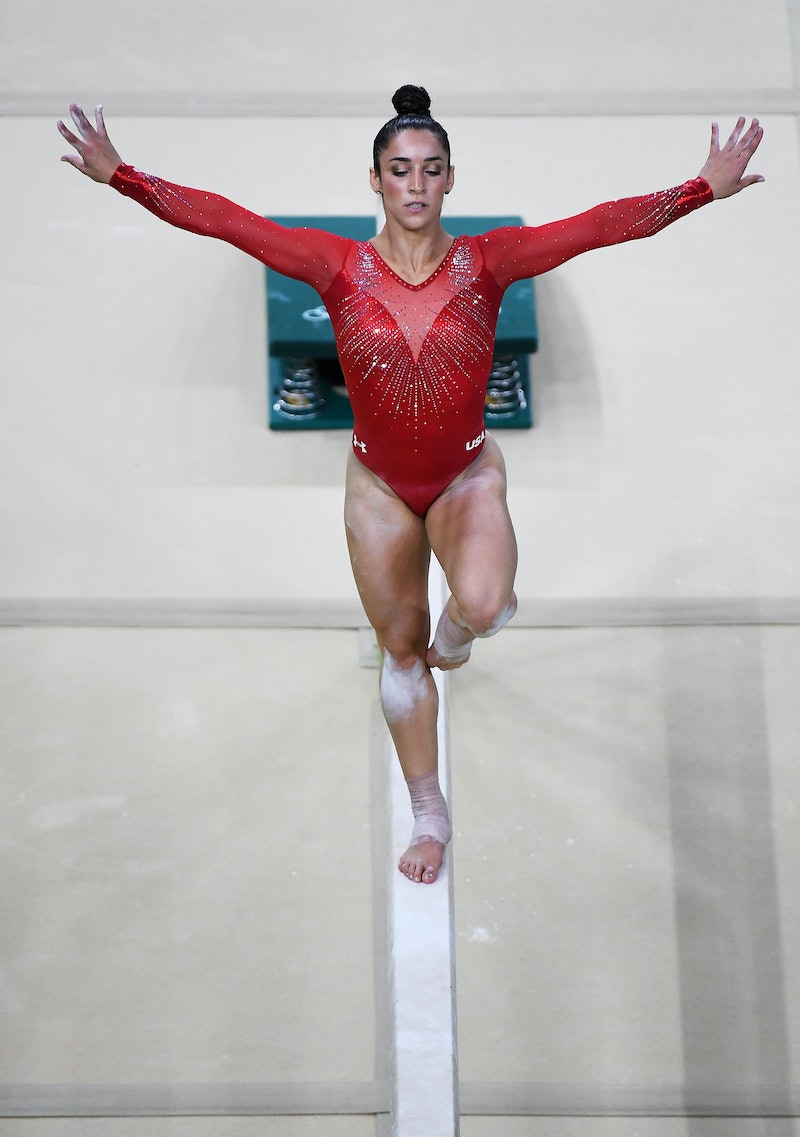 When you think of Aly Raisman, her makeup is probably not the first thing that pops up, naturally. Olympian, insane athlete, and down to earth young woman may be the first three, but Aly Raisman's makeup at the 2016 Rio Olympics has definitely been catching major eyes. Twitter is totally exploding with praises for both her incredible feats in gymnastic and her beauty lewks that are totally slaying.

Team USA is all about the details. From their precise moves, whether they're sticking moves on the vault, uneven bars, the floor, or the beam, to their bedazzled leotards (The New York Times reports that this year, Team USA's leotards will have close to 5,000 Swarovski crystals each), every last detail counts. And for Raisman, it's all about her kickass moves and her beauty routine.

Raisman knows what her fans want, and she delivers. She's out there to win gold medals and beauty fans, and she's also a fan of posting her makeup looks on Twitter for those who are interested. Whether she's showing off her dewy skin or her eye makeup, she gives her fans a full look at how she's chosen to glam squad herself that day. Because of course she's kicking major butt with flawless makeup on, too.

And her look for the team final was killer. So subtle, yet so good! It looks like her fans on Twitter are gushing over her beauty looks, too.

Aly, girl, you gotta tell us more! What do we want? Your makeup routine! When do we want it? NOW! In all seriousness, though, I'm in constant awe of how incredibly talented this 22-year-old powerhouse is.

Now, if somebody could leak her routine and then the Frank Ocean album right after, that would be great.